The tragedy of marriage is that women think that man will change, but they won’t. Men think the woman won’t change but they do.

I heard this sentence yesterday on Netflix. I immediately had to write it down. Just like I wrote down a previous sentence, that I loved: I fit into that crowd like a fart in a crowded elevator.


So what have the two sentences do with each other? How can they be in the first two paragraphs of an article?

I tell you how.

I have been observing friends and their relationships, and from what I see, I desire no part in it, I mean I want NO romantic relationships.

In all my work I “fight” for authenticity, dignity, self-awareness, and relationships are a hot-bed of none of that.

Let’s look at how relationships start:

Now, let’s look at the man:

It’s not going to work. The two parties want the exact opposite.

The result: unhappy marriages across the globe.

My younger brother married a girl who was also a dog-fan, and they met on the dog walk hill in Budapest. They didn’t meet outside of that for a long time. They have been married for 35 years.

The problem, if you really look at causality, is women. Women want to change back to who they really are, and want to change the man to someone who matches that.

You see, by teaching authenticity, I may be able to cause some women to be who they are, and attract the man who is a match to that.

if you don’t love yourself, how are you going to love the one who is a match?

So, the first step for a new culture of “love” is to teach you to love yourself. If you don’t like something: you can change it any time. No one is holding you back.

When you activate your Witness aspect, the Observer, the one that loves you exactly the way you are, and loves you regardless of what you aren’t, change become easier.

I won’t say “easy”. Change is never easy. But possible.

And now, here is the big bomb… You, the mother, bring the same attitude towards your child. Your child is NEVER the way you want them, never smart enough, never clever enough, never anything enough. So you try to change them…

This is exactly what happened to you! That’s why you don’t love yourself!

And the cycle of abuse continues, uninterrupted… unless… unless YOU fall in love with yourself.

A bad marriage is like an electrical thrilling machine: it makes you dance, but you … The tragedy of marriage is that while all women marry thinking that their man … 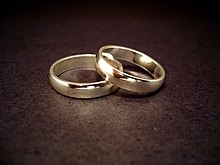 11 thoughts on “The tragedy of marriage”