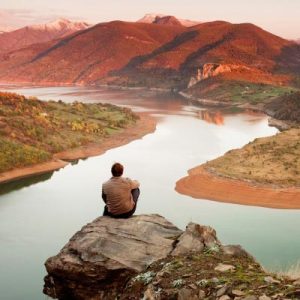 I woke up this morning with despair in my heart. My life looked hopeless, not a ray of light. I started to plan what I needed to do to get my affairs in order… because living with no hope is worse than dying.

I got lax and got re-infested with mites… and once you tasted freedom, slavery is intolerable… it effected me badly.

Then I said: it looks hopeless, but what if whatever I am asking when I am doing muscle testing doesn’t know everything? After all not all things are knowable…

So I set out to be called (guided) to ask different questions, until this hopelessness breaks.

I didn’t have to wait long. I made a cup of tea, and felt like sweetening it a little… And that gave me a new question: what if the mites don’t like sugar? I remember reading once that when you have a big wound, putting sugar in the wound will disinfect it… Counter intuitive, and I think that is exactly what I’ll need with these little beasts.

So, I am going to test sugar… the number one poison 1 of humans… maybe it will poison these little buggers?

It needs testing, testing when I am sober, aware, and not in wishful thinking… when I can be an objective scientist… hah… dream on sister… lol.

I went for my weakly chiropractic adjustment. Almost as soon as I settled on the chiropractic table, I felt the mites crawling all over me, my face, under my clothes. It has been this way ever since I distinguished mites… before that, even if I itched, I didn’t associate it with mites… Me? Mites???!!! lol

Now, what do you do with that information, right? Tell the guy he is a mite-distribution station? Teach him how to lay traps to thin out the population of mites in his office?

Must do something… grrr.

I, myself, haven’t seen any private clients since I knew that I had mites. It’s hard, because half of my income came from that.

But I can’t look in the mirror and say: I am patient zero… whatever that means in my case.

I said thank you, and proceeded to connect to him. It took me almost 10 minutes to be able to tolerate “being him.” I suddenly felt hot… had to strip my clothes off. I felt thirsty, I had to drink. My eyes were burning…

I sent him my findings. A day later he sent me an email that I very accurately described his situation. He let me in on some more symptoms I missed.

I set down and meditated what could cause it… I felt parasites, similar to the kind that cause Lyme disease, in his lymph system, not bacteria, but a parasite.

I instructed him to ask his doctor.

I have been dabbling in this, and so far I’ve been accurate, but I have been humoring myself… not taking myself very seriously.

What if? Maybe I could even make a living? Pay my rent? “Be still my heart… lest you explode.” 2