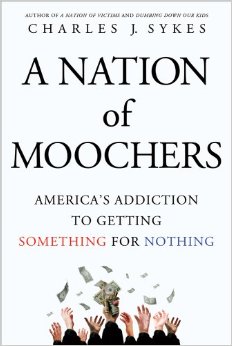 If you are a student and you pick and choose what to read, you’ll end up with an incomplete knowledge of what I teach.

It’s like learning some letters of the alphabet, and not the others…

If that is you, please examine your reasons of being on this site, and start telling the truth: you are not here to become all you can become, you are here to consume.

The world has two types of people, the producers and the consumers. This is obviously just one way to look at people, but it is a very interesting angle, you’ll see. Because their behavior, their principles, their mindset is very different.

You can move from one category to the other, but not without giving up your fundamental life philosophy. Very few are willing or able to do that.

In my work the biggest and most obvious clue is what questions people ask.

One question indicates that they are not willing to do the work of thinking, understanding, seeing, widening their cone of vision. They are expecting the answer, and once they get it they will be done.

Bringing in a newer distinction: these people ask questions from Mother-child, the field, where they don’t have to earn anything… the archetype “Mother” will give it to them unearned…

These are your consumers.

I cannot and will not work with consumers.

The tale of the person who complains to “Jesus” for abandoning them, in the footprints in the sand tale, are your consumers.

They are not worth energy from me: they will consume it, and won’t turn it into gold.

If you want to work with me, all your energies need to go into turning yourself into a producer, and move into the father-child field where you do your own work with my guidance, where you don’t get anything done for you. Including your thinking.

It is possible. Is it likely? I don’t know, but I don’t think it is very likely.

Why? Because the world is dominated by consumers, and the whole prevalent world view belongs, caters to consumers.

Now, just one more look at: can you change?

In my article where I show you how the horse is trained to know what is important, what is relevant and what isn’t… I talk about the inner voices: the “IT” that defines YOU, by not being YOU. If this didn’t make sense, please read the last 4-5 articles, carefully, so you get what I am talking about. What is a distinction should be your guiding question.

Oftentimes I ask myself the question why I just give my pearls to the tune of 3,000 articles. But articles, knowledge are not pearls, they are energy. And you not using the energy, not benefiting from the energy doesn’t diminish it.

Only when the energy meets the like energy it is used… and it is my pleasure and privilege to contribute to those who can use it.

And it is not my concern what you do with it, if your energy is not like-energy…

OK, here is an old article where I say more… 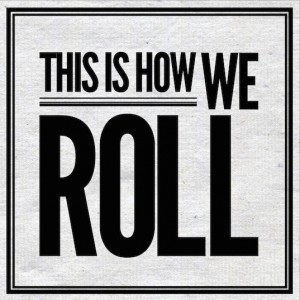 In my culture, it was self-evident that if you wanted more you had to be able to give more.

It was also self-evident that without foresight what you had to give was probably not worth much. So people read books, did their homework, did learn all kinds of things as extracurricular activities, so when they wanted more, they had something valuable to trade. I am skilled in 19 professions.

My first culture shock was back in 1980, when I first hired people for a building-land development project of mine. They were, obviously, from a different culture, ignorant, entitled, nothing to offer, and they didn’t even know it.

I left Hungary, partially to escape this cultural gap: I thought it was the Hungarians.

But when I watch people today, I can see that “my culture” was a absolute minute minority, and the majority culture is the opposite: expecting something for nothing.

I have been in the United States for 30 years. I know two people who are seemingly from the same culture I am from: a chiropractor who always grows himself and his knowledge, and one of my students, who learns new skills, teaches her children to be more, to build skills, to build core strengths, so they can easier and faster build other skills on them in the future… her husband is the majority culture: has one skill, that’s it. No ambition to be more, do more, master more.

It is a culture clash. The rest of the people I know may read books, websites, but don’t build skills, or not consistently, and don’t have more to offer from year to year… they stagnate, and yet, they want more money.

People want more money. They want more experiences. They want to be able to do more, enjoy more. But they have no core, no values to offer, no foundation from which to build. There is not a strong self, just something amorphous.

They probably have a job, and work so they can spend the money.

They do as little as they can for the money, and don’t think there is anything wrong with it.

In the book ‘The Science of Getting Rich’, Wallace D. Wattles introduces the concept, “a certain way”. Many, millions of people read the book, and nothing changed. 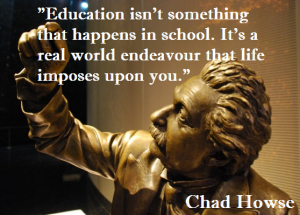 The ‘certain way’ is a way of putting effort, care, power, into your doing… and it seems that it’s a stumbling anti-cultural concept… flies in the face of “getting away doing as little as you can…”

Then people say: I will raise my vibration to the vibration of money: I’ll buy some activator, and it will do it for me.

They try to exchange money they got for hardly any work, for a thing only serious work can produce.

Raising your vibration is probably the hardest work you’ve ever considered doing, because it is a cultural change. Moving from the culture of consumer (or second-handers, moocher using Ayn Rand’s terms) to the culture of producer.

Your vibration is very consistent with the culture you live… entitled, working for a living, wanting to be somewhere else than where you are, doing something else than what you are doing… 130-140 on the vibrational scale of 1-1000.

So, instead of being frustrated with you, I am putting all my energies into learning new things, getting better at what I do, and doing what I do in an exquisite way, always giving more than what I am getting, producing value 24/7, and don’t give a hoot about what you are doing… Because if I did (I have tried) I would want to die. But at the minimum I would be angry and miserable.

I pay attention to what I am doing, and not worry about what YOU are doing… whew, that was a close call… Sigh… I am better now. Thank you for letting me vent and turn myself around on a dime.