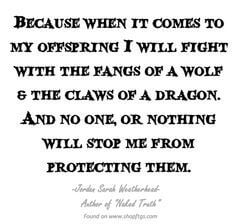 Having a child is like causing your own immortality. Your genes live on in your child, and your ego really wants that child to be the best… better than you.

You want to live through your child, and you want it to be glorious, even if your actual life is… hm… shitty?

The child, by the way, considers this an unfair binding… and resents it, wiggles out of it… the child wants to be free, make her own mistakes… have a life that is hers alone.

That is the norm.


I was already Nicht Normale… not normal, when I was 16 (and probably way before that, lol)

Earlier that school year I was expelled from a high school, and my father put me in the best high school in Hungary… I think he had to use his connections.

After having been at the top of my class in the previous school, in the new school I was third from the bottom.

At the end of the school year they asked my father to take me to another school where I would be doing so poorly. My father asked them what it would take to keep me… and he used his influence, in the government, to get them a closed circuit television system… my school was a teaching school, teaching future teachers…

I don’t remember how I found out. But the next school year I completely changed: I wasn’t going to allow my father’s sacrifice to be for nothing.

Now, the thought: I am not going to allow my father’s sacrifice to be for naught… is a very high vibration, very rare attitude, I haven’t met it in anyone…

The normal attitude is to continue doing the bad stuff and have excuses, reasons, why.

Now, I am getting to the point: 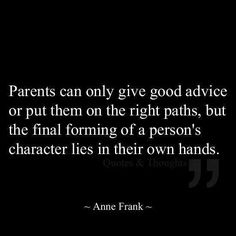 A student’s child , she writes, is giving her trouble.

For about a month my daughter’s behavior has become uncontrollable. Every day she has moments when she is very angry, hateful and ugly to her brother and me, except her dad. He spanks her so she is afraid of him.

She knows that she is like that and she always asks me “Mom why am I so angry, so hateful, I yell at everyone? I don’t like myself like that.”

Once rage is over she so sweet and kind.

I want to make everyone happy, if I can. I want you to feel good about yourself and your child… if that is possible.

And yet, my number one commitment is to the truth… you have the right to know the truth, even if it is unpleasant.

My answer is probably the cruelest answer I have ever had to send to anyone:

her soul correction is “eradicate plague”… or stop causing mayhem and havoc.

You need to teach her to express her anger in objective terms, instead of outbursts or violence.

she is neither an empath, nor a sensitive. Her consciousness is very low, 100, plagued with envy, jealousy, desire to receive for the self alone, a nasty little piece of work.

She is probably personally offended (like your husband) that you have a life outside of paying attention to her, that there are things that are important to you.

she has no attachments. She is just low consciousness low vibration person, much like your husband.

The real bad news in that situation is that each soul, each person has to do their own soul work, you can’t do it for them.

What do you think a mother can do with that child? What would you do?

If I get enough comments, I’ll put in the comments section what the mother decided to do…

PS: update: You want to notice that you either

Far far from who you claim you are…

Worse than even that: what happened is so important that you may even want to fake an intelligent answer so you can hear it!

It’s not heading that way!