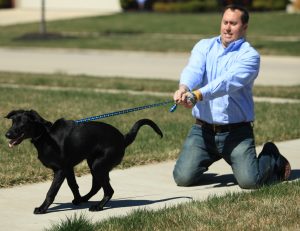 I woke up this morning and noticed that I haven’t been very busy. not much to do. I mean I am writing my articles, doing the services I promised, but not busy. I didn’t feel on the leash… delicious.

I wonder what I should do, now that I am not busy.

I came up with the idea to write a book: The empath’s job in a world where people are going numb.

This is what this article is about. So you, at your place, in your person, arrest or maybe even reverse this seemingly unstoppable process that has resulted in your misery, carefully hidden, across the world, maybe even China. Who knows?

So what can a person do? On one hand they need to, have to, should a ton of stuff… on the other hand they are jerked by the ‘I wanna…’ urge.

What is disappearing is your bounciness, your buoyancy, your aliveness that is caused by the Self. The Self that is an inner direction, like the air bubble in a tea-bag bringing it to the top of the cup of tea, like the air in a basketball when it is forced underwater… It will always bring it up to the surface. Always.

In some part of your being you know that you are trying to survive underwater, pulled down by the having to’s and the wants and all the forces in-between.

You sign up to all the things you sign up to, so that to get that buoyancy back. So that you get the Self back. To get back the sense that you are you, and all those forces upon you are not you.

Is there a solution?

There is no instant solution. There is a moment to moment solution. I discovered it some 15-20 years ago. I submitted it to Landmark as a proposal to include it in their curriculum, but they pooh-poohed it. It was above my pay grade to have brilliant suggestions accepted…

That is when I started to sense that Landmark is about Landmark, and not about what they say they are about… making a difference, transformation: happy horse shit.

Anyway, as you can see, I have a grievance with Landmark… lol. Still hurts. I am still tightening up from the thought…

So, the moment to moment method:

Observe yourself to see if what you are weighed down by (when you feel weighed down) is any of these: having to, needing to, wanting to, or should. This method or process says nothing about what you’ll do after you let go. You probably will do all the things those ‘commands’ tell you to do, but from a freedom place. From a freedom of choice place.

When you let go of fighting the ropes that pull you in a direction, you can just go with them, and feel fine, maybe even good. The illusion of resistance

You should test it out. Hook a rope around your wrist or ankle. Tie the other end to a fixed object, or ask someone to hold it and pull it for you.

Test out: if you resist the rope, fight against the pull of the rope, the rope goes taut, it hurts you, and the rope doesn’t care. Now go ‘with it’. See, feel the difference. The rope goes limp.

If you ever want to get untied

If you ever want to get untied, and from certain obligations, you may want to… the first step is to stop resisting, the second step is to go close to that which you want to ‘ditch’, maybe even embrace it. Then, and only then, will the rope slip off of your body and lets you go in a different direction.

Most of us feel we are being dragged through life, against our will. But it is our doing, mostly. Resistance creates the illusion that it’s being done to us. 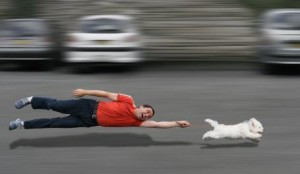 The Black Hole, or our DOOM

The strongest resistance we feel around the ‘black hole’ of our doom. It’s not a real black hole, but it feels really real.

In fact, it’s possible that all the have to’s come from that black hole. I’ll spend some time looking at that.

The black hole, or our doom, is a future that we invented. It is our probable, almost certain future, it feels inevitable and therefore it has to be resisted, needs to be fought.

Is it inevitable? It doesn’t matter. Because the resistance WILL make it happen whether it is or isn’t.

The resistance anchors you to that black hole, to that doom, and then life is about flailing, fighting the seemingly inevitable.

History, wars, animosities are a great ‘macro’ expressions of that. 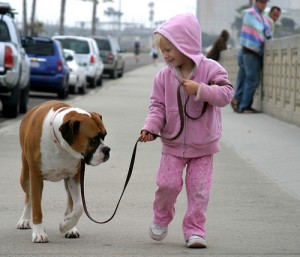 Now, I could tell you to embrace it, but my hunch is not one of you will be able to.

I have been teaching ’embracing what you fear the most’ for 19 years now, and so far not one person has been able to actually do it.

Instead, I have invented a method with which I can remove the anchor to it, albeit the pull of the black hole is still going to be there.

There is no way I can disappear the black hole, or your doom. You have established it, and it has been real for you. But I can cut the chain. I can cut the rope. I can raise the anchor.

After I remove the anchor

You will want to choose to be mindful of it yourself. That way you can walk away from it. Swim away from it. No force, no resistance. You can live a full life barely feeling its effect on yourself. Just like the way you don’t resist gravity. You live with it. You don’t ignore it. You are mindful of it.

And if being mindful is too much to ask of you: you can do the mini-process I described above, frequently enough so you can swim away again and again. The mini process of feeling the resistance, your resistance, the rope becoming taut, and then simply let go, and feel the rope going limp.

The asking yourself: is there a having to, needing to, wanting to or should present? And if you find any, let it go of the resistance.

All having to, needing to, wanting to or should is an invented, a manufactured rope only exists in your mind.

Unwillingness is the root cause

I have said before, that the bottom-most attitude of a human, any human, is unwillingness.

Maybe that’s why humans have risen above all the other animals. Maybe that was the spark?

If you are miserable, it is an indication that you are unwilling at the core.

Unwillingness creates resistance… and counter-intuitively, slavery to the thing you resist. The capacity that takes you to the next level of human

As long as it’s a knee jerk reaction, you are doomed. I mean it.

After I remove your ‘anchor to doom’ attachment, it will be easier to do. But still, it is YOU who has to do the work of freeing yourself from the slavery by letting go of your resistance. Resistance is what keeps the black hole of the doom strong.

Without pulling the ‘anchor to doom’, your life will still be about the doom that you resist. Guaranteed.

Get your doom pulled. Get off the leash

I pulled my own two days ago. Amazing. The freedom. The liberty. The sense of vacation… lol.

I want that for you too.

Go to step 2
PS: I wrote and published this article back in 2015. It marked a huge turning point in my life. Almost instantly I had the power and the energy to stop working as a masseuse and do this coaching thing full time. I stopped being afraid of my doom, homelessness and such.

Suddenly I was free. Free from the pull of the leash, free from fretting, free from having to.

The second huge turning point was created, since then, by adjusting my predatory genes. Because those are slave-masters too… the predatory genes. Or if you have too few, you are a limp ‘pencil’, still not have enough will to be free, to be your own master… no personal authority.

Muscle test says I am done, I am cooked, I am a human being.

I want that for you too. Don’t you?