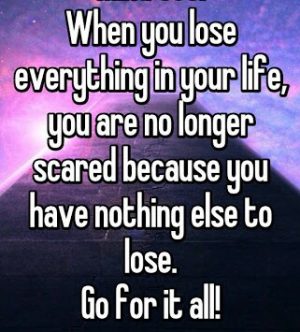 Whether it is tangible or intangible, chasing it is the surest way to never get it.

The ITCH we all have, the thing we chase is one of those things.

Whether it is success, happiness, respect, love, being well thought of… and myriad of other things…

I have a student who wants to be thanked and acknowledged. He does a lot of good things, and he is never thanked. He is still surprised… He says that the Law or Attraction people told him to want it and want it even more… yet the laws of nature cannot be rigged… not even if you call it a law that isn’t… the more he wants it, the less he’ll get it. 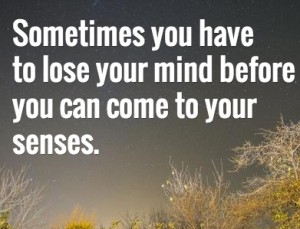 This morning I engaged in an unusual conversation with myself, and Source. I was still in bed: it was warm in bed, cold in the room. With the covers pulled up all to way to my nose, I asked myself: do I get enough enjoyment out of life to make it worth for me to live? Worth for me to get up…

I muscle tested. That is how I ask Source… The answer was yes. When I looked why, I saw that I am still curious of how certain people will turn out. Curious how certain things will pan out. I still enjoy my tea in the morning. I still laugh more often than frown. Yes.

The next question I asked: If I had to live with this unbearable itching, or if I got this Corona virus? And the answer was NO.

I have something to lose other than my life

I’ve read it somewhere, that when you have something to lose, life loses its taste, life becomes about protecting that thing that you could lose. Whoa, that sounds bad, but sounds about right… 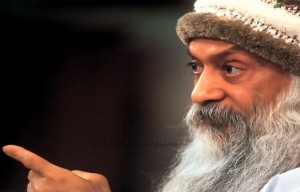 Here is a zen story from Osho about something to lose:

An ancient story says that one master and his disciple were moving from one village to another village. One time they were leaving one village late. The master was continuously looking into his bag. That he had never done before. And the disciple was also thinking, “What is the matter? Why does he go on looking into the bag, and then close it?”

And again and again the master said, “We should go faster, we have to reach the next village before sunset.”

The disciple simply could not believe it, because there had been many nights when they stayed in the wildest parts of the forest where there were all kinds of dangers and the master had never bothered. They had slept soundly under the trees, knowing perfectly well there was danger all around. But what happened today? He wanted to reach to the other village before sunset. There was danger – what kind of danger? So when the master started drawing the water from the well, the disciple looked in the bag. And then he saw what the problem was: he was carrying a golden brick, a full brick of pure gold. He knew now what the danger was. So while the master was praying – and he was praying quickly, and fast – the disciple threw that golden brick at the side of the well into the forest and took a stone of the same weight and put it in the bag.

The master quickly finished his prayer and immediately took the bag and felt the weight. The sun was setting and it was getting dark. Feeling the weight, and touching the bag, he was perfectly satisfied. They started moving and the master said, “We have to run. We have to reach the village anyway, we cannot stay in the forest in the night. It is dangerous.”

After two miles of running, both were tired, huffing, puffing.. Finally, the master said, “It seems we are on the wrong track because there seems to be no village ahead. Far away we can see – not even a single light. And the danger is there.”

The disciple said, “Don’t be worried, I have thrown the danger away by that well.”

He said, “What!!” He looked, he took out the stone, and he said, “You threw that brick of gold off? I told you to keep it carefully!”

And the disciple said, “I have kept it carefully! For two miles you have also been keeping the stone carefully. Not knowing that it was a stone, you were worried. Now can we stay overnight?”

He said, “Now there is no problem! You really threw away the whole danger.”

They slept very well in the night.. 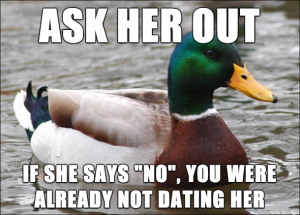 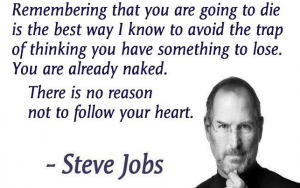 Now, the significance of this story is the last paragraph. If you don’t know this, you carry a stone as if it’s gold. 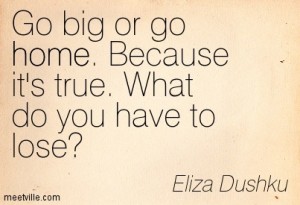 I still think that respectability matters… but as long as it does, it fights for your life… against Life… it competes with integrity, authenticity… it is a killer of life.

I had never seen that before. I had never known what I am handing my life over to… as if my life were nothing of value.

What are you protecting? What’s in the bag? 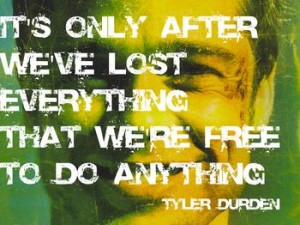 A friend of mine is protecting something… it prevents him from doing reasonable, doable things to replace his income in his main job. He is only willing to engage in far out money making schemes, like day trading… What is he protecting? Any suggestions? I don’t have words for it… But maybe you do… Please comment below.

Please know that if you want to see another person, you need to look NOT from behind your own eyeballs, but sideways. That way all your judgments, and value system, and standards and ideals will not make you superior: you need to look with sober eyes.

To look from the sideways view, you need the Driftwood capacity to be open. It is the gateway or linchpin capacity that enables a person to access higher spiritual capacities…

What is the work? The work is using the invisible distinctions, capacities, to look and see and change your actions consistent with what you see.

Knowing, understanding is not the work, even if it may be part of it. No knowledge will make you look, no knowledge will allow you to see… only looking, with sober eyes, and have something to see.

Go to step 2
For instructions, go to this article