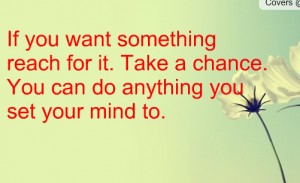 It is in the unsaid, it is the obvious that doesn’t need to be said, that dominant beliefs that keep us poor, miserable and sick are beliefs that are negative, about ourselves, or about money.

Men have it more than women, by my experience.


It follows the lines of “you can have anything that you put your mind to“. Now, the fact that you have no idea how to put your mind on to anything, doesn’t even occur to these people. Because putting your mind to something is hard, and will result in a lot of work… because nothing is available in reality without work.

This false interpretation leaves out important factors when it comes to achievement:

Most everybody would laugh if the gurus came out with courses, like “The pushbutton method of becoming a championship boxer”, or “Become a Metropolitan Opera Singer by the end of the year” Because everyone, even you, can see that you need talent for these occupations, for these results. 1 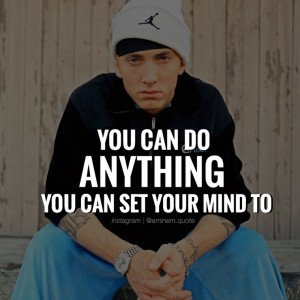 The whole culture is delusional, and with it you are delusional too.

And it is perpetuated in the microcosm of your life by your mother and by inspirational memes and literature.

Only the tough ever succeeds.

Intelligence, measured by IQ, doesn’t change in a lifetime. What may change and appear as more intelligence, is awareness, being present, patience, focus, and such. But all those can only use your available IQ.

And I am talking about average. Some people have high IQ, so many people have IQ lower than 80. Some are my readers. And they ask me how to make money. How to succeed.

After I pull the therefore and the anchor-to-doom 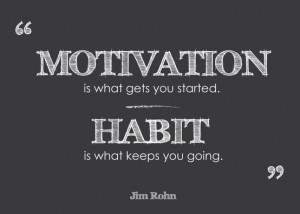 After I pull the therefore and the anchor-to-doom they have a chance to build up some healthy relationship to themselves and to reality, if they do the work in the Reclaim program, but chances that they’d to the work is miniscule.

Because, as I said in a previous paragraph:

This interpretation leaves out important factors when it comes to achievement: 1. intelligence. for lack of a better way to measure it, your IQ. 2. Your set of skills 3. your talents 4. your natural inclinations 5. your habits 6. your environment

One of those will sure as hell stop you.

I myself have to make some changes.

For the past 10 days or so I have been angry. Angry on several levels above where I used to be angry, but angry nevertheless, and not any more pleasant than before.

Today I discovered that “accidentally” I put the meaning of my life outside of myself. I said, that my life is about making a difference… and misery followed as surely as night follows day.

I caught myself… in a conversation. The Reclaim is like that: a private conversation where you can catch yourself.

I caught myself, and dropped that “meaning”, and returned to a meaning I have control over. I returned to “My life is about growing and activating as much of my DNA as humanly possible. Why? To create precedent. Am I the first? No. There have been people with this goal before. But I am already ahead of them… and there is still ways to go.”

Is this meaning about you? No. If you are stupid, if the government is stupid, if you don’t follow instructions, will it now touch me? No. And that is the point.

It makes me untouchable. I like it. I keep it.