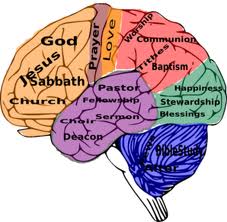 This article is the beginning of an inquiry. An inquiry into how and why humanity evolved backwards. How humanity has lost the capacity and interest in using their brain for constructive thought, reasoning, questioning, inquiry.

Humanity has four distinct brain capacities that place us above other animals.

According to Researchers we have four abilities we can perform with our human brain.

Humans can generate a wide variety of words and concepts. We do so through two modes repetition and combination of sound.

‘Promiscuous combination of ideas’, allows the mingling of different domains of knowledge such as art, sex, space, causality and friendship. these generate new laws, social relationships and technologies.

Mental symbols are our way of encoding sensory experiences. They form the basis of our complex systems of language and communication.

Abstract thought is the contemplation of things beyond what we can sense. But unfortunately to us, capacities are just capacities.

For example, a door can be opened and closed. But someone or something has to open that door… And that something can be machine-like or conscious.

In the beginning of our time, the time of the human race, our understanding of cause and effect was very poor. Natural catastrophes, storms, eclipse, celestial events, like meteorites, and comets were daily happenings.

One of the brain’s capacities is to look for the cause. But the cause is almost never visible. or it is not in the narrow cone of view perspective we had. And it still isn’t inside the narrow cone most of us still has.

Many explanations pointed to invisible beings, gods, ghosts, spirits, witches, devils, and such: they are causing all that mayhem and havoc.

Humans are naturally looking at themselves, their feelings, actions, thoughts as cause…

And then, someone came around and suggested that the gods know what you do, what you feel, what you think, and they punish or reward you depending on what a particular god likes.

All these invisible entities, ghosts, gods, spirits are imbued with anthropomorphic qualities: humans create their gods to their own image… jealous, possessive, vengeful, cruel, angry gods…

And like with other humans, they tried and try to manipulate these gods, etc. to favor them, by prostrating themselves, by sacrifices, promises, piousness, and such.

Then came along THE BOOK, presenting the worst god ever, and a world view where humans are less than dirt, and all they can do is dance to the tune of this cruel god… and its minion, the priests, the churches, religion.

Humanity thus under the yoke of religion started to devolve… go backwards, and lose its ability to use their brain capacities, especially the capacity for reasoning, seeing the big picture, telling truth from falsehood.

This is the state of humanity as we speak.

Even if you consider yourself ‘not religious’ you live by the truths, commands, of some deity and its threat to kill you and yours. That threatens or promises to influence your fate.

This is the main reason REAL coaching programs are empty: the only thing that sells courses is adhering to the world view of magical forces where you don’t have to do anything.

So if this is the case, what am I doing writing all these articles, you ask?

So I am talking to the select few, the one in a million, who, for some miraculous reason, has enough individuality to go for a prison break, and escape, and a life suitable for the peak of ‘creation’, a human going on becoming a human being.

You know I grew up in Hungary, and the state religion was there Marx‘s teaching… almost as limiting as other religions, but not quite…

And yet, when I talk to my older brother, a millionaire money man, I am clear about the limitation of that world view…

Ultimately It took me several wild turns to rid myself of the limitations. The limitations of a world view that don’t allow you to look beyond the visible.

And the biggest price you pay with your religious world view is this. You have no capacity to take responsibility, to assign yourself as cause in your life.

Responsibility is your access to your own power. and your power is enormous… but not magical.

and it is frowned on by ALL religions. even newly created ones. They are and have been touting, similarly to Christianity, the power of your mind, your thoughts…

All are limiting to you. And all are frowning at you taking complete responsibility. after all if you do, you don’t need their hocus pocus… and hocus pocus makes money for them.

I feel fear as I am writing this. But I have been using fear as guidance, to show me the direction to push… push towards the fear, not away from it.

The presence of fear shows that you have an opportunity to summon courage. Summon courage and do what you fear.

One in a million… Is that calling to you?