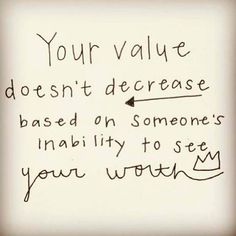 I wrote this article in 2015-ish. This article expressed a turning point in my work… read it fully if you can.

But truth be told… I have learned so much in these three years… that the new course needs a lot of work… maybe not a lot of time, but a lot of thought and technology. And now that I am working on some new activators, my understanding of activation has changed dramatically… Keep reading.

There are two kinds of activators.

2. feeling type activators: these are explained below

I have spoken of the test I took, where I discovered that I didn’t have 70 feelings from a list of 100. I didn’t know how they felt. I knew the words, I may have even been able to recognize it in another, but myself… I had never felt them.

To activate those feelings, that is one type of activator. We had a ton of these in the last Second Phase Activators course.

And then there are the DNA activation type… where the capacity to do, be, have…

I am seeing that in the Second Phase Activators course we didn’t activate many abilities… I didn’t, couldn’t see the distinction between feeling and capacity…

The newest activator I came upon this past Sunday, “the capacity to see the consequences of your actions… or any action” is an ability activator.

I will have to look for the order of these activators, so they build on one another.

And the biggest challenge, at this point is to bundle the feeling activators into one big download so the process doesn’t take me hours per person… because it would be too expensive.

Not that it wouldn’t be worth to be able to feel all those wonderful feelings… I just don’t want to work that much.

So I have my job cut out for me.

In the meantime I got lucky, and some people are paying me to install both types of activators, so I can work on live people, not in theory, and even get paid for it.

There is nothing better than that… lol.

More about the difference between feeling activators and ability activators

Yesterday I was coaching a client at her request. I don’t do this, as a rule, without getting paid, but the capacity I called “The Sight”, which is really your third eye… the capacity to see the consequences of your actions told me to coach her.

I had no idea what I was going to get, but I trust The Sight, and I coached the person, in email back and forth. You have the copy of emails in my previous post… minus two exchanges after I published the article.

The real value, for me, came in those emails.

I am going to explain, because even after reading the emails you won’t be able to see what I saw.

You mean describing that warm fuzzy feeling of having gotten what you wanted. Liking what you got. The temporary satisfaction of receiving.

What I mean when I say appreciation is a capacity. The capacity to see what is valuable. To see people’s desires, their self-interest as valuable. Maybe not for you, but valuable nevertheless.

The capacity to see value, at least on one of the three levels: intrinsic, extrinsic, systemic levels. And give it value… like a nod.

Appreciate comes from the Latin, and means “set a price” i.e. value.

It is a capacity to see value even when you don’t like something. Even when it is not a value for you.

So, you see, in that interaction what got distinguished is that almost all capacities have a feeling component.

Almost all capacities have a feeling component.

Some people don’t know what appreciation feels like, and therefore won’t feel it… and having no feelings of appreciation makes you very disconnected from other people and from your own life and yourself.

And nearly no one has the ability activated, the capacity to see value where value is. The value can be zero, by the way, a zero is a value.

In the issue the client was dealing with, the mother in law liked to help without being asked, without being interfered with, cleaning her son’s house, doing their ironing.

But not for the daughter in law… for her the only thing that is present is a violation of her boundaries.

So she can’t express, authentically, an appreciation for who the mother in law IS (warmth, love, caring), and even the extrinsic value, the one you can put a price tag on, has little value for her, because of the way it happens.

So my coaching was way off… I coached her from the dizzying height of someone with the capacity of appreciation active… instead of from where she was at.

Confession time: most coaches coach you from where you are, because that’s where they are too. Some are lower…

I cannot, I am not able to see the world from where you are… not really. So, for coaching like that, I am pretty useless… unless she has the capacity that is missing activated, so she can have the results of my coaching: love, connection, appreciation, and peace with the husband, and peace with the generous mother in law.

I don’t know if it is clear to you that the more abilities you activate the richer and more satisfying life becomes… also a ton less stress, believe me.

With that said, I am continuing these amazing experiments, so I can make a lasting, irreversible difference in your life.

PS: I’ll say it clearer here: your intrinsic value cannot be seen by someone who doesn’t have the ability “appreciation” turned on. Not the feeling capacity… I hope it is clear now. Appreciation is NOT a feeling… although it has a feeling component.

PPS: As I was looking for pictures for this article, I was stunned by the thousands of method people sell to activate your DNA… all of them fake, ineffective, whether it’s energy, audio, drops, words… ineffective…

I am suddenly not surprised that not all of you wanted the new ability, The Sight, turned on. I would call it something else, but then I would lie with the name… oh well…

PPPS: there is a third type of “activator” energy. It is based on the principle of homeopathy: like kills like in the energy field… roughly. The emotional shock absorber, the HOE, work on that principle

You can get The Sight capacity activated…