As I often do, this morning I revisited a movie I saw a few years ago, The Constant Gardener.

In that movie, a British activist and a Kenyan doctor work to expose the pharmaceutical companies that experiment with new drugs on Kenyan people, who die from the experimental drugs. The activist and the doctor get gunned down by Kenyan hired thugs.

No big deal, so why am I weeping every time I think of it?

So this morning I looked at it.

It’s a purely cultural rule to see value in life. Without that rule, human greed would completely destroy everyone who interferes with their greed…

Animals don’t have greed, because they don’t have possessions beyond what they eat. But humans can own stuff they don’t need, they can stockpile it, and it gives them “power” over other people, who then can “give them” what is theirs, so the “rich” man can have it all. 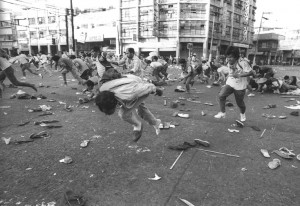 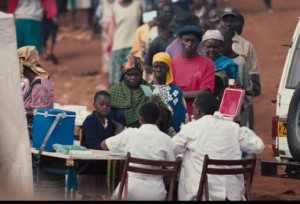 If there were no laws to uphold human life as value, and in some countries there aren’t laws like that, the mighty can kill at will.

Now, here is a twist I didn’t expect:

Putting value on your own life is called being deserving. When I examine people with only a few capacities activated, I find being deserving, the capacity, not on. Not active. Not working.

And, not surprisingly, neither is appreciation.

The twin capacities aren’t there, in the normal, evolutionary process, until you have at least 32 capacities of the 160, turned on.

And if you are like me, with early childhood traumas all about worthiness… it won’t turn on on its own… ever.

Both capacities, deserving and appreciation are part of the Unconditional Love Activator bundle: there cannot be love between the two parts of the self without those capacities being active.

But to my greatest surprise, those capacities don’t solve the issue, until the person earns some of the love… because before that the vibration is too low for love, being deserving and appreciation to be able to do the work.

I have only a few such students.

What they share is taking risks. Being willing to expand, to explore new territories, learn new skills, confront their fears and listen instead to the pull of Life Force.

Life Force is a pull… Upward and forward. It needs you to be lighter on your feet… i.e. higher vibration, to be able to effectively pull you.

Ego, the heavy part of you, resists it with all its might. It wants, instead, power over others, control, being right, looking good, being well thought of, dominate, avoid domination, and definitely not to be responsible for the state of things.

So the other crucial bundle of capacities are to turn on the behavior, the attitude of responsibility.

Seeing oneself as cause of everything, inside or outside.

I coached thousands of people while in Landmark Education. Only a handful of them came even close to being responsible… And if they went to Landmark without the capacities being activated, they stayed that way.

No amount of talk turns on capacities. Turning on capacities needs a lot of energy, focused and concentrated on the “switch” to dupe it into turning on.

Because in normal, natural evolutionary circumstances, a member of the species, in our case a human, needs to have taken considerable risk to need a new capacity… he is in a do or die situation.

That is why I get literally exhausted by the end of the activation session, so tired that I have to rest for the rest of the day.

But with each successful activation the ability to take risks, the heady feeling of success, propels the person to try more, to live more, to risk more.

The goal is to take people to the level where respect for life, valuing life, and deserving would naturally turn on…

Surprisingly it is not that high: my experience is that a person with 40 capacities used, is in the Expanding Human Being range… on the next evolutionary level.

I only have two students in that range… and keep on observing them. But for now, it seems that the goal is that, 40 capacities working.

If it were enough to pay for it… then it would be easy. But no. 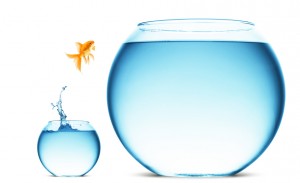 Using it, needing it is the key.

Two students go back to and re-listen to activators, hoping that it will do the trick. Not accidentally, both students could be called certified cowards…

Not willing to take risks.

But they are the minority. Most people with newly activated capacities are spreading their wings… I am a proud mama… watching them.

It’s an honor to be part of this. Thank you.

10 thoughts on “Fresh Insights on the DNA capacities activation”