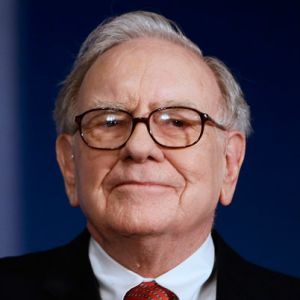 I shared a few bits here and there today with my chiropractor… He has 13 capacities used.

The conversation was an utter and total failure.

Capacities, abilities, is a whole new concept, and he wasn’t even getting a glimpse of what I was talking about. Very interesting.

It seems that the mistaken belief is that you can learn anything… including being an investor like Warren Buffet… that is a total illusion: you cannot learn anything that you don’t have the capacities for.

Most types of learning, like classes, coaching, etc. don’t take you to a place where the capacity missing would turn on, because you are ready for it and need it, It is not deep enough water, so the sink or swim would apply. Especially if you think you should be able to do it…


One of the roles of humility, the capacity to say: I don’t know, is to disabuse you from this mistaken belief, that you should be able to.

Given the active capacities, you shouldn’t… and you aren’t. 1

People think that they are smart… but smarts has only a little bit to do with it, even though most capacities could be said are part of intelligence… but intelligence is not the same as smart.

No accident: this chiropractor doesn’t have the humility capacity active… I see other signs of it missing… won’t share it this time… let sleeping dogs lie.

If an educated person cannot get how it is, what can you expect from someone who isn’t educated, right?

But here is the kicker: if education made you smarter, then why is it that most millionaires and billionaires never finished school?

It is true that the capacities you have need to be used to be useful, but school doesn’t help with them.

He never had a job that used all his capacities…

He himself caused 30 of his capacities to open… he inherited 10 capacities open, and an unusual type of personality, much like mine.

He likes to challenge himself, and each time he does, capacities pop open.

His capacities, if we looked at them as musical instruments, would not make for a good orchestra… given that they are a rag-tag team, like banjo, and sitar, and harp, and trombone, saxophone, and bass guitar… and then the full symphonic orchestra.

So, finding a job that would use more of his capacities in near impossible… but we know one thing about him: he can turn any capacity on, because he has.

We could say that capacities are what allow you to learn to do things… and some capacities allow you to be things… be detached, be centered, be allowing, be the Observer, be present, be outside of your mind.

There are also capacities for feeling… they are not part of the 160… I activated those, the feeling capacities, in the Second Phase activators.

As you can see, inside, on the DNA level, we are a lot more complicated than you have been lead to believe.

Science is dealing with it in a very limited and health-focused way… in a way that won’t make a difference… Which is great for science, because the money will flow…

But let me ask you: do you think that when you have the capacities to be able to be authentic, truthful, joyful, allow reality to be the way reality is, be able to tell what is good for your body and not… do you think if you had the capacities that make it possible for you to live well and happy, regardless of what anyone says, do you think you could also be healthy and live long and well?

I think so. Much more effective that trying to manipulate your genes to avoid cancer, while you are moronically pretend that all is well. That you are smart. That you could if you were give a chance… and all the b.s. people, you, have been saying.