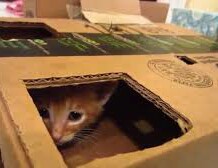 I hope you can see my methodology:

The truth, the big picture, and all the details are in the hidden dimension of the universe. And to unfold any of it, work is needed. Persistent poking of the box.

Some cultures are box-pokers, and others are complacent, satisfied with the size of their jail cell.

I come from a box-poker culture.

Individuals, of course, differ in their level of desire to go beyond the walls… But the average, the culture, is either box poker or not… degrees again… not black and white.

Whether a culture is box poker depends on how harsh survival conditions reign for the culture.

Box-poking could be seen as change. There is also another way to look. Here it goes:

Of the two main energies that pull any human to two different directions, the direction that is more readily winning is the main determinant of box-poking tendencies.

The two main energies are the masculine and the feminine.

X chromosome and Y chromosome… one could say, but it’s probably a gross generalization.

The lower the level of consciousness the less capacities are willing to be turned on.

A large percentage of my students and clients, online and offline, are refusing to receive the capacity of humility. 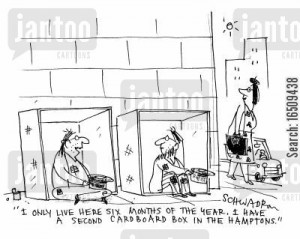 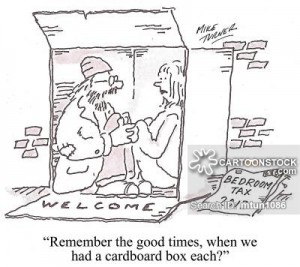 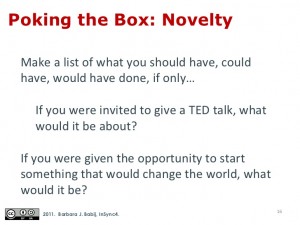 On this level of consciousness, it is all about survival, and admitting that one doesn’t know something feels like setting oneself up to be killed as weakling.

The poorer the person, financially, educationally, skill-wise the more likely that they will not allow humility to be turned on… and unfortunately this means they are stuck in poverty, in ignorance.

They hope that they can learn without learning, earn without working, because they are tightly holding onto some self-image that feels like a cane one leans on… remove the cane, the person would have to stand, but they don’t believe they can.

The next level is still ignorant, or mostly ignorant, low consciousness, still need to hold onto the cane… lift the cane to be able to walk, but only for brief moments.

This level can grow until they reach the next level, where a big conflict happens: giving, true giving, sharing is demanded… and they shut down.

Their entire world is tightly wound: I can’t give you, I myself don’t have enough. This is not all physical, actually, generosity of spirit is the biggest missing. Generosity in giving, generosity in receiving, generosity in intentions. Also, with generosity, inclusion of others in your dreams, purposes, goals. Without generosity, one cannot set higher context. In fact, context is not penetrable on this level of consciousness.

So, as you see, as humility was the linchpin between the first level and the second level, it’s generosity that is missing to be able to go to the third level.

I don’t know what blocks between third and forth level… my hunch that it’s bilocation, but I am not sure. I’ll know when we get there.

So, just to complete the though on feminine and masculine energies: what keeps people on the first two levels is the feminine energy: the desire to receiv for the self alone.

And somewhere, along the way, courage gets activated…