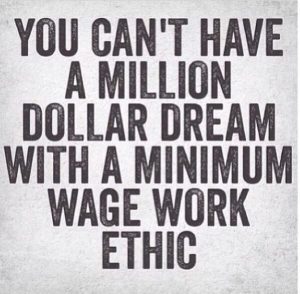 I read this great article on mentality by the Note taking Nerds. The article is six years old, but it is evergreen… you’ll see.

The most important element of this article is this:

How you do anything is how you do everything… meaning:

Your mentality regarding everything in life is the same as your mentality is or would be to business, or to work.

The principles of owning and conducting a business also apply to conducting your life… You can read an benefit from reading this article whether you own a business, want a business, have a job, or don’t even have a job… because everyone who is alive is ‘conducting’ their lives… Owning your life is much like suddenly getting access to the steering wheel of the prison transport… and taking yourself where you want to go, not where you are already heading.

95% of business owners were employees before they started their own business. Me too. I was a horrible employee, by the way.

If you want to guarantee that you fail in business, approach it the same way you’ve approached all the jobs you’ve ever had. (Hm, interesting. I approached all my jobs that they were mine… not theirs. From one job I was fired 14 times, but I wasn’t willing to let go: it was MY job, not theirs, so they had no power over me. Not a frequent and usual way to look at a job, is it?)

It’s very easy to think you understand what running a business is like because you’ve been employed by one, two, or many. But if you want a business that makes more money than it spends, you’ve got to ditch the idea that this is gonna happen with the same mentality you brought to your jobs.

They still get this paycheck whether they do just OK work or if they do ‘amazing’ work. Employees even get paid if they don’t show up in case they’ve accrued ‘sick days’ or ‘Vacation hours’.

Like carnivores in the wild, business owners only eat what they kill.

The second they stop providing value and getting productive results, the ship sinks and if they’re really bad at managing money, they not only have no money coming in anymore, but they actually end up OWING money for the business that they just killed.

So when it comes to workdays, the whole ‘Good news, bad news’ joke fits here. The joke says,

Life and working with clients and students has taught me (along with the excellent research laid out in the book You Are Not So Smart – A celebration of self delusion) the lesson that most people give themselves credit for being far more awesome than they actually are. I have, thus far , only a small percentage of people who took the Starting Point Measurements who saw the measurements as accurate, the rest cried bloody murder!

When we bring our employee mentality of ‘just wanting to do a little bit and have money magically appear’ along with our self delusion to creating a business, we’re asking for failure of the plans or the business.

This is why the expression ‘time management‘ is a misnomer. Most people’s primary motivation for getting into business is because they don’t want a boss telling them what to do.

And then they’re shocked to find out they’ve now got 50 bosses because now they’ve got customers making them jump when they say ‘jump’. But that is the best case scenario… the worst case scenario is that they don’t know what to do, and they don’t know how to do it… They have no direction, no concept, no vision, no skills to take the business where they would like to take it.

And if they’re a start up and they have it in their head that they need to hire for all the ‘overhead’ positions and more before they’ve even proven that their business concept is viable via bootstrapping and hustling, they end up with even more bosses because their employees boss them around after seeing that they don’t have a clear understanding of what needs to be done and how to get it done.

But, this is exactly how you live your life. 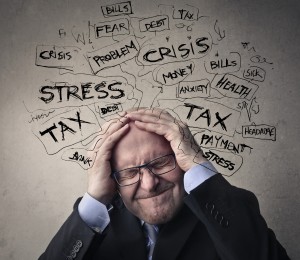 Ownership, owning what belongs to you, is a capacity and a mentality.

Knowing what to do and how to do it… several capacities. When you don’t have those capacities, you’ll do really poorly.

Why? Because you think that a business (or your life) is like a bus with a set route. You take the bus that goes to success. You expect it to take you to success.

But there are no buses like that in life. Moreover, staying with the bus metaphor, you always drive the bus… the question is: where? Most people’s buses don’t leave the bus depot. And then some people’s buses follow other buses, and crash and burn.

Many of you got on ‘my bus’ expecting that I’ll take you where you wanted to go.

I have given you new capacities, by turning the DNA capacity on. But capacities are only potentials.

As I am getting older, my eyesight is getting poorer. When there is a small print, I pick up the piece and go to the window or to a strong light source… and then I can read it.

The strong light source is the capacity. Not moving there to use it is you thinking you are a passenger: the light will come to you. Got it? Stupid, eh?

Evolving Beyond The ‘Employee Mindset’, the ‘Passenger Mindset’ it is always about your life!

Most people who get their act half way together and keep their business afloat stay confined to the identity of ‘Small Business Owner’, ‘small life owner’.

Reaching the level of being a Small Business Owner is better than having a job. This might allow you a slightly higher than average income, the title of being a business owner and that’s about it.

This person has a website and some similar websites have come and gone through the years and maybe he has made some refinements and expanded but the person’s business is pretty much the same as it’s been for years and they have maintained a solid income for themselves.

The next step up from ‘Small Life Owner’ is that of ‘Life Developer’. These people figure out how to take their ordinary life and make it an extraordinary life.

And the next step up from this is becoming a ‘Professional Entrepreneur’ because they grow themselves and their lives continuously. They remain in growth mode.

Oh, and when you don’t know what’s important, what is more important than other things… you definitely lack the hierarchy capacity…

I’ll say more about it in my nerds-turds article…

In the Integrity Workshop I train you to have a mentality that makes you more suitable for a successful life, to become a producer, and achieve what you want.

You’ll learn to complete stuff you have left incomplete in the past, whether it’s emotional or physical, so you can get the energy embedded in them. A producer’s life, a successful life requires a lot of energy.

You’ll learn to create empowering context for the things you have to do… Not everything I can teach about context, but enough to make you dangerous.

You’ll learn a methodology to transform yourself into a producer… and remain a producer.

And you’ll get help to set up a system so you can continue to grow past the workshop.

This is a home study course, going parallel with a live workshop…

Get the Integrity Workshop home study course
For the next 3 days you can use a coupon code to save 10% because you get access, at the moment, only to the first session of the four.
the coupon code is ALMOST30 one word

2 thoughts on “Wake Up From your Employee Mentality, wake up from your passenger mentality”