Are all energies healing energies? Or transformative 2 energies?
Before I realized that I can talk to Source and Source will answer, I learned two energy modalities.

One was an energy modality called, and you can still get attuned

The founder died a few years ago. I knew him personally, he spent a few days with us (my then boy-friend and myself) in Syracuse, NY. 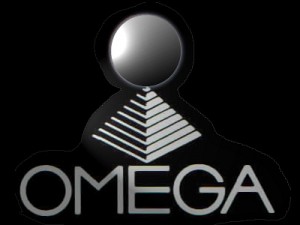 You don’t really buy the energies, you buy the right to use them, and how you can use them is that you get attuned.

In my humble opinion, the whole attunement is a scam, a way for people to sell something. Attunement also comes witht he story that

This is much similar to what Maharishi did: he has 8 mantras, and you pay for the privilege to have your own “designated, perfect fit” mantra, and you pay 1200 dollars: at the time I bought it that was my entire monthly income. What a scam!

I bought quite a few of the Omega Energies. They are supposed to be transformative and healing. I didn’t have any way at the time to check if the claims are true. But I had my doubt: the originator was wretched to the max, both physically and other ways.

His emotional maturity was at the level of a teenager, his behavior: ditto. He was riddled with diseases, and died quite prematurely.

My then boy friend was an emotional wreck as well, a self-medicating addict. That should tell you something. 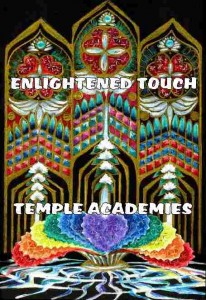 I loved wielding those energies: they were strong, and they were very definite. But when I muscle tested it today, they didn’t do much. Light show, fireworks, show and tell.

There was one energy that actually did some of what it claimed it would do: the pattern puller… But I came to learn that it pretty much did it only for me: I did it with all my conscious awareness, and not just as a mechanical exercise.

It’s quite time consuming, but it seems to loosen your stuck way of being, pride, self-centeredness, negativity, hopelessness, tendency to give up, etc. Pretty much the same stuff the Bach Flower Energies® (the energies of the Bach Flower Remedies) deal with no work, so I haven’t don’t any of it. But muscle test says that it works, if you have the conscious awareness and purity of thought. Which means that only one out of a thousand can make it work.

Where do those energies come from?

I need to tell you the tale of creation, so hang on for a second.

In the beginning there was just one undifferentiated energy, the one we call Source. It could create with its own thought, it was an intelligent energy.

That attempted to create a life-form that has the same capacity: creating with its own thought, and is capable to reproduce in a biological way and inherit that capacity to create.

The result was man. The original idea was that man will use its capacity to create what it wants, but this is not what happened.

I am going to say what I learned from the Anastasia books: it makes sense to me:

Creating, anything, not from love creates things and/or life that is void of love.

The procreation of humans is void of love, and therefor the resulting humans are void of love, childbirth is not a blissful experience, neither for the mother nor for the child.

The child’s experience is that it is borne into a scary, hostile world, and its response is fear. Fear and love can’t occupy the same space, and if you look at yourself, your children or pretty much anyone, you see fear replacing love.

All the resulting creations by a fearful mind are forming the “Fourth Plane” or the world of imagined stuff: spirits, energies, entities, gods, hell, heaven, the bible, the Koran, the scriptures, all of it.

They are not less real than the Original Design, or stuff that was created in love, with love. They, the fourth plane, the mis-creation of the human mind, together form the Dark Forces, or the Dark Side.

Once created, they have a self-interest to perpetuate themselves, and fight against the Light, against Love, against the Original Design.

People, scared, turn to these creations of the fourth plane for comfort, for understanding, to making sense.

The fourth plane is against Life. Its only purpose is to keep you hostage.

It’s fascinating, because it is a world of infinite diversity, and it talks directly to your mind. Your mind loves mind-candy…

The world of the Original Design is simple. It doesn’t give any food to the mind: it doesn’t need the mind, in fact the mind got you to get away from it to begin with.

The Original Design has very few “friends,” though, and it is just a hunch, with Anastasia’s army, there are more and more that can see the value in simplicity and a world of love, by creating purity of thought and a space of love in which the next generation of each family is co-created in love, borne in love, and brought up in love.

I am a simpleton: I was able to get the messages and the contact directly from Source because I was never attracted by brain candy, never believed in god, I had purity of thought.

I also had major brain damages that I healed myself from. And I happen to be a true empath.

The energies I use come from Source.

Are they healing energies? Some are. The Bach Flower Energies® (the energies of the Bach Flower Remedies, the HOE as we lovingly call them), the Energizer®, and the Unbreakable® are healing energies. The Wipe® The T-energy® The Gopal® are transformative energies. They stir up the pot… so you know what’s hidden under the surface. Remember: you can’t catch what you can’t see… so with those energies you can see them, catch them, and bring about change… or not. But at least you have a choice.

All the calls are paid calls. You can buy them individually or as a subscription.

To start taking advantage of energies that belong to the Original Design, go to https://raise.yourvibration.com

3 thoughts on “Are all energies healing energies? Or transformative energies? What about Reiki? Omega Shakti System?”