If I asked you if you are trying to change anything or anyone in your life, every one of you would say yes, many things.

The beingness of wanting to change someone or something is “something/someone is wrong” and then the second part “unless they/it change, I cannot be well.”

The vibrational frequency of that being, on the David Hawkins map of consciousness, is 120.

There are entire programs dedicated to changing your beliefs, especially your beliefs about money, love, abundance.

The vibration of the desire to change stuff, especially stuff you have no control over, is 120.

You have no control over your beliefs.

Now what? Are you stuck where you are?


If you continue wanting to change them, then yes, you are stuck. There is only downward from where you are.

It is good for the marketeers, the leaders and sellers of those programs: the more desperately you want to change things about you, the more money they make. 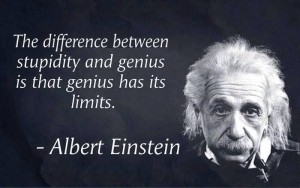 I subscribe to some gurus’ email list, so I know what the heck they are doing. And to some, so I can re-use their stories in my articles.

This is what I am going to do today. Please stay cogniscant, aware, that these stories are selling snake oil…

Ever heard of Ivan Arreguin-Toft?

He’s a political scientist who has analyzed every war fought in the last two hundred years where one side was at least 10 times stronger than the other.

What he found was somewhat perplexing.

In 30% of those wars the weaker side won.

A remarkable feat when you consider they were fighting an opponent at least 10 TIMES stronger than they were.

Well, on further analysis into those “won against all odds” wars Arreguin-Toft found that the weaker side were able to win by adopting a DIFFERENT battle strategy to their “Goliath-like” opponent.

70% of weaker sides that lost their war — did so by adopting the SAME strategy as their stronger opponent.

The easiest way to “win the game of life” is to adopt a different strategy to all those around you. 1

Here’s another story, selling the same thing: changing your beliefs about money and abundance:

A few years ago an eccentric Swedish immigrant (who had built up a multi-million dollar business in Minnesota) passed away.

Fortunately he had been prudent enough to create a will. And so, some of his millions went to his direct family members and another lump sum went to one of his favorite charities.

Nothing too unusual about that.

But what was unusual was a stipulation the businessman had instructed his lawyers to insert into his will. And that stipulation was to…

The stipulation decreed that each of those 24 extended family members were entitled to $50,000 from his will.

The only “condition” was that they had to call the lawyer’s offices and prove they were indeed related to the deceased businessman.

Guess how many of those 24 people (who were each entitled to $50,000) claimed their money?

Not a single one of them picked up the phone to talk with the lawyers.

As to be expected, after a while the lawyer got curious.

He couldn’t figure out why not one of those 24 people had bothered to contact his office.

So the lawyer started contracting the 24 people to find out why.

Turns out each of the 24 extended family members had a common subconscious “abundance block” that prevented them from accepting and receiving something good when it was offered to them.

Yet, that subconscious “abundance block” (also known as “Ignoring The Knock On The Door”) affects almost everyone to some degree.

Yes – it most certainly affects you to some degree as well.

And even if you think you are completely unaffected by that subconscious “abundance block” (don’t be too sure – it’s subconscious so you can’t “see” it!) then you most certainly have other subconscious “blocks” wreaking havoc on your ability to receive and keep abundance in all areas of your life.

Now, the sales letter continues offering a series of hypnotic recordings, that, supposedly, change your mind for you.

Here is my take on this, supported by muscle testing, and checking people, also trying hypnosis myself:

The good news is: your mind has mighty little to do with what you do.

Your actions come from what you see. Not in your imagination, but in front of you.

If you see opportunity, you’ll act. If you don’t: you won’t.

If you see that you know enough, be enough, you’ll act. If you don’t see that: you won’t.

Notice I didn’t say “believe”… belief is a mind construct, but what you see is not. What you see comes from your beingness.

In my programs the goal is to enable you to be something other than you have always been.

All states of being, are capacities to be that… generous, proactive, someone with foresight, responsible, etc. And they are tied to actual DNA capacities, that are already programmed to every human DNA… except that most higher ways of being are not active… because you don’t have the kind of life that needs it.

I have been activating DNA capacities for some time. My experience has been that if you need the capacity, you keep it. If you need it everywhere, you definitely keep it.

If you don’t… it will shut down by itself.

Now, returning to the original issue: trying to change something or someone that is beyond your control…

It is such low vibration, 120, because you are going to force, coerce, manipulate to get your way… But all those very low vibration activities.