I have been getting attachments. I am noticing, they come mostly on the weekends.

So the sender or senders are working slobs… and tormenting people is their hobby.

They are, I think, using voodooo techniques: making a model of me, and pushing pins in the model.

The reason I think it is a voodoo doll, because they are getting very precise, whereas a healer who intends to heal, is very sloppy, otherwise why would they connect to another they intend to heal in their eyes, throat, of sinuses… would make no sense.

So yesterday I had four attachments on my head, in a straight line, like a mohawk head dress, and by this morning they added a fifth, smack in my Tangerine Spot.

I must be standing in the vertical dimension, because there is no anger, no anguish, no fear, no hurry… nothing. Just headache.

Now, I am sharing this for two reasons:

For most of my life I felt powerless. When something happened to me (and it was always something that happened TO me) I had visions, fantasies of killing, hurting, maiming.

Why? Because I felt like a victim, and I had no power to make them stop, or make it stop.

I was 40 years old when I first heard that I could direct my attention to where I do have power. Inside.

It’s been almost 30 years, and I am now, most of the time, able to look where I have full power.

So where do I have full power? It is like real-estate: you can’t make changes unless you own it… (hey the architect speaks up sometimes, lol)

So what do I own about me?

Do I own my thoughts? If I can change them, stop them, I own them… that is a test to see if you own them. Meditation is a great way to do it, you close your eyes and try to stop the thoughts. Or when you go to bed: hell, the thoughts become loud and persistent. You cannot stop them.

I first started to take Bach Flower Remedies for insomnia. White Chestnut promises to tame the thoughts, but it doesn’t… 🙁

So we can safely say: you don’t own your thoughts.

How about feelings or sensations? Can you stop an itch? Can you stop being sad, resigned, or happy when you are? My experience has been that this is one of the mischiefs society laid upon us. To be socially acceptable, you need to be happy all the time. What a crime!

I had reason to be angry as a child growing up, but showing anger got more beatings for me, so I suppressed.

I observed that my parents beat me because they were angry.

So violence is an appropriate expression of anger… It took a lot of unlearning.

So, how did I come to a place where some people can abuse me, and I have no reaction? Not inside, not outside? No anger, no feeling victimized, only slight curiosity, amusement, and this article…

I have found that I can control what I say, what I do, and my attitude: my relationship to what I am dealing with. Also you can call that the context.

I first noticed how unusual that is, to come from a different context, a different attitude, when I saw people’s jaw fall, when to their unusual requests I would answer, OK, it is all in a day’s work.

When I was able to live from a context bigger than what I need, what I deserve, what is above me and what is below me. When I lost the significance of my person.

I got out of my way.

Ego started to support me in that, begrudgingly, and life became a lot smoother, because I didn’t have to “assert” my rights… I just did what I needed to do. Heaven showed itself, showed that it was possible to live in heaven.

I have taken this much further, and until a week ago, there was only one person who made me angry, so I transformed that relationship too.

Now, what is normal is this:

A client of mine has a long history of being a slacker, a wannabe. He has been working on becoming powerful, turning on the “intangibles”, the spiritual capacities of courage, the sight, etc.

He is still a slacker. He is also arrogant: his attitude about life and about his business is that he already knows what he needs to do. So he picks and chooses what he listens to, what coaching he follows. Because no one can know his business better than him.

He noticed that whenever he sees someone do better than him, he goes into resignation, what’s the use, I am a slacker, stupid, and I will never amount to anything.

Someone else’s success acts like a trigger, and all he has built, all his accomplishments become not important. 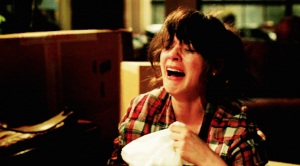 He behaves as if everything were personal. He puts his attention to where he has no power. He lives life if it were a competition.

He is like the driver who cuts in before you, who waves in and out of cars…

He is trying to get a little bit of win in… so he can feel better about himself.

The rest of life: he is a loser. Powerless.

So he wins where he can, not where it matters.

This behavior is a dead giveaway of where one’s attention goes: to where on cannot win.

But it is possible to pull all your powers back from what hijacked it, other people’s success, insults, weather, traffic, politics, wife complaining, and put it square on what you have power over: what you do, what you say, and your attitude/context.

Of course, if you have not created a context, when you are upset, it’s like trying to dig a well when you are already thirsty.

Playing with contexts that you can have on the ready when you need it is what separates the child from an adult.

Being an adult is not for sissies… And unfortunately this generation is the generation of sissies. If you go with how others are… you lose.