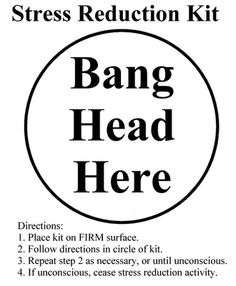 My dominant emotion is frustration.

Of course frustration lacks humility… frustration is when you are trying to force your will on reality.

things take as long as they do, people do whatever they do, and you’ll screw up, like everybody else.

But, of course, my soul correction is Forget Thyself… meaning allow life to unfold.

That, allowing anything, is the hardest thing for a human… And allowing and yet feeling powerful is even rarer.

We want to make things happen, rush things along, push, pull… and yell in frustration.


Not allowing things to happen, no time, no patience, no humility. 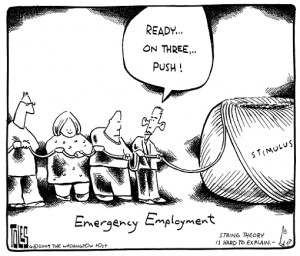 Humans would not have evolved if they had always been this way, I think, so this is more civilization malady…

I think even religions were invented to make people see reason to wait, to allow…

It is not in your time, it is in God’s time…
Man plans, God … forgot what God does… but surely your plans and god plans don’t jive.
Let go, let God…

But there is no god, there is only Life. And Life works at Life’s pace, not yours. Other people are part of Life.

The reason this came up this morning is because I have been frustrated.

On one hand I am on your side. I do what I do for you.

On the other hand, I am trying to force you… but it’s like pushing on a string… Frustration is the result.

Life is full of things you want, that don’t respond well to forcing. In fact they respond really poorly, like a string responds to pushing.

The capacity that you need to summon, if you have it, or activate, if you don’t, is allowing. Patience is just the tip of the iceberg of that capacity… allowing is the genetic capacity.

Some great people have said: I got where I got to, I know what I know because I could stand in front of it not working for longer than anyone. Werner Erhard said that… and Werner is one of my heroes.

Now, it doesn’t mean he wasn’t frustrated. He even yelled. But kept on standing… and allowing.

Humanity is a forceful, brutal species, when they live in civilization. And, or course, frustrated, and unhappy, full of anger and hate… pretending to be happy. Or not.

The delusion is that you can make things happen. But saying: I made this happen, is a lie. You did what you did, and then it happened… Seeing causality is a delusion in most cases. But the delusion fuels the forcefulness…

It is probably not an accident that I chose something to do for a living that is sooooo frustrating.

It’s the best “job” to practice allowing, humility. Darn… lol. No control over the results. 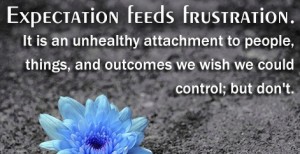 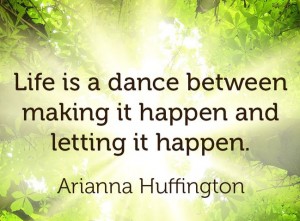 In science, in discovery, allowing is that rare instance when you have done everything in your power to solve an issue. So you give up. Give up being frustrated. Give up forcing. You throw your arms up and go to sleep… And that is when the solution comes. All major discoveries in science came when the scientist wasn’t forcing, in fact they were relaxed, playing with soap bubbles, or dreaming. Madame Curie, Archimedes, Einstein… just a few examples.

I put the issue I am working on as the context of everything for a while. I hear, read, see everything in that context, without actually thinking about it.

Much like when one falls in love, one sees the beloved in everything, and everything becomes happy.

It’s the filter I listen through.

Is allowing always like that? Yes and no. Most people will never be able to say: I did everything I could do… and keep a straight face.

So the magic in allowing is not there for the liars, the lazy, the ignorant.

And not for those that choose the easy way out either.

It is the human tendency to get to a place of certainty: quick closure now.

All quick closures show the unwillingness, or inability to stand in front of a question long enough, until it resolves itself.

you can’t and should not force your will on things. Things have a life of their own, and will “unfurle” with time.

This is a capacity you need… So you can allow, instead of finding something to work on that can take the forcing… but is irrelevant.

Your capacity of allowing… you don’t have it. Neither empathy, which is another allowing type capacity…

And your business or life rely on these two, while you like forcing. hm… interesting.

So, however your life is going, you can create a turning point by starting to master allowing.

Start it where and when you don’t need it. Allowing is a string you cannot push…

Allow the computer to be slow, buggy, allow the water to take its sweet time to boil, the traffic to go as slow as it wants, your headache to be, when you can, and when it is no big deal.

Don’t start with the big, important things: allowing is a capacity like walking. You didn’t start to run a marathon when you first stood up either.

That is the way to serve my clients the best.