One of the reasons the 67 steps coaching is wonderful, is because, done the right way, it leads consciousness on a trip that is both wide and deep. Wider than deep, by the way. But even if you remain on the surface, but go where the steps take you, you can raise your consciousness by a lot.

The insight came to me while sleeping… I was taken somewhere, and I consistently refused to go down a certain “tunnel”…

I know a lot of people who read, but dismiss certain topics, certain authors, certain ideas or ideology… so they don’t have to go down the “tunnel”.

Tunnel could be called “rabbit hole” if you wish. 1 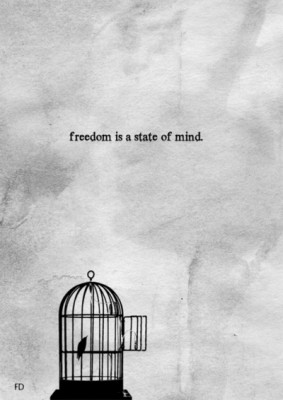 Thus limiting experiences, your consciousness needs to remain in that small, limited, and definitely untrue world you assign for it as its playground. The cage.

Then he got to talking to an Indian guru, whose vibration was lower than his, but who took him on journeys where he didn’t recognize anything.

I assume he got scared when he felt the air under his wings, and he came down, and caged his consciousness again. His vibration came back down, under the glass ceiling of reason. First to 490. It’s 460 now. He was out of his element. He got scared.

I connect to him and measure his vibration frequently, because there are so few people on his vibrational level, so close to breaking out of reason. Reason is all mind, thinking, reasoning, ground bound. 3

I assert that it is fear that is underneath the behaviors that limit your consciousness from being taken to places. These are strategies to avoid going to places that are unfamiliar.

Is it you doing it? Is it you blocking consciousness, locking it into a small cage?

I was lucky. I had the capacities through my father. They allowed me to grow and break out of the prison of reason by first getting really good there, and then go beyond. And I had misery to thank too…

I was suicidal all my life. Life wasn’t like yours, life wasn’t bearable. I had no place where I was comfortable.

I had to work harder than anyone I know to break out of the miserable corner I painted myself into.

I took wild turns, I burned bridges, I burned ships, I got myself in troubles, but I took my body and my consciousness to places.

I allowed others speaking to wash over me like a shower. I didn’t worry that I didn’t understand. I allowed myself to get wet, and trusted that eventually it will become something useful.

I went home and I transcribed my notes. Then I taught them to at least six people.

It took me many hours to take something as undifferentiated as the drops of water on my body, to the level where they became the building blocks of seeing. Distinctions.

Distinction is a “rule” by which you can look at the world anew.

You may walk around in the world and see unreasonably evil acts, but unless you “have” this distinction, this rule by which to look, you are like a blind pigeon…

But when you “get” the distinction, NOT understand, that is mind, GET is kinesthetic, because distinction is a physical phenomenon, a way to look, you haven’t connected your consciousness to the world and to yourself.

Once you get the distinction… consciousness begins to run with it.

The phenomenon that YOU block consciousness with fear-based attitude IS A DISTINCTION.

Once you get it, you’ll see it everywhere. And you’ll have power to let go.

If you only understand, it will be mind candy… not useful.