And it is true on certain conditions.

Because abilities, the abilities that certain tests can measure, are important.

What do you need to get to the good life, other than time?

You need three types of intelligence.


Intelligence is the tip of the iceberg. It is the car you see drive by you… you don’t see the engine

What is underneath intelligence is hidden from your view.

Now, if you paid attention, you could see that each type of intelligence is the manifestation of two things:

Capacities are expressed or unexpressed in the DNA.

Capacities are expressed in the DNA. The DNA consists of thousands of segments, each segment having a “code” for something or other. Each segment is either expressed or unexpressed.

According to my muscle test, there are 160 DNA segments that contain the code for intelligence. The 160 are either expressed or unexpressed.

Unexpressed means that the piece of DNA is muted by a coil that makes it unexpressed. When I turn on a capacity, I loosen the coil, energetically, and make the capacity expressed. 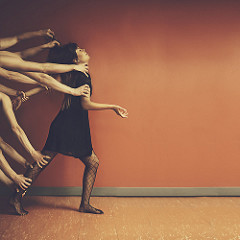 For economy reason, for the sake of homeostasis, the thousands of other pieces of DNA prefer that capacity unexpressed: making it expressed, or active will require a slight adjustment from the whole DNA tree. Among others, an expressed capacity needs energy… which you may not have any surplus of.

So you have a small window of opportunity to intelligently practice the capacity and prove it to the rest of the DNA that it’s ok… it’s useful, and it’s safe. Oh, and that you need it. that you have use for it. And that using that capacity will increase the overall energy of the organism: you.

Energy economy of the DNA dictates, that anything you don’t need should be turned off.

I have been turning on capacities for five years now. Turning on a capacity is easy, because with only a few exception, the DNA accepts and obeys my command…. that seem to be coming from All-of-it.

The issues are in the individual’s willingness.

The biggest issues I have seen with the capacity “humility”.

Humility seems to be at the crux of a person’s ability to grow, or stay the same.

Which means, at the current level of knowledge, that without humility the whole DNA tree will reset to the state it was before; the DNA resets.

What does this mean? 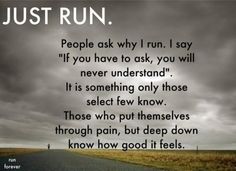 You have a certain set of innate capacities you were born with. You can look at the list above, and pick the ones you can see you have.

You can take them to the level of mastery, or you can have them just as a potential.

Without activating additional DNA capacities, the list you just made is the capacities you have to create the good life. 1

Each individual has a unique set of capacities, at a personal level of mastery.

Nothing wrong. Adding capacities, activating capacities can take you further faster, if you have real use for them.

What I see as the most fundamental missing is ambition. Ambition is Life Force. Life wants more life.

By the time people get to me, their ambition, their Life Force is largely diminished.

Children are born with different level of Life Force already. It is encoded in the individual DNA… and is the outcome of thousands of generations.

If your ancestors were meek, complacent, lazy, pleasure seeker, and had a victim mentality, you were born with less Life Force available, than the next guy whose ancestors were aggressive, go-getters, ambitions, curious, etc.

Can you increase your life force, your ambition?

Everyone has Life Force… there is no life without some Life Force. Different cultures call it different names, Chi, Prana. Fully expressed Life Force is 100%, and is rare.

With Life Force, the more you need the more becomes available. You just have to live a life that fully “needs” more life force… and then it gets released.

A well known phenomenon: Second wind… hitting the wall… and then getting more energy for Marathon runners…

…they run out of Life Force, but don’t stop. They are running on empty. And then suddenly a rush of energy…

I know this all too well, this is how I increased my available Life force from 30 to 80%, through going way beyond than I could… I got as far as 14th wind… when I worked straight for eight days.

The problem is that you hope to get to the good life sparing yourself, never breaking a sweat, never driving yourself to exhaustion and beyond. Culturally this is expressed: “take your time”, “take it easy”… and you do.

So your Life Force is giving you what you need, which means, in your case, that it is shutting down.

Compare yourself in your teenage years to Bill Gates. He got up at 3 am every morning, and took his bike to the computer center, where he could use the big computer for 3 hours. Then he biked home, had breakfast, and headed to school.

While… while you partied? Watch television? Day dreamed about boys? girls?

But, it is never too late to start challenging yourself.

It is sustained effort. No event will do much… No campaign will bring the desired increase.

Sustained effort. You don’t have to deal with every area of life.

One of the efforts Tai Lopez suggests is reading

One of the efforts Tai Lopez suggests is reading. Read. Books. Read a little more every week. Sustain the effort to read just a little beyond that it’s comfortable.

Don’t worry about the learning just yet. Just worry about increasing your stamina, your will power, your effort.

Don’t worry that you lost your focus. Don’t worry about being distracted. Just read.

The main reason you’ve lost Life Force, so far, is your tendency to only want to do what’s easy. What brings immediate results, what feels good.

It’s a slippery road… it will take all you got to turn it around.

4 thoughts on “Second Wind: Abilities or effort? The role of effort in attaining the good life”