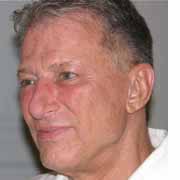 I first participated in what is now called Landmark Education back in 1985.

I lived in an immigration hostel, I worked as an architect and town planner in Jerusalem and I was miserable.

In quick succession two Russian immigrants killed themselves: I knew and liked them both. One of them was so determined that she manage to hang herself from the window bars, even though the parapet of the window was only about 20 inches…

I was going to be next. Except that someone invited me to something on this Wednesday evening.

As soon as the presenter started to speak I recognized it. Two years earlier I went to one of those, signed up, but in the hostel a New Yorker friend of mine told me: You are stupid. I will do it for you for much less. I’ll yell at you, won’t let you go to the bathroom, for much less. OK, I said and I withdrew. But he didn’t mean it, and I didn’t catch what the company was, and I didn’t know how to sign back up.

So, here I was, on the precipice of that same thing, the savior, the thing that was going to save me. I signed up for a class that started next day, in Haifa, where I knew no one and made sure I didn’t tell anyone in the building what I was going to do.

The course was called Communication Workshop, and it was in Hebrew. It took me till the morning of the third day to understand a whole sentence… lol. But, as you’ll see, what you understand is not why you are there.

In the afternoon there was an exercise. Simple enough: list the names of all the people with whom your relationship is not the best.

I made a list that started with my mother. Then the leader said: eliminate the first three and work on number 4. It was my father. I was disappointed.

The next step was to find the one sentence, that if you said it to them, it would open up a whole new era of relationship.

My partner for the exercise was this beautiful Yemeni Jew, which made the exercise all the more difficult, but hey, screw it, I am going to do it.

So I started to tell my father, looking like this good looking guy, all the things he did to me while I was a child. Beatings, molestation, juicy stuff. My partner was grooving. Then he asked: Is that it?

I looked at him, and said: No. Something is pushing up my belly, wanting to come out, like a belch.

Then I hear myself say: You never married me.

That sentence came from who knows where… I laughed, I cried… That was that course for me.

When I went back to work the next day, people were different. They weren’t turning away from me, they weren’t leaving the room when I entered. Many asked: What did you do? I said that I just came back from a course. By the end of the workday four people signed up.

They said that if a course could do “this” for me, then they wanted to do it too.

I am sharing this, because this points to what’s effective, what’s magnificent in Landmark.

I spent all those years in acute misery, but what was the cause, in spite of all the expensive therapy, I had no clue. Once I saw that I made a decision as a 5 year old that my father was my lover and therefore he should marry me, and he didn’t, I could see that I was the cause of my misery, not other people, not circumstances, no, it was me doing it to myself.

Now, that’s what is great about Landmark. That it opens your eyes to a lot of the undertow or undercurrent of life, the invisible part that runs the show.

Which means that it is a lot of mental processing to be well and effective, if all you got is Landmark’s technology.

Landmark’s programs check out at 495 of the map of consciousness, and the leaders vary. Local seminar leaders, according to my measures, are between 150 and 220 on that same scale, higher when they are leading.

500 is significant, because it is higher than the programs themselves. And that “puny” 1 point difference signifies a very important step, going from reason (all left brain) to the dominion of soul, all of it, right brain, intuition, divine.

Update 3/2/2015: Landmark’s programs are now only 300 on the vibrational scale. The highest vibration leader, Nancy Zapolsky, measures at 300, at some point in the past her vibration was 500.

Next coming up: Case Study #5: The Kabbalah Centre

Landmark Education sent subpoenas to Google and the Internet Archive to unmask whoever had posted a documentary criticizing the organization, even though …