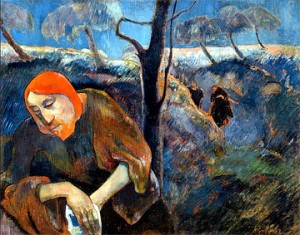 We had a revolutionary meditation this morning. (I started this article on February 4… five months ago)

Revolutionary comes from the word, revolve, and it means something that was up goes to the bottom, and vice versa.

Our meditations are not visual, no visualizing at all. You connect to Source, I download some activators, I witness what Source and the Light does, I report, and when the spirit so moves me, I comment, I report, I am like the game announcer… I tell you bit by bit what’s happening.

This is what was going on this morning.

Another little bit: I am connected to everyone on the call, but I am always connected more intimately to the people I have a relationship outside of these calls: there are only a few of those.

And I use their emotional reactions to gauge what is going on overall… across the board.

Today’s meditation was not soothing. It was the Light working hard and the people blocking it hard.

Once the meditation was over, I was starting to feel the feelings of my two people I was strongly connected on the call… not fun, not fun at all. They didn’t receive what was said too well. I felt that we may lose at least one of them.

What was said on the call was an important milestone: it was much like breaking the bad news to a sick person: unless you do this and this, you are going to that and that…

We all give lip-service to want to be the best we can be, but we are lying. When push comes to shove, when the rubber hits the road, we are going to choose to do what we have always chosen.

I have a student who I have been working with for about a year now. Because he lives in my own city, we have a face to face relationship. It’s been one of the most significant feedback devices I have ever had.

Feeling someone and then seeing them, in action, driving, eating, shopping, on the chiropractor’s table, is something not every spiritual teacher, spiritual innovator gets a chance. I got lucky.

Eleven months of this year, I wasn’t able to penetrate the shield of this person. He was an enigma to me. I recognized his feelings, among hundreds, I knew his face, I knew exactly what he was going to say, but I did not know him. At all.

I knew what he was willing for me to see: his facade.

His facade? I must have seen the good things about him, you would think, but you would be wrong. WTF! right?

I managed to see a hapless, unhappy, slow, unattractive person only. Until two days ago.

Two days ago, in one of our Second Phase Activator classes we were digging for the “default name” we’ve given to us.

It was a good class. He said his default name was “I have nothing of value to give” but when he said it, there was no emotion over there.

When you say your default name, your heart hurts. It hurts so much that it is almost unbearable. It doesn’t matter who says it, you or someone else. It hurts.

We use our entire life to fix it, to hide it, to cover it up.

In a flash of inspiration I got that the real name is “I am useless.” And suddenly the mask fell away. Suddenly there was a person there, in front of my eyes, desperately trying to make a life for himself on the top of that horrible name, I am useless.

With that name, this little boy (and man later on,) was doomed to have more and more evidence that he was useless.

And if I recounted his whole story, every step of the way you would see that the story plays out inside this tiny box: I am useless.

On one hand he is trying to be useful, almost forcing his help on others. On the other hand procrastinating, lazing about, never really learning anything with which he could build an alternate life for himself: why should he, he already knows that no matter what he does, he is useless, and that’s that.

Each and every person, you, me, Einstein, Obama, spiritual teachers, writers, sages, are all coming from a background of a default sentence.

The default sentence gives you the box (world view) you live in. Some have a little bigger box than others. But we all have a box.

Is there a way outside of this? Indeed.

There is only one problem: most people will be unwilling to take that way.

So what is the way?

Let me start with an energetic rule: anything that you allow to be will allow you to be.
Or said in another way: What you resist starts running your life.

One of my original names was “I am stupid.” I decided to “tackle”it.

I was a business owner (this was about 20 years ago) and my business was struggling. I knew why? I was too stupid to make it successful. But I decided to question the true-ness of the axiom: you need to be smart to be successful.

I set out to watch people that were successful, and assess their level of smarts and education.

I found that neither had anything to do with their level of success.

Hm. That is good news.

I invented a new sentence for myself: I’ll be the stupidest millionaire of all.

Did I succeed? If you are asking if I became a millionaire? No, I didn’t. But I succeeded in what I really wanted to succeed in: I am no longer limited by being stupid or smart. Do you know how I know? I stopped proving that I am smart, and I stopped berating myself as stupid when I made a mistake.

I became a much nicer person to have around. I wasn’t compulsively correcting everyone, I wasn’t pushing myself in the forefront… I had a space to just be.

Why is this important? I became a happier person. I became free-er… healthier, I slept better. I enjoyed working more.

Did this handle all my limitations? No. Why? Because this wasn’t the only limiting factor I had.

Was it still a huge breakthrough? Yes.

As a coach I have tried to teach others to do it, but I have failed. Every time.

But recently, out of Russia, two books came, and now there is another way to get outside of the box, outside of the labyrinth of your life: The Art of Soaring.

I have been teaching this to my Second Phase Activator Class students, and some of them are able and willing to use the techniques of soaring, and the results are astounding.

Now, back to the title: Jesus decided on choosing death because human beings weren’t (and aren’t) willing to admit to their shortcomings. He died because the alternative would have been failure…

Had he had the Art of Soaring at his disposal (having fun, humor, magic, etc. are not very Jewish tools, lol) he would have taught them, and the rest of history, our past two thousand years would have been heaven.

Talk is not able to transform the world view of people, not even for a moment.

In the Art of Soaring it is the person who wants transformation is doing the speaking. And the speaking is a specific type of speaking: it is generative. It is imagery. It is speaking something that is born as you speak it.

The art of imagery, as Anastasia calls it. In bite size pieces. Capable to transforming lives. On a dime…

5 thoughts on “Why Did Jesus Choose To Die Rather Than Live?”