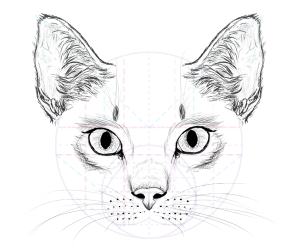 This starts with a blog post by Jonathan Fields

“The best of the best don’t just do more with what they see, they see more before they do.”

What Jonathan Field doesn’t say in the below article (after my ramblings), because the idea that seeing is a DNA capacity triggered by looking, is not common knowledge. I think so much so, that other than myself and my students, no one considers it.

DNA researchers are solely focusing on health… or illness to be precise.

I focus on the Original Design that is clearly laid out in the DNA… even a blind man would see it if they were looking, but alas, no one is looking.

So when you read JONATHAN’S article, consider adding in many places ‘looking’… please.

One more thing: the fifth step in the 67 steps is about rich friends and poor friends. One of my students writes: poor friends behave the way they behave because they are afraid that they won’t look good, or they will not have money… I am totally paraphrasing… but ultimately the gist of his view, what he sees, is that poor people behave the way they behave because they have a reason.

When you have The Sight capacity, when you can see the world rightly, you suddenly see that poor people are poor because they behave that way…

When you cannot see, you put the cart in front of the horse… and you are surprised that you feel justified, right, and yet you are poor, sick, unhappy… and it is all because you don’t see. Can’t see. More important: you won’t even look… I’ll repeat that:

You won’t even look!

The sad fact is this: that person, that client, that student has had his Sight capacity activated… but you see, if you don’t look, you surely will only see what you have already seen.

Here is another example, also from today’s mail: A student writes:

Helen on the Saturday What’s  missing Workshop described looking at the (bark of) trees (and the way the lights and the shadows create a pattern). I Was so present, I could experience through her a glimpse. I don’t feel the juice in the exercise for myself yet.

Yet another example of putting the cart in front of the horse… making a decision without looking… ugh.

My answer to her was this:

if you need to experience the juice of an apple before you bite into it, you remain hungry.

the juice comes AFTER doing it for a while, when you start seeing.

Looking must come before seeing.

If you buy The Sight capacity before tomorrow midnight (July 14), I’ll activate and re-activate it for you, so you have time to learn how to look… if you are willing, that is. Most aren’t willing. You’ll get daily feedback from me, so you can track if what you think is looking is indeed looking, or nothing of the sort.

Scrawled on the page, with rare exception, you’ll see some kind of two-dimensional, cartoonish line-drawing of a cat. Not the cat sitting in front of that person, but the representation of a cat that person was taught to draw as a kid. The one that’s been imprinted on that person’s mind since she was nine. And they’ve got no idea that’s what they’ve just drawn. They just laugh it off and say, “I can’t draw.”

Put an artist in front of that same cat and you’ll get something quite different. A three-dimensional, shaded, life-like image of the actual cat. Well, of course, you say, she’s an artist. Thing is, that explains why the image is beautifully drawn, but it doesn’t explain why one person drew a “stock-art” cat that existed in her head and the other drew what she saw in front of her.

The difference is that the artist was trained and practiced not just in the art of drawing, but in the art of seeing. Dropping the filters, leaving behind the childhood patterns and imprints that stopped her from observing what was actually right in front of her. The objective image, rather than the conjured illusion of sight.

You can’t hope to draw the truth or build on the truth until you see and know the truth.

The non-artist never learned this, so she defaulted to pattern-recognition. And the sadder thing is, she had no idea she was doing this.

The best of the best don’t just do more with what they see, they see more before they do.

I wonder what might happen if we all spent more time learning to see?

Now, how and why does it apply to you? Because it is not only artists, or not artists that inhabit the world. It is you… and someone who can see more… more truthfully, closer to how it actually is.

The second part is illustrated by Charlie Munger… His intelligence, measured by me, is 130, which is probably 160 or so on the IQ tests, uses 40 spiritual capacities to understand and apply all the knowledge that he gleaned from his studies of psychology and other social sciences, to fulfill his bottomless curiosity.

Here is the Harvard University speech from 1995. The Psychology of Human Misjudgement by Charlie Munger (also known as his 25 Cognitive Bias talk)

This acclaimed talk by Charlie Munger, the billionaire and business partner of Warren Buffett, has been passed around in the classes of most high level MBA programs and between value investors, who seek to improve their critical decision skills.

In 2005, Charlie decide to revise his talk from memory and unassisted by any research. Because he thought he could do better at age 81 than he did more than ten years earlier when he knew less and was more harried by a crowded life and was speaking from rough notes instead of revising transcripts. (In the Resources)

Charlie Munger’s 25 Causes of Cognitive Bias: The number in brackets shows where in the speech it is in the video above.

You may need to listen to it a lot… and even then you probably won’t hear a lot… because your lack of active DNA capacities, your lack of curiosity, your lack of desire to learn and see the world correctly.

But if you do, your reward will be the good life…

I dare to say that the source of unhappiness, lack of success, lack of health are these cognitive biases: your inability to see what is, and your tendency to be fooled.

If you buy The Sight capacity before tomorrow midnight (July 14), I’ll activate and re-activate it for you, so you have time to learn how to look… if you are willing, that is. Most aren’t willing.