Thank god, I can relate to this… I didn’t know myself, didn’t even begin to know myself until 1988 or so. It’s a stumbling block I myself had to go over… and it wasn’t a walk in the park, so I see your hesitation.

And it isn’t the easiest stumbling block either. It takes courage. Man of Fear won’t even go there. Man of Courage… hell yeah… once he finds out that it is missing.

It’s a difficult stumbling block, because knowing means: accurately. And knowing means: sober eyes. Not critical, not judgmental, not apologetic, not justifying. And not running away.

Sounds final, but that is exactly what it isn’t.


Allowing facts to be facts, is what allows them to change, grow, morph into something else.

Hiding them, whitewashing them, lying about them, trying to change is what makes them unchangeable… fixed.

Claiming that you don’t want to be the way you are, or that you want this or want that… is what keeps you the same. It’s a strategy I see every day… Results? Disastrous.

Ownership is needed. Owning who you are, owning how you are, warts and all.

You see, until you do, you are stuck on the lowest level of not-animal… on the systemic level. You don’t even really have access to the extrinsic level, where your interactions, your relationships, your work, your money lives. Your worth a damn factor. Your worldly worth.

As long as you see anything wrong that you are, instead of it being just what it is.

And although I know you are here because you hope that I will do something and suddenly it will be all good, I am sorry, this is something that no one can do for you.

I had a call with a student yesterday, whose real person and public persona are diametrically opposing.

At home she is cowardly, indecisive, good for nothing.
But if you go to lunch with her, she’ll talk you to death, proving how much she knows, how smart she is. How much smarter than you.

Obviously she is quite typical.

And I can talk till my mouth hurts, unless she looks in the mirror and sees herself for who she is, she is stuck… stuck in both behaviors; the private and the public.

Or the delusional one… who knows he is one way, but if he just looks at what is possible… he fancies himself there… and now he is that.

But you are a lot of this and a lot of that… some you like, most you don’t. And you are unclear, confused, and can’t just look.

How well do you think you’ll do in life if you are that confused? If you are that foggy about what is what? I hope that you can see that it’s the ticket to not doing well, heartbreak, sadness, disappointments, and broken dreams.

One area that is most obvious to me is health.

When your body is struggling to stay alive, you become narrow focused; you are in survival mode.

Bells going off, anyone?

Everyone wants longevity… but why not, instead, put life into the years you have?!

Oh, you don’t know you could? You can.

The highest health number I found is Dr. Wallach. But want to be surprised? He is dehydrated. Or said in another way, his cells operate in an advanced state of drying out. In fact 90% dried out.

When you listen to him, which you should, he is right about a lot of things he says… even though everything looks like a nail to his “I have a hammer” approach. 1

What you need to hear is that he is like a freight train… narrow cone of vision, not looking anywhere other than what he knows.

That’s why his truth value is not higher, and that’s why he is dehydrated.

He stopped growing 40 years ago.

He had the opportunity to grow, he has the spiritual capacities to grow (20). but he didn’t grow, because his cells are in survival mode… because of dehydration.

There is a capacity that most people need, and could keep on indefinitely, if…

The capacity is called “Self-trust”.

It’s missing for you… isn’t it?

And it tells you, that if and when you get into trouble, you can deal with it.

Lots of people have bought the Energizer® energy, the one that energizes your water to 650 vibration, where it suddenly becomes coherent, becomes the kind of water that is harmonious with your cells.

Water that is not coherent is not accepted by the cells, except a little bit, just to prevent cell death.

Which means that 90% of the water you drink just goes through you, without providing your body with the most important nutrient: water.

Best to start with filtered water… tap water takes a lot longer to energize and it won’t ever be fully coherent.

I will look and think how to make your shower and your swimming pool energized as well. Getting closer to a solution. 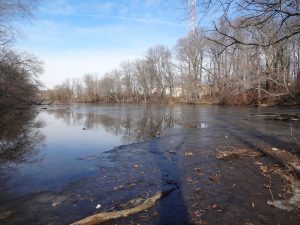 One of my ambitions is to clean up lakes with the energizer.

One idea is to put the audio source, the loudspeaker into big bubbles of thin membrane, and play the audio to lakes.

I know it can be done…

Toxins lose their toxicity when they are shaken into coherence…

Just like your inner toxins. Whether they are physical, or mental.