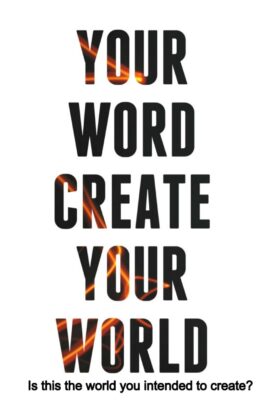 Integrity: The Key To A Life That Works. Key to Peace Of Mind, Accomplishment, Satisfaction, And Happiness

When I measure your integrity, it is low. The average integrity of people on this planet is 1%…

Homo sapiens is a culture where talk is cheap. Where people have voices in their heads pretending to be them… while they say something different through their mouths.

I even experience that myself: I hear the voice saying: I can’t do it… And I do it. Or it says something and I say: Oh, OK… and I do what the voice suggests that I do. 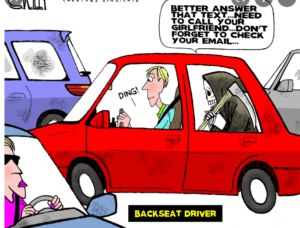 The voice is not me. It is a kibitz sitting in the stands while I am playing on the field. The kibitz has no skin in the game, it just talks.

Another example for a kibitz is the backseat driver… ugh.

We live in the Kibitz culture… Winners ignore the voices, losers treat it as good advice. It never is.

The terminology of integrity: integrity is either in or it is out… meaning you are either doing/being what/who you said you are, what you said you were going to do/be/say… or not.

Meaning: your level of integrity can be change moment to moment.

Morality’s language is: It is right to do this and wrong to do that.

Keep your promises, cross your tees, dot your i’s.

A simpleton, mechanistic way of viewing something sacred, much like the statement: God is always there, noticing the fall of a sparrow and the hairs on your head…

Religion, any religion, is just one of the murderers of the human soul. The other one is state. Government. Most specifically the education system.

If you want to have any of the good things in the title, a life that is working, peace of mind, accomplishment, satisfaction and happiness… you need to declare independence from religion, state, and maybe from your family and community too. Autonomy.

Not revolution, instead independence and autonomy.

Revolution is reactive. Revolution comes from ‘there is something wrong’ and the ‘revolution’ is fixing what people deemed as wrong by replacing it with some other moral system that is just as rigid as the previous one and oppresses the individual, just like the previous one.

Declaration of independence is not a revolution. It is stating the obvious, the natural, the Original Design.

You are NOT designed to live by someone else’s standards.

Each human has a built in compass, some people call it conscience, but I prefer the Hebrew version: in Hebrew conscience and compass use the same word, i.e. inner guidance.

Moreover,the design doesn’t support humans to take away what belongs to another, stuff, life, or honor or right.

It is a later development. Came from the time when people started to become begin to use their egomind as if it were their Self

The mind is a dumb computer, it makes no value or moral judgments about the input, it doesn’t refuse it as immoral, inhuman, or unnatural. It takes it. And then honors it as the truth.

Your mind sucked it all in from other human machines, biological machines, your parents, your caretakers, your ‘educators’, your church people, your peers, your politicians, your media.

And unless you declare independence you are screwed.

When you declare independence you, little by little, rid yourself of the mores of ‘society’ and start listening inward, the the mores of the spirit.

The spirit only wants that there be flying… it wants you to fly.

When you follow the inner guidance you have integrity with yourself.

No one can tell if you have integrity: only you can.

Integrity is an inside job: it is between you and you.

Judging from your feelings that I feel when I connect to you… you know it. And not surprisingly you are afraid to be publicly revealed, to be known for what you are… a person with no integrity.

Most people don’t know anything about integrity. So first and foremost, if you want to increase your integrity, you want to learn some moves and principles. Without these moves you can’t have integrity, can’t have peace of mind, can’t have all the good stuff independence can provide you with.

Principle #1: All promises, whether you made them to yourself or to another, are conditional. Always.

If the listener, the recipient of the promise, has no commitment to what you promise, the promise is null and void.

Of course, as you are currently one of those biological machines, you never thought of checking if the other is committed to your promise, have you?

Of course you have never stated the conditions either. You never said: I will keep my promise to you as long as you keep your promise to me!

Instead, you heedlessly, head first jump into making promises… NEVER an agreement. And you become someone who

You are like the guy who jumps onto the football field, grabs the ball and gets creamed… Yeah. Recognize yourself?

This is true for marriage vows too… no agreement, no conditions, no real promise.

You also don’t know that all speaking is committing, did you?

You didn’t know that when you invite someone to come over at 10 am, you also promised to be ready to receive them, free and clear… even if you didn’t say so.

You didn’t know that when you say: ‘I am so stupid…’ you just made a commitment.

And here come the moves

Move #1: first: take back ALL your promises ALL casual, unintended commitments.

Hunt for them, track them down, write them down and do what you need to do to take them back. CANCEL THEM.

If for some reason you you are not allowed to take them back, indicate to the other person that you will renegotiate those promises as soon as you get clear.

Out loud, whether anyone listens or not, cancel your promises. One by one.

Get back to a state of no promises hanging out in the universe. Most promises are floating about there like lies… which makes you a liar.

Don’t even dream about having any peace of mind until you do this.

It will take some time, but this will be the worthiest investment of time and energy, because it will return you to nothing… clear empty space, from where you can decide, which way you want to go.

One of the best things I can tell about my life is that I am not busy. I work a lot on stuff I like, but I am never busy.

I have canceled all kinds of promises myself in all areas of life.

The language of promises is often not strait, like ‘I will’

All the having to, needing to, wanting to, and should also live like promises.

Today, if I talk to someone, it is a big deal: there is no have to or should in that. It is because I am guided to do so. So I can be fully there… present.

There are more moves… and they will come down the pike…

You’ll be busy with Move #1 for a while.

Let me know how you are doing, OK?

PS: Pay especially close attention to the ‘promises’ you made beginning with

Those (plenty of them) are the most vicious prison-guards.

Want to learn more about requests and promises? The moves?

They are power moves… and can alter your view of life forever.

How about on my next Office Hours… This coming Tuesday at 2 pm EDT.

Register in the webinar. It’s free

PS: To my utter surprise people don’t know the difference between promises and commitments.

Promises have a future tense verb in them… I will, I shall do whatever.

So when you say: I am so stupid… that is a commitment. You commit to being stupid.

When you say: I shouldn’t judge… that is a commitment.

When you say: I can’t… that is also a commitment, not a promise.

I just looked it up on google… and to my horror even people there don’t know the meaning of either. So maybe you are the victim of the tish-tush (fogging) culture… that strips words of their power… by creating confusion.

I’ll make sure I’ll clarify it at the Office Hours of Tuesday.