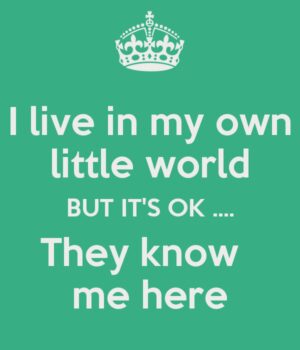 You live in a world of your own design… But how does one build a world of their own design? Really design it? Consciously? With the end in mind?

Everyone hopes that this sentence ‘you live in a world of your own design‘ means that you can change your life.

But the sentence means: you have the world that you have designed. You built it. Brick by brick. And most likely you are stuck with it.

YOU built it. Not ever considering the consequences of your actions.

You built it to be a tiny cage: secure enough so you can feel safer, that you can feel not too much for you to deal with it, tight enough to feel trapped. 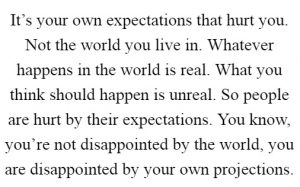 THEY didn’t do it. The parents, the teachers, the husbands, the bullies, the politicians, the White Folks, etc. You did.

Let’s look at learned helplessness first: a condition in which a person suffers from a sense of powerlessness, arising from a traumatic event or persistent failure to succeed. It is thought to be one of the underlying causes of depression.

It doesn’t necessarily sound like something you have, but you probably do, in the most important areas of life.

One of my students enrolled and completed Law School, because his parents suggested it. So far so good.

But if you dig deeper, she could not see that she could have argued, negotiated, asserted her own will: she wanted to learn languages… 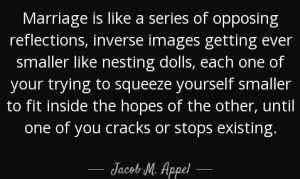 Another student of mine is an unhappy Chinese wife following what her mother taught her. In her own words:

The way I was brought up, a sheltered life, relying on information being fed to me, from the structured education system, to traditions past down for generations from my ancestor, marriage and family structure, to having a stable salaried job–don’t make waves mentality are learned helplessness. I never questioned a different way, and I always choose to play safe.

My understanding of what marriage is came from my mother, she taught me what a proper woman should be, self-sacrificing, putting her own needs last. So my picture of marriage is a woman putting her needs last, everyone else comes before. This is my learned helplessness, this is the way marriage works, as long as family are together. I resented myself for feeling differently, unwilling to compromise, wanting to escape, and ignoring my own well-being and happiness. My reaction to this has spiraled to sabotage and lost, I don’t see a way out.

Learned helplessness is handing over your power to another, or to a system… and then blaming them for it. 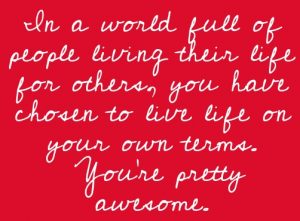 Nearly every minute is an optional choice.

You choose the same every time… and there you have it, you build your life with your choices.

Most choices are: shall I do what I have always done, cower, resign, resist, fret, go back to sleep… or shall I try something different.

Most traits are both genetic, or gene based, and choice based.

When I turn a capacity on, in the genes, a person still has a choice. And to my dismay, most of you have chosen to continue doing the same thing, not what the capacity opens up. 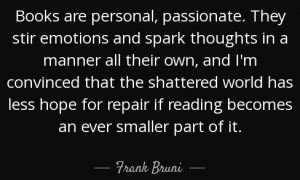 You do live in a world of your own design… even if you are unaware of the design.

The design is ultimately a principle, an ultimate choice between cowardice and courage.

If you realize, now, that the life is built, that you built it on the wrong principle, you CAN change it.

You probably need to practice courage.

Courage is found in the choices you make, not in how you feel.

I may not be the right person to teach it to you, because I am courageous. And a courageous person doesn’t know they are courageous… they know that they are afraid. And yet, they stare fear in the face, because what is important: dignity, unstoppability, what I want to do is more important than fear.

The trembling hero… the only difference is what they chose to do, moment by moment.

Step into the cold shower. Stay up all night, just because you can. Walk at night… Choose to talk to someone. Cause yourself to tell the truth. Choose to try your hand on something you have no business trying.

One of my students says: I know I should take cold showers… but I always forget.

Liar. If it were important to you, you would not forget.

So life remains what it has always been: tepid water, kiddie pool, shallow, safe, and devastatingly limited.

You keep on giving your power away, and you don’t see that every time you do that, you strengthen the walls of your world.

When you protect the people in your life from yourself… lol…

Many people have really sick partners… daughters… but would not dare to introduce them to a new way of eating… let them be ignorant, miserable, sick, die… just don’t rock the boat.

If you can’t, if you won’t buck the system, you’ll have to live in it. 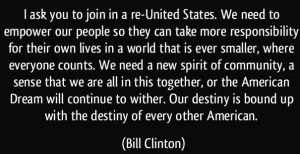 If you don’t re-negotiate your relationships, you’ll never even know what’s possible.

Learned helplessness is considering everything set and sacrosanct. Not negotiable.

I haven’t had a checkup in 24 years. I prefer to live right. Pay attention. I take my own life in my own hands.

Being trained sheep is also ‘learned helplessness.’ It says: something other than me is causing me to do things… or not do things.

You cause nothing. Not a thing.

I remember a course where we did just that. Said no to each other.

Paired up, turned the chairs to each other, our knees touched. And alternately invited each other to do something. The answer had to be No. That was the exercise.

We did it for hours. Both saying and hearing ‘no’ was hard, disorienting, but became less so as the time passed. Hours.

Try it. If you have no one to practice with, try the mirror. Ask the person in the mirror to do things, and then make sure the person says NO. 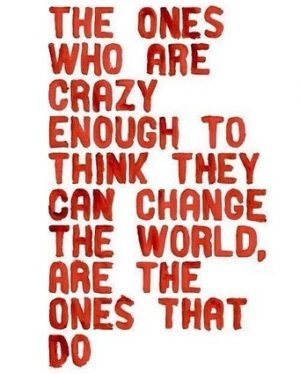 It’s time to redesign your world to a world where you can and do say NO.

Until you can say NO, you can’t wholeheartedly say YES.

Until then nothing is a choice, everything is an option… taken from learned helplessness. Keeping you and your world the same.

Tomorrow, instead of the original What’s missing workshop I’ll do an altered one: where we’ll do the ‘what are you building with that?’ exercise.

So far your attempts are pitiful… so you need some training.

Too early in Australia, sorry Duncan.