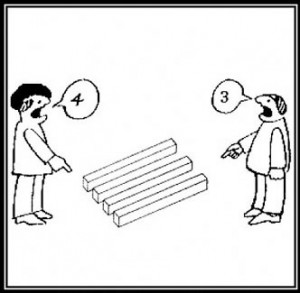 I got an email from a reader today, one of many such emails:

“Hi Sophie, I listened to your video but I didn’t get the answer or find solution to my struggles in life! I am wondering, yes as you said, why I am not transformed in-spite of learning so many methods from attending seminars and reading books! I came from a broken family I tried to change my life but sometimes my life was up but mostly down!

Financially I struggle, bankrupt and thinking to end my life. . . But when I hear your story, I did not and I am now almost 5 years searching for answers? I have read the Bible many times from cover to end and everyday, I received emails trying to sell me self-improvement books but I am fed up, nothing works! I would appreciate if you can help me!”

So what can you answer to someone who has been struggling and considering suicide a viable alternative?

One major distinction I need to teach to all my readers, students, a distinction that if you don’t learn it, you’ll miss everything.

The distinction is called: Where are you listening from?

The from is the operative word here. It is your base attitude consistent with your “grounds of being”.

We each are embedded in a paradigm. The insides and the walls of our paradigm are built from our belief system. Your paradigm has everything that you need to stay the same, and nothing to be more successful that you are, happier than you are, thinner, richer, more entertaining, more attractive than you are.

Your current life is exactly what’s possible inside your current paradigm.

When you look at someone who has what you crave, you can be 100% sure that they live in a different paradigm with beliefs that can’t be found in yours.

A transformational coach needs to be able to break through that paradigm wall and give you a glimpse of the belief that doesn’t fit in with your current paradigm and can give you what you want, in this case success. Why? so you can hunger for a paradigm shift. 1

As a coach I can tell you that certain paradigm shifts are harder to accomplish than others. It is not a linear process, it is not adding a new belief to your paradigm. No, you need to leave your current paradigm, and for a little while be nowhere. For the ego, the aspect of you that wants to keep you the same, safe, sound, unchanging, this feels like death.

So you can see, for paradigm shift you need courage.

Paradigm shift always requires you to have a big enough desire and enough courage to jump. And a certain willingness to face your mortality, although there is no real danger of death, but it sure feels like it’s death.

People, like myself, who have gone from a deep and miserable place to a higher place have faced several paradigm shift deaths and they are better off for it.

The paradigm shift I teach in the the mustard seed video is particularly difficult, because the shift needs to happen on the most fundamental level: your grounds of being. The carpet needs to be pulled from under your feet.

Here are the two paradigms: the limiting one of the reader and the less limiting one I am trying to shift her into in the video:

In the limiting paradigm she is an effect. She is defined by her circumstances. She is waiting for someone to rescue her. She behaves as if learning more could make a difference. Taking courses, reading the Bible, hoping.

She lives in her mind that only cares about learning and remembering and feeling very smart. The religion she learned at home is that the deity will come and do something for you.

She hears Jesus talk about mustard seed of faith, and listening from the first paradigm she hears “faith in deity.” 2

When someone from the second paradigm reads the exact same thing in the Christian Bible, they hear: “Faith in my ability to create, in my own deity. If I was created to the image of God, then I can do it!”

As children we all came with that “innocent” belief, but most of our upbringing beat it out of us real soon.

Catholics are especially in an unenviable position: they are in the most “sheeplike” state because of the way religion is taught.

Independent spirit, rebellion, real creativity, co-creating is literally non-existent when you are reduced to sheep. Flock? Not an accident you are called “flock” when you are a catholic. That was the ultimate purpose of religion to begin with. To reduce you to sheep. Religion, organized religion, is all about man’s power over man.

Prayer, the words one says when one prays with their on words, sheds light to the mindset that it comes from and builds at the same time.

In the first paradigm you hold out your hand and ask deity to give you what you want. In the second paradigm you acknowledge that all creation is working for you, but it is your job to create what YOU want. So you ask for strength, persistence, faith in your own ability, inspiration, etc.

So, if you are listening from the first paradigm, you are looking for answers.

If you are listening from the second paradigm, you create answers. 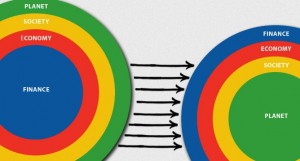 Last night I sat down and created a video (for myself) to sort out what it is that I need to do to make sure I can pay my rent.

Know it or not, Google, the search engine, decided to play god and bring the seven plagues to website owners.

The third plague is coming up.

They decided to name them animals. The first was Panda, the second is Penguin.

They are as non-discriminating as the plagues were in Moses’ time. The plague: ‘death of the first born’ did not spare the Pharaoh’s first born… that is the nature of plagues.

So whether you had a website to scam people, or to sell sex, or to sell happiness, your site was hit if it met the criteria Google set. Google is a giant machine.

My site was hit, and it was hit hard.

My website traffic fell, overnight, from 1200 a day to 9 a day. And with it fell my income.

This next rent check, only 9 days away, is in danger of not being paid.

So, to force myself to rigorous thinking, looking and inquiry, I decided to record the process. Otherwise, I have tried before, I would go down into deep rabbit holes, or start something hastily without seeing the whole pictures. Or go to despair.

I looked and wrote it all down. I used a mindmap where it is not linear.

Several of my beliefs about myself and about the situation, according to the muscle test, weren’t true. And many of the directions I set out as possible drew a ‘no’ in muscle test.

Without muscle test I would have gone down those tunnels… among them was one particular: “I am not liked by my students…”

Why am I sharing this with you? Because this is a second paradigm way of looking at a crisis or breakdown.

I know it is all up to me. And I ask my Silent Partner 3 for his input in the form of a yes or no.

That is the paradigm where winners listen from.

I won’t rely on the “limited perspective of the human mind” to make my decisions about directions. I defer them to Source, but I fully know that I am going to do the work. I am going to build the skills, the relationships, write what I need to write, say what I need to say. In a timely manner.

In coaching, no coaching is possible until the client is in action. No one can coach someone sitting on the sidelines, waiting for a miracle.

Miracles only come when you have done everything you could possibly do.

Madame Curie searched for a formula for three years, to no avail, and when she was tapped out, the formula came to her in a dream. And I could tell you that this is how it works, there are thousands of “miracles” in the world of science, documented.

I call them “the results of poking the box”

Poking the box is working in your current paradigm trying to go beyond it. Working around the edges. Trying new things. Taking risks.

Poking the box is uncomfortable, and a lonely job. You need a mustard seed of faith to continue doing it. Faith that poking the box will bring the result you crave. NOT faith in a miracle. No. faith in your ability to continue poking and find what you need to find.

If you look at my work, as a spiritual innovator, I am a box-poker… lol

I use techniques of my own in poking.

My techniques often upset people. I use a potty mouth, I use insulting people, I use impatience, I use threats of dismissal. They are all ways I poke the box.

People, when they are allowed to be comfortable, do not change, do not try new things. I need to keep them out of balance.

My mail box is full of emails complaining about my methods.

The complainers are in the first paradigm. They expect me to do it for them, and they don’t like that I don’t…

The second batch of emails are full of good advice… all those good ideas don’t make a difference. Why? Because if you want miracles, you won’t do much, will you?

You will go to classes, you may even pay for them. But you won’t practice, or if you practice, you practice from the mind… from the same place, the same old place, not the new one.

Until you can go to the new place “If it is to be, it is up to me” place, you are still practicing in the “sheep” place.

This is most evident when people come to healing calls. They come back every call with the same exact complaint they had the call before.

They come back for me to fix them, but they don’t do anything themselves to remove the cause of those complaints.

They have the welfare mentality (that is another way to look at sheep mentality or the first paradigm!)

I ask them to leave. Why? Because everything I would do for them would just strengthen their belief that they can get something for nothing.

You are created to the image of the Creator. Just like the Creator isn’t holding out its hand, you are also to be self-reliant. And co-create with the Creator. The Creator brings the guidance, you bring your work and YOUR brilliance.

PS: You can watch the Video of the mustard seed session. To get to it, please fill out the form below and click “submit”

PS: If you want to see the video I made of myself for myself to get out of the tight spot I am, send me an email. You must be on or sign up to my mailing list… the above form is perfect.

2 thoughts on “What Is The Attitude That Is Most Missing For You To Succeed?”