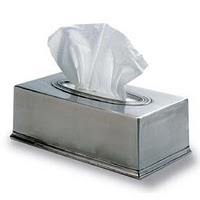 All my life I wanted to go home.

No matter where I was, periodically I had this overwhelming desire to go home.

Where home was, what home was… I had not idea. I just knew that I was going to recognize home when I get there.

I was an atheist, there was no religion in my family, and any sign, any symbol of religion filled me with a sense of dread, a sense of distaste.

I remember standing under the decorated Christmas tree playing the Silent Night. I found that song uplifting, Christmas lovely. It was not a religious holiday.

I was plagued with bouts of depression, strong, deep, devastating depressions with strong desire to self-annihilation.

At the time I didn’t know that the feelings I felt may not have been mine. I am an empath, which means I feel other people’s feelings, and I actively need to unhook myself, shield myself, rinse myself to be able to feel my own feelings.

There is a lake in Syracuse that I can hear it screaming, wailing, suffering. The water is poisoned and whatever water is, whatever it is, it screams. I have to shield myself and put myself in an “impervious” bubble to protect myself from being exposed to the pain.

A few years ago an Indian guru, Sai Maa befriended some people in Syracuse, and was considering setting up shop here. I wasn’t attracted to her, but sent my best friend to assist her: and she served her for a number of years.

At a certain Saturday I was invited to an exclusive party at a friend’s house and I went.

She was there, and I knew a bunch of people.

There was chanting, and I love to sing. A showed no reverence to Sai Maa: I wasn’t her devotee… I saw her sending me arrows, her nostrils were flaring. I guess I was an intruder.

A friend of mine, also there, is a stock broker. Sai Maa showed a lot of attention to him. He publicly “demonstrated” to him his divinity: he pressed a kleenex tissue into his eyes for a minute or two, then removed the tissue and the pressure, and asked him what he saw. He said he saw white light. She said that he saw his divine self…

I left in disgust. After that incident I felt sick every time I heard her mentioned…

Late last year I had a commitment arise in me to find a way to cause transformation and changes to be permanent… I was getting increasingly irritated by the phenomenon: people (including myself) having breakthroughs, sharing them, only that hours or days later the results were diminished and turned around, as if someone were teasing us.

I used to call that “flash in the pan” results. I had no idea how accurate that description was.

I was obsessing about finding a method to make the changes permanent, and I got some leads from clients, teachers, friends, my soul.

One of them was promising, but was a kind of voodoo… but then I was guided to a technology that has proved itself to me: connecting directly to the Creator and asking the Creator for what I want done, changed, added, taken away.

Going up and talking to the Creator, among others, taught me where home is.

The home where I wanted to go all my life was there: communing, communicating with the Creator. Go figure… lol.

And the technology to go up and talk to God is teachable. So far everyone I have worked with had no problem getting there. They succeeded to really go home, faster than pressing Kleenex into a poor schlock’s eyes. Are you listening, Sai Maa?