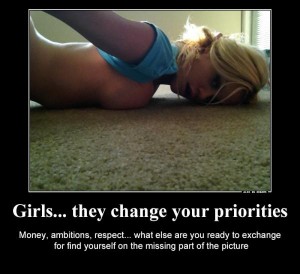 Every Sunday at 9 am I talk to the same guy. We’ve been mastermind partners since we did Pam Ragland’s course together in 2007. I have gone from wherever I was then, forceful and quite miserable, to who I am today: fully immersed in my life’s work: causing the seed of new humanity. (from a vibration of 200 to 990) He stayed the same. (Was 200 then, is 200 now.)

He started with an email he received that lead him to some interesting videos. Videos by David Cameron Gikanti… a “spiritual” money teacher. (It’s all about money for my friend, you’ll see later why…) I muscle tested Gikanti at 300… a little low for a spiritual teacher, don’t you think?

Many of our calls start the same way: he sends me to a video, or guru, or program… mostly AFTER he buys it.

The inner mechanism of why he stayed the same is clearly expressed in this conversation: his only act regarding his spiritual development is spending the money on this stuff. Maybe watch or listen, never any doing.

David Gikanti panders to the wishful thinker crowd. Much like the paradigm jumping guy, or the remote viewer guy, won’t mention names now.

What does the wishful thinker “thinks?” 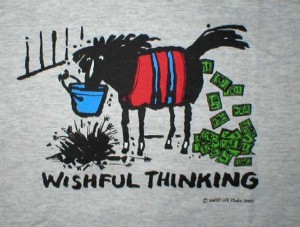 For a wishful thinker there is no root-of-things. They don’t think in terms of cause and effect, or if and when they do, they do not see clearly.

Example: this mastermind partner of mine (we are friends in an every Sunday way) is a wishful thinker.

Here is a little illustration how this consciousness develops: He went to school like most people. At the time he went to school the hip kids wore Levi’s jeans. His mother had a Sears charge card, and that is where she bought clothes for her two boys. Sears sold a different brand of jeans, not Levi’s.

For the little boy, the reason he was not popular was, was because of his jeans… (Don’t laugh, you have the equivalent of jeans: your looks, your teeth, your parents, your dad’s drinking, the part of town you lived… all appointed reasons why they didn’t like you. Or if they did like you, you had an appointed reason for that.) 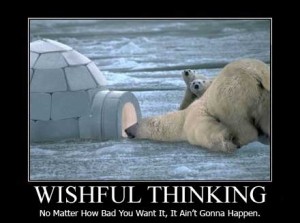 Was that the real reason? (When he made enough money to buy his own Levi’s, nothing changed. We find out that wearing Levi’s didn’t make him popular. His people skills were lousy. He was shy, he was withdrawn. Even today he is like that. But did he change his mind given the experiment he ran with buying the expensive jeans? No. His modus operandi is still the same: let’s throw some money at it, that will solve the issue… It didn’t solve it then and it doesn’t solve it today.

Now, here we are some 60 years later, and it looks like he is hosed, but it’s not so.

I teach people to distinguish their portable skills, skills that they can take and use anywhere.

When I ask him about his skills, he has none, he says. He knows how to do things, he may even enjoys doing them, but skills, those he doesn’t have.

What are skills? Skills are developed capacities to use an aspect of yourself, successfully. What aspect? It can be physical, it can be mental, and it can be interpersonal.

You are born without skills. Skills are learned. Talents are not skills, even people who have talent need to learn the skills that make that talent blossom. You can gave the gift of gab (talent) but that doesn’t mean you can sell, or tell a story coherently. You can build on a gift to develop skills that are rare and unique. 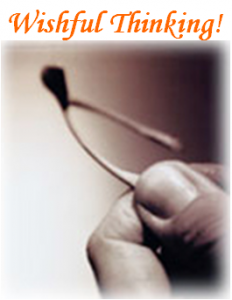 If he tried to follow those David Gikanti type people’s teachings, he would be hosed. Why? because those teachers talk to his mind only, and do not take him through the process of distinguishing his skills, sharpening his skills, or learning new skills.

He never thought that he could turn his life around if he learned skills of human interaction, small talk, being interested, listening keenly, etc. that are the foundation of every popular person’s success.

Why am I sharing this? Because he is more a rule than an exception. Most people don’t know they have skills, therefore they don’t know that they can learn new ones.

To raise yourself above the consciousness level where you are, you need to find out what are your skills… That simple fact will suddenly put you in the driver’s seat of your life. Remember, “if it is to be, it’s up to me!” but not without skills.

To start the process, please buy or borrow the book “What color is your parachute?”

Any year, the job hunting edition.

make sure you get the workbook as well. https://www.amazon.com/Color-Parachute-Job-Hunters-Workbook-Fourth/dp/160774497X/

If I get enough requests, I’ll consider creating a course/mastermind group. Requests need to reach me with a minimum of $10 donation, otherwise I will disregard them. Talk is cheap…