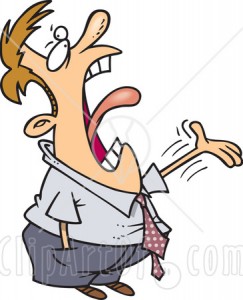 This article is about a counter-intuitive transformational technology you probably won’t find anywhere else… It is worth its weight in gold and it can make the biggest difference in your life, in your level of satisfaction, happiness and well-being.

I am taking a seminar I took some 25 years ago. I am taking it again, in spite of the inconvenience of having to hitch a ride to a town 60 miles away, having to be among people with really low vibration.

I am taking it again because it made such a huge impact on my life 25 years ago. In fact I would not be here doing this work if it hadn’t made the difference it made.

Being in a seminar also means being in weekly conference calls. But this article would not be possible without that: without hearing what “normal” people function like: I have almost forgotten.

The name of the seminar is “From Complaint to Possibility” It does have a main title that I will reveal later in this article.

Let me first share what it is that I discovered about “normal” in this seminar, so far: it is dramatic and worth paying attention to. Chances are that you are normal, at least some of the time, so listen up, OK?

The seminar starts with looking at all the complaints you have in your life. The list of complaints fills pages after pages, if not, you are lying. Literally lying.

Complaining 2 about stuff, about people, about ourselves, about the weather, about the Global Warming, about the government, etc. etc. etc. is normal.

But it’s there. Takes eyes to see, ears to hear, and some free mind space to observe.

Most people have less than 1% of their mind allowing them to see what’s in front of them, accurately. Which means mostly they fight windmills, they interact with unreality.

If you are one of those busy-minded 1%-er, you won’t find the hidden complaints, but it is still worth your while to listen.

When they are forced to look or list their complaints, they hear that there is something wrong with complaining. The New Agey people say: ‘it’s negativity, and we won’t do that, and won’t listen to it.’

They are the biggest butt holes. Doomed. Are you one of them? Stop reading now, while you are still ahead, lol.

So, if complaining is not bad, not negative, not something that shouldn’t be, then what is it?

In my observation (so far) complaining serves two purposes:

Oh, almost forgot, the full title of the seminar is “Excellence — From Complaint To Possibility” the possibility of a life aligned with fulfillment, satisfaction and meaningfulness… a life your Soul wants you to live. Did I mention happiness, joy, grace and ease? That too.