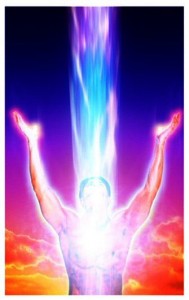 People who are familiar with energy healing ask me if my activator downloads are the same as an attunement.

I had to do some research, because, though I have been attuned a few times, with Omega Shakti System energies, and Reiki, I didn’t know what really happened.

That’s quite normal. I notice that people who get the activator downloads don’t quite know what hit them… lol

Here is a page from the Omega Shakti Systems site spelling out what attunement is: 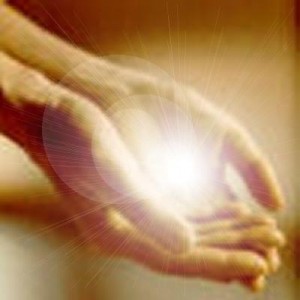 An attunement works with the subtle energy pathways of the body. It uses the nadis and the specific five filaments of the nadis like a wiring schematic. It also uses brain waves, yours and mine, the electrical energy produced by the heart, and something akin to prayer. Because of the way the attunement is diagrammed and the way you and I are wired, it pulls out of that energy conglomerate described before exactly what is needed. It creates certain “currents” that will help heal the body’s tissue, the heart’s emotions, and the mind’s turbulence.

That’s the easy part to understand because it deals with natural science, and the physics of it. More difficult to understand is the mystical component that I won’t deny exists. It is difficult to explain, but really easy to experience, time and time again. Experiencing these consistently replicatable experiences is what convinced this skeptic, otherwise I wouldn’t have been doing this work for a couple of decades now. There is a sacred Majesty to the process – done right.

An attunement is a procedure derived from unimaginably ancient methods that have worked, like acupuncture and Qi Gong, for thousands of years.

* The practitioner performing the attunements, with skill and conscious intent shifts her field energies to a higher frequency rate, at the same time linking that frequency to sacred geometric symbols.
* This procedure makes it possible to bond the Receiver’s energy field with the new, higher and more receptive energies.
* At the same time that one energy field is linking with the other energy field, all of this also moves through the hands.
* The energy apertures in the Practitioner’s and Recipient’s palms open for the one to administer, and for the other to receive, the energies. A link is created there, also.
* Then certain steps are taken to fix the newer frequency rates in the recipient’s field.
* It is a permanent change.
* It can only happen with the consent of the receiver.

Most of this remarkable process is quite scientific: do this in that way, and thus will result. However, there is that element to it that is mysterious, mystical, and unexplainable. At the same time that it is mystical, and is a leap of faith, it is also very natural, as it is based in body electronics.

The most effective attunements are passed through a system that has had a direct hands-on unbroken lineage back to the ancient culture which birthed It. The further the experience has moved from its roots, the less reliable, grounded, consistently reproducible and long-lasting it will be.

It takes a certain wattage to confer the attunement. If the field is ramped up to the voltage required for an effective attunement, there is a limit to how many our bodies can carry out in one day. If someone is claiming to pass energy dozens, or a hundred or more times in a day then what they’re offering is equivalent to something like a rather good treatment session — and even then, there’s a limit.

Distance attunements are rare, but certainly possible. They do require highly skilled and focused practitioners who have created a marked connection to the person at the other end.

I believe most of the statements by people claiming to do attunements with or generate session energy to hundreds or more recipients are issued by well-intentioned people who simply don’t understand the phenomenon of attunements or even energy exchanges very deeply.

There is a science, a majesty, a sacred connection during an attunement experience that is unmistakable. The attunement includes an energy exchange, because of course, it wouldn’t be one without the passage of energy; neither is it one without elevating it to the level that includes the science, the majesty, the sacredness, and more.

So that is attunement.

What I do is much simpler, much easier, no nadis, no filaments, it is simply re-activating the divine blueprint, the divine circuits on the circuit board.

In reality, I don’t do it myself, I just offer my connection to the Creator, and my knowledge of the dormant capacities, my vibration and command as an activating impulse to a direct connection between Source and the recipient. I act as a catalyst.

You see, if it is true that man was created to the image of God, then the circuits of the divine capacities need to have been part of that creation.

What is strange, and most people have a difficulty grasping, is that the design is there, but in a dormant stage.

My hunch is that it’s been there already in the reptilian stage, but the reptilian specimens didn’t have the consciousness that goes with activating the circuits.

The modern man still doesn’t. Some do, a handful, and I mean literally five or six, depending on the day.

So how come I come and claim that I can do it? Am I not human? I am. But because of my intention that is beyond the dominant intention of modern man, I have reached for, specifically, and received the capacities and the knowledge that goes with activating.

I also have a life-history that makes me able to empathize with most misery because I have experienced them most.

I also have a life-history of intense desire to uncover the hidden, to conquer the forces that keep us in the dark.

I could have asked for this knowledge just for myself. I could have. But I asked for it for humanity. Why? Because as a coach, as a business teacher, and as a healer I have seen the tremendous misery man lives in, and I could also see what man could be like, live like.

After 26 years of hoping transformation will do it, I decided that there must be a tool that hasn’t been introduced, and my hunches were correct.

Me asking so persistently for the tools created a moment of “an idea whose time has come” for Source, and I was given the tool.

And my “troubles” just began with that. I have a tool that no one wants.

An example for the untimeliness of the idea is the dieting movement. It is a lifestyle, an occupation, it fills the dieter’s life, it is their main concern in life. Do you think they are interested in a ‘few minutes a week for about a year’ procedure that would render them forever thin? No. What would they fill their life with if this comfortable, low vibration concern disappeared?

What they don’t know is that “the rising tide lifts all boats” and their whole being would start to open up to ideas of higher vibration and more inclusive of other people and Life itself. With its wonder, with its beauty, with its magic.

From this side of this phenomenon you can’t see that, because it is a series of paradigm shifts… but you need desire, trust and an agent with the tools…

But. Humanity at large is short on desire and trust. And the number of people that are ready to take the leap is small.

Humanity at large is only interested in surviving, and only surviving.

If 2012 will be anything like I imagine, though, I anticipate a collective sense of threat to our survival, and then I will be ready to do my work, and the demand is going to be there.