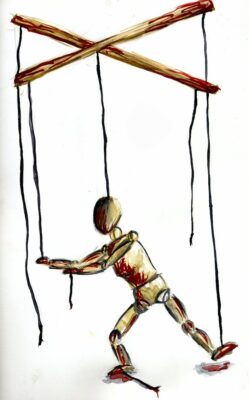 I don’t have a lot of trust in floating sentences like that, but yesterday I had a glimpse that it might be so.

I don’t trust them either because they are probably taken out of context, or they were made up by someone because they sounded good… after all what does your relationship with your parents, probably a long time ago, has to do with your life today? Right?

But yesterday made me look at this sentence, again, and made me want to ponder it.

Here are two examples where completing your complaint against your parent would mean the beginning of a free life, a life of your choosing. I’ll start with my own example, where life began when I did what I would call completing with my mother.

My example of how I completed with my mother

My life turned around in 1992. Twenty years ago.

My father died in May. My mother and father divorced 20 years prior, but my mother never forgave my father for leaving. She wanted to read my father’s letters to me.

She came to visit my, all the way from Hungary, to read those darn letters. I refused. I said they were private. There was nothing private in those letters, my father never mentioned my mother… I could have shown them to her. But I hated her. I wanted her to suffer some more.

But then something happened, that altered my perspective. My mother lost all the money she brought: after paying for some item in the mall, she stuffed her wad of cash (carrying cash in the US? What were you thinking, Mom?!) between her fanny pack and her body, instead of the fanny pack. It slid out, of course, and she called me crying.

At first, in my mind, I thought that she was a knucklehead, I mean, my mother. But bit by bit I managed to shift my perspective to “this little old woman, from Hungary, clueless, lost all her money by being a knucklehead.”

For the first time in my life I felt warmth and sympathy for the poor thing. She became human, vulnerable, and lovable.

A few days later I drove her around showing the magnificent view of Manhattan from the Jersey side, when she asked: “Was I a horrible mother?”

She was. Beat me, mercilessly, locked me out, called me names, refused to feed me, refused to take me home from the hospital… yeah, she was a horrible mother.

I took my time answering. I had this little old lady sitting next to me and I could have crushed her with what I say. The question suggested regret… I became merciful.

“No Mom, you were the perfect mother for me. Whatever you did lead me to turn out. Thank you.” I said, without looking at her.

Was I lying? Depends where you are looking from. If you consider truth simple, a fact, an undeniable fact, then I probably did.

But truth is not accessible to humans. Everything we consider truth is an interpretation of something that seems to have happened.

By altering my vantage point, by moving my point of view to look through the lens: all the horrors prepared me to be a great coach, a compassionate human being, then she was the perfect mother. I was wholeheartedly willing to have that new point of view my “default” view of my mother and my life.

Not much after she died.

I grieved her death. I grieved of what could have been.

My health crashed. In 20/20 hindsight, my body started to get rid of the accumulated results of my hate and resentment and self-pity to make room for a glorious, free, self-loving life.

Now, why am I sharing this? So you can see the contrast.

Here are two examples: one botched, for now, and the other one well on its way to success

In the first where I was an observer, the coach was attempting to get to the root cause of the woman’s perpetual sense of futility, feeling beaten, and discouraged. Familiar? It should be. Most of humanity tries to cover it up, the same despair, with fun and games, complaining about current issues, partners, economy, and such. But it is a smoke screen, to cover up the deep despair.

The coaching session didn’t produce the result it could have. Why? The coach didn’t have the courage to act as a surgeon, or maybe they didn’t know how to be a surgeon, or they didn’t love the woman enough to go out on a limb, maybe she was protecting something akin despair of her own… either way, the expression on the woman’s face and in her heart was deep resignation. Yet another program that wouldn’t make a difference for her.

The second “coaching session” happened in the car, with my friends, on the way home, an hour long drive, late at night. We could have chatted, listened to music, tell jokes, but instead I chose to volunteer my services as a “psychic surgeon” and cause the rest of my friend’s life to be glorious, if possible.

He is 70 years old, and if nothing changes, he will have to work to the day he dies, without much fun, without ever experiencing grace, ease and power… your birthright.

We managed to dig down to get to his mother, and her controlling behavior and his reaction of resisting it.

His mother will be 92 in 9 days and he is visiting her. I suggested that he gets a new point of view and forgives his mother. Not because it matters to her, but it matters to him.

It would be the crucial act of cutting the invisible ties that keeps him a puppet on a string, doing everything as a reaction to an imagined control and force. 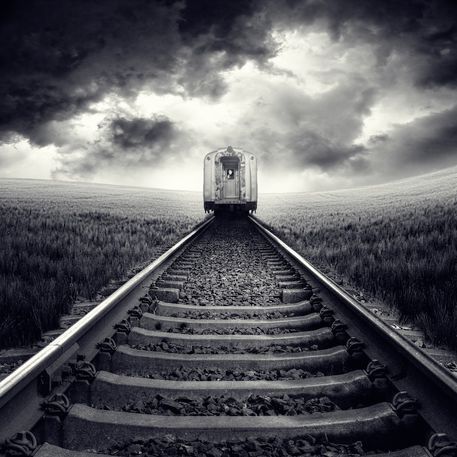 Either way: he has a few more years to live, and the rest of his life could be his own. He could choose… whereas until then there was no choice, only options. Much like when you travel on train. You can “choose” to look out on the window on the left side, on the right side, in the front or in the back, but you have no choice about where the train is going, unless you get off the train.

It is time to get off the train so you can start claiming your life back.

Life will become an adventure. You’ll win some, you’ll lose some, but it will be living.