A reader sent me this email. There is nothing personal about it: it could happen to you what happened to them. This is why I want to you read it.

It’s been awhile since we’ve communicated or worked together, but I could really use your help. I negligently did some things to myself that threw me way out of balance and I have no idea how to fix it.

Around the end of July, I went to a fair where I bought a couple of gemstones, one of which was garnet, which the person selling it to me said was good for my root chakra. Without really understanding what I was doing and thinking I was simply healing my root chakra, I put the stone directly behind me on the chair I was sitting on for about 3 hours while my root chakra resonated to it. The next day I had an absolutely massive kundalini rising which lasted for about 2 days and was one of the most terrifying experiences of my life. It was completely unexpected and caught me completely off guard. I had no intention of messing with my kundalini in any way whatsoever and still would prefer not to have it active because the energy is incredibly overwhelming and too much for me to handle. I later found out that garnet has the property of stimulating kundalini but there was absolutely no way I could have known this.

A few days later, I did a guided meditation had been helpful for me, but because of what had just happened with the kundalini, it affected me much differently than it had before. The meditation first involved asking my higher self to open my upper two chakras while rubbing on the forehead and the top of the head. At this point my intuition told me that it would not be a good idea to follow through with the meditation because I didn’t want to mess with the chakras anymore, but I felt that I “shouldn’t” be giving into fear so easily so I went through with it.

The person guiding the meditation then had me envision a ball of light above my head and then bring a beam of light from the ball down through my crown chakra, then each of them individually, top to bottom. The energy I felt while doing this was so uncomfortable that I had to stop before the solar plexus, and it threw me SEVERELY out of balance and I haven’t felt right since. I have been feeling almost like a soup, very disconnected from myself and from everything else, disoriented, zombie-like, sort of like I’m sleepwalking, out of phase from the world, like I’m not really here.

I feel completely lifeless and so does the world around me, and whenever I am doing anything I feel completely disengaged from it. I also have felt frequent activity in my upper two chakras since then, am concerned that I may have opened them, especially my crown, more than I was ready for, and am also concerned about the implications of having had them that open for such a long period of time without really knowing what to do about it. It’s possible that the zombie-like symptoms may stem from an overactive crown, but I’m not sure.

Nearly four months have passed since this has happened and I have asked countless people for help but none of them have given me any solutions so I’ve pretty much had no choice but to remain in this screwed up state without any idea of what exactly is wrong with me (everyone seems to have a different opinion) or what I can do to fix it, or what another person could do to fix it, or whether or not it’s even fixable.

This has been incredibly frustrating for me. For some reason I never thought to write you about this until just now. I realize you may be incredibly busy but I’m wondering what your feelings on this may be. Is there anything you can do to fix it, or would recommend that I do? Please let me know. I’m willing to talk about this with you on Skype or whatever if you also are.

Thank you for taking your time to read this. I look forward to hearing back from you.

PS: I realize now I should have asked this additional question specifically, but I assumed it was implied…are you able to identify the nature of the problem/what I did to myself? Clearly it can’t be fixed if we don’t know what it is. Again, I figured it was implied, but just wanted to be sure so there’s no misunderstanding

Here is the answer I sent them:

I meditated over your issue. You don’t need help in the traditional sense.

Your awareness of your inner screw-up wants to be set straight by you.

It was hidden for a long time, shown only by your extreme sensitivity and your hiding from lots of things. 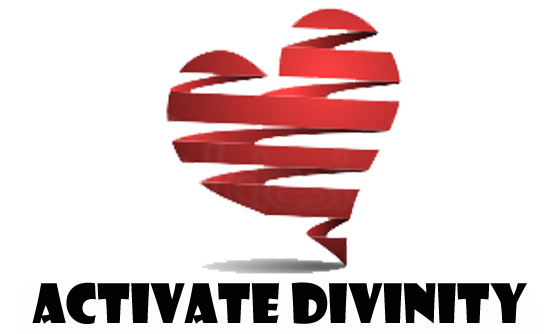 Your dual nature, your inner avoidance of duality is now revealed, and you have a window of opportunity to straighten yourself out, but even a huge window to go to the next level: being free from the anguish that plagues humanity.

I know it may sound self-serving, but I am just starting a class where you can first collect all the fragments you lost in all the traumatic experiences of your life, all the fragments that you denied, so you can be whole and complete.

my muscle testing says that this is the perfect thing for you, instead of trying to restore the misery you had before, restore the well-being you probably never experienced.