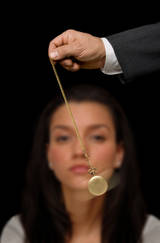 My first experience with anything working, anything successfully modifying my world was around 1977. I was 30 years old. I worked in a huge factory that manufactured steel products for construction.

I was an architect, but made a mistake, an error in judgment, and fell to the bottom of the professional pile, got terribly depressed, and had to start all over again.

The professional office occupied the whole sixth floor, no partitions, just a sea of drafting boards with lots and lots of drawings on them.

For an empath there is no worse environment. You lose touch with who you are, what you feel, and drawn in a sea of other people’s feelings, other people’s identities. I felt a descent to madness.

My “desk” was at the furthest corner of the big room, and I had to navigate my way passing twenty-thirty drafting boards to get to the door to go to the bathroom, to a meeting, to lunch. I started seeing things, doors to open, threatening shadows, it was hell.

One afternoon I decided to get help.

A big factory like this had a medical office, so I went down there, no appointment: emergency.

The doctor, an older rugged individual, took me to an empty examination room, told me to take the couch till he would come back.

I was sobbing uncontrollably. When he came back he prescribed something for me, shots, and told me to come back every day at 10.

I bought the shots, and did as he said.

The second morning I noticed that my insides were starting to perk up at 9:30.A few minutes before 10 I was in the parking lot to go over to the medical building. It was a sunny morning. What’s in this shot that makes my body perk up like that? I wondered, and stopped to read the tiny tiny print on the box. blah blah blah codeine… Whatever codeine is, I don’t want it! I said. Gently placed the box on the pavement, and jumped on it with both feet, crushing the small ampoules in it.

A week or so later I showed up in the medical office again. The doctor was free. He tried to find out what made me so depressed, but all I could say was “I can’t, I can’t…”

I know that line, I was an attractive woman… but no one had said to me “I can help you” before, so I said “Yes.”

He came. He ordered me to lie on the bed, wiggled a big pocket watch in front of me, and suggested that I was getting sleepy. I closed my eyes. It was easy and it was pleasant. The light in my bedroom was getting less: it was evening coming.

He sat by the bed and repeated in a flat voice on sentence: “You have all the knowledge you need to get your job done.”

He didn’t ask me what to say, this is what he decided to say. He didn’t vary it.

I knew it wasn’t working, I could smell his bad breath, I heard all his hesitations, I never drifted off.

It was evening when he said I can open my eyes.

He left. I don’t remember if I paid him or not. I remember being ashamed, I remember wanting to run faster than my shadow.

I took off to the streets and ran as fast as I could for hours it seemed. I felt ashamed and I felt sorry for him to waste so much time on something that can’t work. “I could not been hypnotized, I was aware of everything..” I thought and I ran even faster.

Next day I had a presentation coming up. As was my habit, I trained this girl what to say at the meeting: I knew I could not talk, I knew I was too afraid.

So, as usual, she started to do MY WORK, but something interesting happened. Without a thought in my mind, I found my hands on the table, and my body slowly rising until I was standing.

“I’ll take it from here, thank you” I heard my voice saying. And that was it. I never doubted myself again.

I have had several hypnosis sessions in America since then. None of them did anything.

Why? Because hypnosis has to be precise. The statement this doctor invented for me was actually true, on every level, even on the level of the subconscious. I designed buildings and I had the knowledge to present them.

His statement put the emphasis on the knowledge instead of the fear I gathered from the environment. That fear was never mine, that anguish, anxiety was never mine.

Often that’s all it takes to shift your being. But it takes an intuitive person like that doctor… thank God for that.

Our subconscious is a veritable mish-mash of contradicting, confused, angry thoughts and decisions. Most of them has nothing to do with what’s at hand. Not a thing…

A student of mine was an overweight youth. He was from the wrong side of the tracks, his father left while he was still in the womb.

He was looking at the popular boys and found only one thing in common: they all wore expensive Levi’s jeans.

His mother could not afford to buy those for him and his brother.

He took a summer job and from his earnings he bought himself a pair of those jeans. He wore them, come September, to school. The other boys took no notice of the new jeans. They ignored him, even teased him like before.

He decided that no matter what he does, it won’t matter… And that was that.

He is almost 70 now, but his attitude with any change, any betterment of his circumstances triggers the same feeling: “No matter what I do, it won’t matter…”

It doesn’t matter what he wants. Money, fame, success, love… they are all doomed to fail even before he starts, because it all got bundled together with the jeans and the failed attempt at becoming an “in guy” at age 10.

Unless he embraces that little kid with his broken dreams, based on misunderstanding life, he will never become whole and complete again… no matter how many hypnosis sessions, quantum thought shifting sessions, activators, he goes through.

And he has… I know him from Pam Ragland’s course where we both paid $5,500 for something that didn’t work.

In my $97 course, in just one session, he stands to get more that he got in that long and expensive course.

With my new-found capacity (I’ll share in the next post!) I’ll double the price come Christmas. So if you want it at the current price, you better hurry… And come January 29, I’ll double it again. And even then it will be worth much much more.

6 thoughts on “Will Hypnosis work to change your mind so you can be happy, successful, thin, and pretty? My story…”