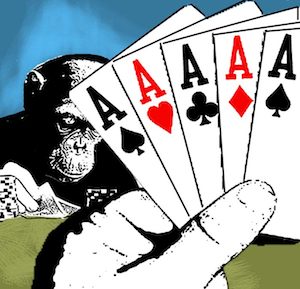 OK, let’s start at the beginning. What is an ess… right? lol. Evolutionary Stable Strategy… ess.

Unless you are my student, or you’ve read about the selfish gene, you don’t know what I am talking about.

It’s about evolution. It’s about the genes that use life-forms as vehicles for their own purposes.

With the new phenomenon: consciousness, humans are at odds with their own genes… the “vehicle” is revolting against the drivers, the genes’ hegemony.

But let us define ess, Evolutionary Stable Strategy, not scientifically, but practically. Not socially, but individually… in the “ecosystem” that you are, that your family is.

When the vehicle and the genes are in harmony, and the vehicle is humming along with minimal or no internal conflicts, we can call that state ess… it’s working.

ESS doesn’t mean the vehicle is happy. It means that the genes are happy.

ESS with humans almost never means happy, because the nature of humans is to want to grow, be attracted by the unknown, the mysterious, the uncharted territories, with adventure.

All that is against the ess… and a tension between the vehicle and the genes.

You are stuck in all areas of your life in an ess… or you wouldn’t be here.

I am stuck in all areas of my life in an ess… or I would not be here either. I would be out there exploring, or dead.

As I said: ess for a human goes through phases: happy, comfortable, unhappy… longing for adventure, for a meaning, for a purpose.

Because ess is like a prison cell: coming in from the storm into the safety of a prison cell is like food for the starving. Then it stops being such a big deal, but it’s comfortable, you get fed three times a day, the toilet is right there, you sleep when you want… but it’s boring. Too predictable… so you long for adventure.

You long for something more, better, different… But none of it is possible inside the ess…

So, what are you supposed to do?

So, to summarize: in order to grow, in any area of life, you need to be willing to rock the boat, so you can negotiate for a new ess.

You need to know that humanity has not evolved for at least ten thousand years, because people are NOT willing to rock the boat, or not willing to negotiate.

Negotiation is not words… it is a give and take… a mutual respect with the genes, with society, with the people you live with.

Unless you are certain you are going in the right direction, experimentation will tell you… don’t run experiments longer than it takes to get the results. 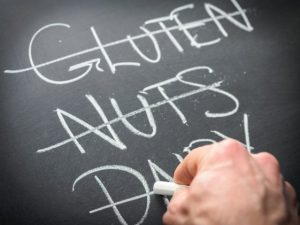 Most vegans, vegetarians, fruitarians, paleo, etc. people are running an experiment for too long… and now they have a new ess that is harmful for their mental, intellectual, emotional, or physical well-being…

Don’t forget… experiment, pay attention. The new ess you are intending may be worse for you than the one you are abandoning…

PS: The Diet Cults is an enjoyable book, even though its truth value is only 8%…

Where it’s off is that people can start eating as if nothing had destroyed them… just eat healthy… Hogwash.

In my health consultations I have yet to meet someone whose system is not already made intolerant, allergic, or sensitive to most staple foods…

Where he is right is this: if you can find the 15 or so ingredients that allow you to thrive… and you stick with them, you’ll have developed a new ess that helps make you bright, energetic, and changeable… which is the number one requirement for thriving.

2 thoughts on “Stuck in an ess? Not a good place? how to create a new ess that is more conducive to health, wealth, and fulfillment?”