Some truth that is not that known, not that accepted, and yet it muscle test as truth and it explains some of what has happened to humanity, the life span, the water, and other thus far unexplained phenomena

According to Dr. Reams, originator of the Reams Biological Theory of Ionization, RBTI as the followers lovingly call it, the Earth has changed its polarity. Or maybe with the polarity shift the planet also changed in what direction it’s spinning..

Now, whether it’s true or not, I don’t know… because, the way I imagine, changing your spin involves having no spin for at least a second… but muscle test says that it is true.

According to a video I watched today, the Earth changes, or should change its polarity every 200-800 thousand years, and the next shift is due any time, maybe even in your lifetime… I am old, so I don’t think it will happen in my lifetime. 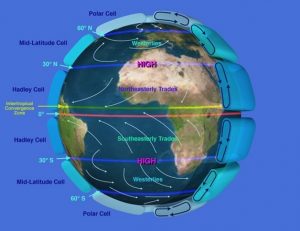 But the spin direction shift, the much bigger deal happened since humans were around… and it altered the whole climate of the planet: instead of vapors staying close to the surface, and causing life to evolve in a moist environment, it suddenly changed to a planet where the sun can burn the surface at will.

The other thing probably changed is water.

Before the change, the water and the earth were in harmony… and the water was coherent.

After the change, the water is in disharmony with the earth’s spin… and with Life… it looks the same, life-giving, but it isn’t.

How come humanity could evolve without water that can effectively hydrate the cells?

Cultures, many cultures, were consuming most of their water through high water content foods, vegetables and animal foods… and those are coherent.

Today, and the past thousand years or so, cultivation selected low water content plants for cultivation, because those can be stored for a long time… grains are a good example. 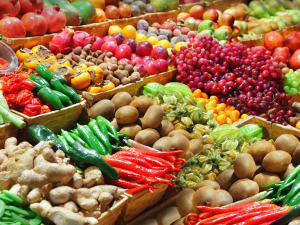 One of the reason Fit for Life was so effective, because it limited people’s intake to high water content foods… so people had energy and their cells were regularly hydrated.

If and when you look at your diet, your diet probably doesn’t contain a lot of high water content foods… and most of the people I talk to don’t know more than one way to made vegetables edible… and most want to eat them raw…

But when I look at raw diets, I don’t see people eating a lot of those vegetables, instead they eat dried out, more concentrated food sources… so they are dried out too.

I love eating now. And apart from occasional attacks on my health, I am really well… for the first time in my life.

I have no food cravings, I am hungry three times a day… at meal times, and if I didn’t suffer from nightly mite attacks… I would be even sleeping well…

And occasional false step in my diet can make the mites love me… I mean love like food… and until I get rid of the vestiges of the bad stuff, in my case sugar, I can’t sleep.

Once I am back on my normal sugar free grain free diet, the mites don’t even want to look at me…

But it takes a few weeks, maybe even a month for them to leave my body.

By the way, the Kabbalah doesn’t seem to say anything about the spin change… even though the Big Flood seems to be consistent with that theory…

Some life surviving it having a tale to tell.

The Energizer® energy restores the coherence of the water at 653 vibrational level… suddenly.

Unless you fully energize the water, and it takes time, you are still drinking incoherent water. 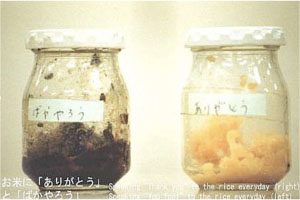 Ever since I have started to play the Energizer audio in the refrigerator, on one of those high quality speakers, 24/7, I have found that food I put in the refrigerator does not wilt and does not rot. The speaker and the charge cord cost about 15 dollars… and I promise, I save more money a month than that, because I don’t have to throw away rotted or rotting food.

The experiments Dr. Masaru Emoto documented, are a testament to the harmonizing, and coherence creating effect of words, and emotions… It is all about coherence.

Honestly, you can’t even connect to those emotions, or to Source, unless you are fully coherent.

The reason he put the word “love” on a container, instead of asking someone to just project “love” to the water, because love is unavailable on the level of incoherence nearly all humans exist at.

The dividing line, my muscle test shows, is at 300 vibration at the time of connection or prayer.

We are talking about less than 400 people out of seven billion living on the planet.

And even those don’t “live” there, but can generate it, through intense meditation, changing, or prayer.

Before the spin-change, if that actually happened, all humans had a higher consciousness than the highest consciousness of nearly anyone… and according to Kabbalah, they lived to nearly a thousand years… except maybe a few, like Cain.

There is nothing you can do about the future, but you can cause a one-person inner coherence by energizing your water fully with the Energizer Audio&reg.

It is not as complicated as some people make it out to be.