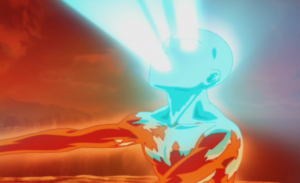 What is an Avatar?

There is a huge confusion about avatars on the Internet. The recent blockbuster is partially to blame, Avatar.

I watched the movie. I enjoyed it. A certain point I had to go and do something for like 20 minutes: the conflict in the movie was impossible for me to bear.

In that movie, an avatar is an artificially grown body that is animated, remotely, by a human being. The purpose of that avatar is to infiltrate a different culture for the purpose of exploitation.

Another common use of the word, Avatar, is a symbol, picture, that represents you. It is your public representation, but you, the human, animates it, and it has no choice of its own.

According to Hinduism, an Avatar is the physical manifestation of a Deity… like Vishnu, etc. I don’t know much about Hinduism: I don’t believe in Deities, in my world view all deities are 4th Plane creations: the creations of human imagination.

I do have quite a clear picture of my own, but let us see, if we can get to it through the cultural mambo jumbo, religious, science fiction stuff, and computer animation.

Let’s first examine what is the purpose of having an Avatar in the first place?

What is the job of the Avatar? 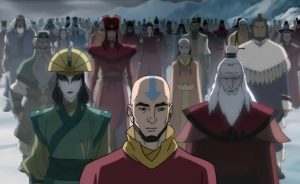 According to the TV series (or comic book) “Avatar, The Last Airbender” you are born to be an Avatar. You are a member (a reincarnation, connected to not through blood line but soul line) of a long line of Avatars, and you have certain tools to get your job, as an Avatar done:

1. You can be taught to work with energy (Energy Bending or bending another’s energy, en masse)
2. You have access to the wisdom and the experience of the previous Avatars, when you are in the Avatar-state, a direct connection to the Beyond, a two-way connection.

How do you recognize the Avatar?

The simple answer is that you don’t. If you know how to measure vibration, you may get closer to finding out… but then how many people have high enough vibration to measure another’s vibration… lol.

The Avatar has entirely super-human abilities, but they are all inside, they are all invisible, and only on rare occasions manifest as a physical change or something to see. The Avatar retains some wordly desires and some ego states; without those the Avatar cannot live in the human form.

Most Avatars that are known to mankind engaged in teaching, creating religion, bringing down rules of engagement, connection devices, and such.

How many Avatars can live on the Planet at any one time?

In spite of what Hinduism says, I believe that there is only one Avatar. Avatars can fail in performing the job that is in front of them, and, in my humble opinion, that is the history of humankind: a string of failures of Avatars.

In order to circumvent this weakness, the Avatar of our age needs to connect to All-of-It frequently to receive answers to the questions that arise… and not make decisions from ego.

The Avatar’s job is to cause, energetically, a transformation of human nature: the elimination of competition, comparing, and desire to receive for the self alone.

The Avatar’s job is thankless. It is much like the following poem:

Go to the people
Learn from them
Love them
Start with what they know
Build on what they have
But of the best leaders
When their task is accomplished
Their work is done
The people will remark:
“We have done it ourselves.”
– 2000 Year Old Chinese Poem