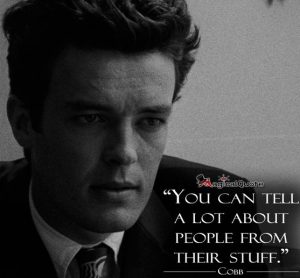 Life, and desiring is a lot like walking the tight rope. You lean either way too much and you fall off.

I have had a lot of experience falling off, both sides. So I know.

The secret of walking without falling is

It’s an art. And although I practiced it for many years, it was hard work, and it was way too easy to err on one side or the other.

After a thorough cleansing of my attic, aka my belief system, through doing the 67 steps, it feels effortless now.

I got the hang of the beingness. 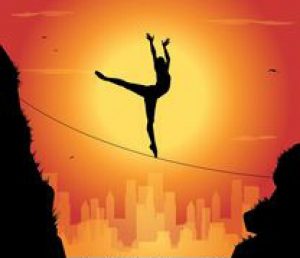 Many many people, the majority of the people who come to the site want to receive more of something or other.

They have an attic full of beliefs and rules that would make them not get what they want, even if they had

Because our rules we learned and gleaned from things that happen are rules that are counter-productive: they repel the light, or they make you a black hole… you disappear the light without any benefit to you.

All those rules… all the rules you live by.

We love puzzles because they have one clear, clean, and simple solution. We fashion our tests after them… multiple choice questionnaires… but people who were educated to do well on multiple choice tests are the same people who never learned to  and are not able to use their cognitive faculties, the doctors, the naturopaths, the nutritionists, and most scientists, the teachers.

Given that only a certain percentage of reality is even knowable, given that at best you can only know a small percentage of that… without using your cognitive and spiritual faculties to penetrate the mystery, to stay engaged with that sliver of reality, you are the victim of your rules, or other people’s rules.

Obviously, for example, Monsanto’s scientists work by some rules, that are simple, and totally wrong.

The man who appreciates mystery, who is willing to engage and stay engaged, the man who is going to walk the tightrope successfully will abandon all rules, and will choose being present, being aware, being conscious, and keep the eyes at a wide angle to do it.

When you can google an answer and get an answer, or two million, you don’t think you have to test any of it, or you have to think, puzzle, and look behind that answer… or to even examine your own question.

There is this rule proliferated on the internet that you attract what you are, vibrationally.

So people flock to my site to find out their vibration.

But they think it is a simple, straightforward issue… what you attract.

For example, my vibration is above 900… Let’s say I am attracting something that I am not prepared for, I am not even able to perceive… 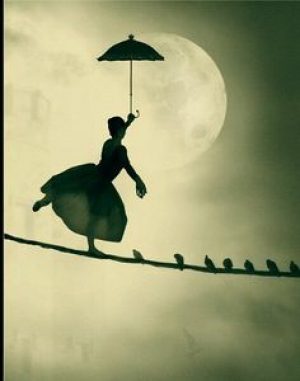 But then again: if you make a rule of it, it will be wrong.

The only way to benefit from his story if you keep it a mystery.

My story is a lot like his. I have revealed knowledge, because that is what I was after, but eventually a little money appeared, just enough to allow me to do the work, and not need to have a job to make a living.

Tightrope dance… unpredictable, and yet, for some people graceful, exhilarating, and beautiful.

I am enjoying it.

OK, here is the video. Let me hear what is your takeaway.

PS: In a way I am lucky. I have only known two energy people before, both were frauds, both did it mainly for the money, so I have learned no rules.

Even what I have done before that worked isn’t able to give me a rule, to download the immense power of the Days of Power… especially the part where I make it available to the people on the call…

I feel where the energy comes in, I feel it burning me hollow, and I am feeling it heating everything up like I am a star, a sun of some sort.

But will it reach the people on the call?

I can’t wait to test it.