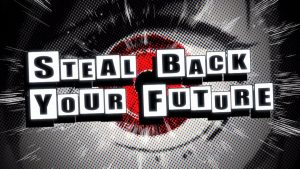 What do you carry that weighs you down so much that that you can never ascend?

Or what weight you carry so that you can’t climb the Tree of Life, until you put it down?

Have you noticed that making permanent changes, doing new things, doing things in a new way, going to places unfamiliar is difficult for you, near impossible?

Consider that you are dragging a persona with you. That persona is what makes the going so difficult, so encumbered…

A coaching client of mine began to build her persona in an incident that happened when she was four years old. There was an escaped serial killer on the loose in her neck of the woods, the radio said so. Her mother had left her in charge of her little sister who was in a cast.

There was a knock on the front door. She tried to drag the cast (heavy) down the steps into the basement, while holding a kitchen knife to protect her little sister…

Can you see the persona she built? “I am supposed to do the impossible.” 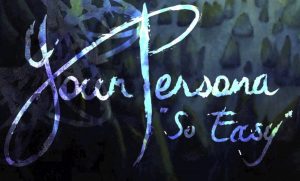 This is the persona she is dragging into everything, and her hands are full with it.

We, you, me, all built a persona, and it is in our way. It is weighing us down. It is whispering in our ears.

These are just a small sampling of the expressions of a persona… It’s not the same as self-image, by the way. No persona is good for you, because persona is rigid… much like a body-part in the next story

When I lived in Israel I knew an old American man who wanted to have and sustain an erection. He was 72 years old. He had a surgery, and he got his wish… and more. A permanent erection. Every time he went to the bathroom he saw that he needed to find a place to put it… And that started to run his life… Your persona runs your life much like that. 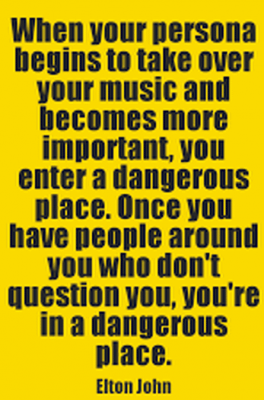 A persona is very limiting, very heavy. On one hand you survive, on the other: you can never fly.

And although flying, becoming a butterfly is not mandatory for a good life, becoming light and unencumbered feels almost like flying. You can do what you want to do when you decide to do it… Climb the tree of life, make changes, grow… do what makes you happy, without making it hard for yourself.

On the 50 years anniversary of our high school graduation I submitted my 500-word report on my last 50 years with everyone else surviving in my high school class… I wrote it in Hungarian. When I re-read it I saw that I emphasized the persona I have been dragging with me through countries, trying to get a better life: ‘I am different.’

You see, being different is not quite a persona yet. Having to be different… giving myself no option to just blend in, to just be IS the persona. The straitjacket..

You see, you cannot just drop your persona… First you have to identify it accurately, get conscious of it when it’s running the show, get mindful of it, and stop carrying it. But how, you ask… I’ll tell you in a minute…

I’ll test this out on Tuesday, at my exercise class… I am really curious if I can just be there, without a concern to be different, having to to stand out, having to be the odd man in the group. Now that I am conscious of what is the pebble in my shoes… what is the chink in my armor, let me see if knowing it is enough or not.

The persona: You express it, by the way, in every communication, in everything you do. Everything. 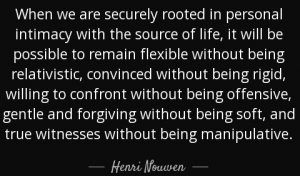 The persona gives the script of your life, a life you don’t love, because it belongs to the persona, not to you.

Do some reflection. What is your persona?

I have a woman friend who is disagreeable… as a persona. The real her is loving, caring, and not disagreeable at all.

Don’t jump into the first idea you have. There are clues… your password is often a clue. Your email handle is often a clue. And you can ask other people… they may see you better than you see yourself. Your favorite fairy tale is also a good clue…

I first saw mine today… and I have been looking at this for 30 years… it is not obvious to you.

The value is in the looking, not in the answer.

Let me know your feelings, your hunches, what you saw. It serves you to write it down. I promise. Make it public. Call yourself anonymous if you want. Only I’ll know who you are from your hidden email.

I’ll muscle test for you if you are accurate…

And today is the last day where you can buy and work with the videos of the 2014 Playground, where, of course, we work with the persona…

Go to step 2
If you buy it before today and midnight EST, you can get a 20% off by applying the coupon code PERSONA

4 thoughts on “Steal back your future”