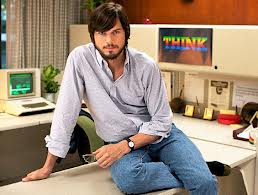 If you’ve been following my vibrational reviews, you’ve probably experienced confusion, fear, anguish seeing that most gurus, most people, in fact, have a low vibration.

Vibration is not your energy, or not really. Vibration is a number that shows to what degree you are in truth.

What is truth? Truth is Existence. Truth is how it is. That A is A… no contradiction, not a good idea, not because someone said so, but because it is. Always.

The higher your vibration, the more you are in harmony with life, your thinking, your emotions, your reactions, your reality is in sync with how it is, really.

When your vibration is low, you are seeing only a small fragment of the truth, therefore you are powerless with reality. No matter what you do in unreality, it will never make a difference in reality.

Unreality is where The Man of La Mancha lived: he fought windmills, thinking they were giants. He rescued a princess who was not a princess at all and didn’t need rescuing.

It can be funny, and it can be tragic, when you are living in unreality. Funny for others, tragic for you.

How the heck did you end up spending your precious life dealing with unreality, you ask?

When did it begin? I think it began at the beginning of time.

But the significant damage started to be engineered by the people of religion.

Even before religion, human beings wanted to make sense of what was going on: the facts of life that was hard to see from the limited and time-bound perspective of the human mind. 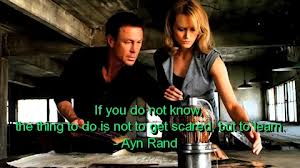 Understanding and controlling your life is the most seductive thing to do: it buys you an illusion that you are in control.

When every single person wants control, a sense of safety, certainty, security, the next logical step is the rise the people who see an opportunity of controlling you… by force or by ideology, by false morality.

The feudal lords, the governments, the tax people, the religion people that give you your moral code, commandments, rules and regulations; the legal establishment, the so-called healers or doctors… It is all from and in order so you stop thinking, so you stop being intelligent and be responsible for your actions, your results, your life, your existence.

Thinking was replaced by remembering and memorizing: your faculties of thinking were never fully developed, regardless of your profession, regardless of your intellectual potential. Your faculty (your brain) may have learned one type of thinking, but not the other. When you hear something new, you have no ability to think it through, you only have the ability to compare it with something else, to look who is saying it, but you are too gullible, you have no tools to know, you leave it to others to know… but the something else you compare it: was it true? You don’t know.

One aspect of the issue is mechanical, and is resting with you. You have given over your power to people to tell you what is right and what is wrong, to give you a moral code in which you are a sacrificial animal with no rights. You have given your power over to “experts” that explain the truth to you in language you can understand. ‘It makes sense,’ you say, but no critical faculties of your got activated before you said that, only the comparison with other things that you don’t know first hand but learned from others who didn’t know.

You are as stupid as a computer: you can’t think outside of the programs you were given, and those programs don’t cover all-of-it, not even as a tapestry where you could connect the dots. Any Joe Shmo can upload stuff into your computer if they have enough Facebook followers, or wrote a book, or were speaking on television…

You’ve probably heard of the five blind men that wanted to learn what the elephant was. They were allowed to go in with the elephant and touch it. An elephant is too big for the limited perspective of the touch-based perception of a blind man, so they decided that they would each touch a different part and then they would create an organic whole from their individual experiences.

The scientists, the doctors, the healers, the mystics, the religions are all like a blind man: treating reality as if it were the whole of reality, not just a (maybe) knowable part of it.

My vibration is 993 right now. On a logarithmic scale that means I am interacting with truth, conscious of it, in harmony with it, and got it correctly about 50%. This means that what I say, teach, do, practice is 50% accurate.

Compare that with the people who have 200-300-400-500-600 vibration (600 vibration is equivalent with about 20% accuracy only!): they are the blind men… teaching, practicing life, treating you as if reality were a rope, a water spout, a pillar… etc… Do you get this? And these are the people whose teaching you accept without thinking, out of habit, out of not knowing how to think.

I got lucky because at age three and a half I made a decision from an insufficient amount of data, and I got hurt, badly.

I got lucky because at age 9 I took a math book to vacation without the solution booklet: so I had to do the thinking instead of learning what men before me had discovered.

I got lucky because I am dyslexic and can’t read well, so I had to figure a lot of things out myself.

I got lucky because I got massive brain damage in 1998 and in the 10 years after that I had to learn, from the inside out, how the brain works, and what it is that I can do about it.

I got lucky because English is my second language and I could treat all that I needed to figure out like a learning of a language. I went deep…

I got lucky because I discovered early that I had a tendency to pretend that I know the answer, when I knew only one answer, a partial answer, or not the answer at all… that is my Soul Correction… the same as Moses’ who was arrogant enough to put his own beliefs on the top of the message from the Universe. Commandments are a human invention designed to control.

Moses was also projecting his own human characteristics of anger, jealousy, and other petty human ego stuff on “all-of-it.”

Life, intelligence, got arrested in that arrogant act… and I wasn’t going to be like that! No, not me, not ever!

Now, what should you do, now that you have this information but probably no critical faculty to decide if it is true or not?

Schools are not in the business of teaching you to think! How and where are you going to learn to use your brain for thinking instead of having thoughts?

Good question. I don’t have an answer. I have been wrecking MY brain, no answer yet.

But just knowing that you need it may change your life for the better.

Now, seriously, what can you do to be more aligned with truth? What can you do to take the time to actually think things through, so you know what is true and what is not, and you don’t have to be at the mercy of “thought leaders” who do just that: lead your thought!

Remember Steve Jobs, who was a great ceo but a lousy overall thinker: his diet, he was so proud of, killed him. Just read my articles about fructose intolerance: he lived on a an all-fruit diet unsuited for a human being! Monkies, maybe, but not humans. In my opinion, even monkies would run into problems if they had to live on human grown fruit because of the fertilization which doesn’t provide trace minerals, trace minerals like copper, that are needed in higher quantities when you load up on sweet stuff, regardless of its source.

One of the things you can do is use the Harmonize audio… It puts you in the path of a huge beam of energy, connecting to all of it, Existence. It is impossible to avoid having your molecules and your coherence re-arranged to more harmonious… favoring sound thinking, favoring peace of mind, seeing the big picture, creating order from chaos.

A good second step would be to do the Self-Healing Course: after all you can’t be smart if you are not well. If you are not well, you are dull, tired, reactive, surviving, opinionated, and impatient.