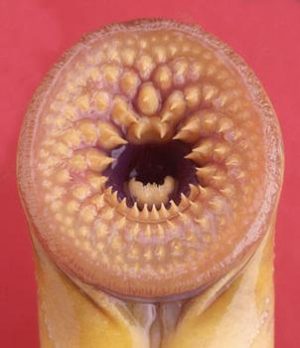 Each of these is a distinction, moocher, looter, producer. Your belonging to one of these categories can be considered a sliding scale or a pregnant/not pregnant absolute, depending on your capacity to look at existence and not feel compelled to lie.

Mooching and looting is being on the side of Death. But let us not jump ahead.

How do you find out if you are a moocher or a looter?

If you are a moocher then your vocabulary, inner or outer, will give you away.

Moochers have no self-esteem. They have no confidence.

They use ‘deserve,’ ‘wish,’ ‘hope,’ ‘need,’ ‘give,’ ‘get’ often. They need to be loved, appreciated, listened to, paid attention to. They consider it their right. They are entitled…

They value nothing. They don’t value what they got from you: ‘value is for traders’, they say, and they shudder at the thought of trading: they have nothing to offer except their neediness and helplessness.

They feel like victims, and they are looking for handouts.

If you don’t give it to them, they complain. They will say that you are selfish. They can’t stand on their own, they are weak and they show you their need, their pain, their wounds, their misfortune as badges of honor that earned them handouts, handout of love, attention, or anything that matches their need.

They hope that somehow, someone, something, will fill the hole in their being. They are the ones that hope that some investment will pay off, that someone will make them money, somehow.

They are unable or unwilling to take responsibility of their power to provide for themselves, they completely give it all up.

Their knowledge is second-hand, they either can’t think, or they won’t think.

Their whole world is mystical: no cause and effect, no reason is operational in their world. Most religious people live in wish, in hope, with their hands out.

The Law of Attraction believers are moochers.

The teachers of all these hope-stuff are, on the other hand, looters. All of them.

Looters are the powerless little pranks, that will take it by force. Their tools are blackmail, authority, position, orders, guns, muscle-strength, gangs, politics, regulations, and such.

Their vocabulary is, although not always outwardly, has the word: ‘I want,’ ‘I won’t allow it,’ ‘I won’t permit it,’ ‘you will,’ ‘you should…’ etc. They know they are not entitled, they know that they are taking by force. Taxes are a version of looting.

Their knowledge is second-hand as well.

Both the moocher and the looter depend on the producer.

The producer knows what he loves, that he is willing to spend his whole life producing. They love the doing and they love the results their doing produces.

The entire wealth of the planet depends on the producers.

They are the motor of the world. They get no respect, they get no notoriety: if they did, then the moochers and the looters would not have anyone to mooch or loot from, they would have to earn their keep, provide value for value.

They love what they do so much that they, unless they are highly conscious, will allow others to mooch and loot their fortunes, so they can be allowed to do what they do.

Producers are rarely satisfied with being an employee, though they may start out as such. They value independence, they enjoy creating the whole world inside which they produce, instead of a framework fraught with limitations given by another.

Producers love their life. Exactly the way it is, and exactly the way it isn’t. They love life for its own sake. They rejoice in being, even when the circumstances are harsh. They are continually expanding: if they begin to shrink, they can become moochers or looters as a result.

When I look at myself, I have been hovering between moocher and producer all my life.

People hated me for my virtues, and I shrunk to accommodate them and to escape being hated.

It takes a lot of courage to be a producer, apologizing for nothing, owing nothing to anyone, to be the pride of Existence, the highest achievement of Life.

I have my moments, but I am not quite there.

Less than 1% of humanity are producers, about one half percent of Americans. Living in a welfare state corrupts the would-be producers.

Moochers and looters turn values into crap, natural progression and the wealth of the world is halted by them. They live for today, even if they give you lip-service to prove how high-minded they are… they are lying.

Is there any way we could take the Earth back, people who produce?

At this point humanity is digging its own grave, and Existence has had enough of it.

We are either facing extinction or the ‘Thousand Years of Peace’, and the problem of moochers and looters cannot be solved on the level of consciousness that created the phenomenon.

Moses wandered in the wilderness for forty years, so the generation of slaves dies off: they weren’t allowed to enter the Promised Land with the values of a slave, the values of a moocher.

But because nothing else happened in those forty years, the Promised Land didn’t become the Age of Prosperity: it became the age of Looters and Moochers.

The energy transmissions I distribute as audios are designed to tear up your moral depravity so you can, maybe, find the human, the producer, the self-esteem, the pride underneath it.

Will it succeed? It is not up to me any more. It is up to you.

Let’s make the energies work with us and for us.

It takes the choice, it takes the volition of the listener to make it work. Free will is still the ultimate law. Only looters violate that.

My Any of my avatar state audios is a good place to start: They address the hopelessness, the lack of self-esteem, the depression, the confusion, the lack of clarity, the death-wish, effectively.

3 thoughts on “Are you a moocher, a looter, or a producer?”