Everyone is looking for the lost key under the lamppost…

The current state of humanity is: no one is looking…

Instead, if they do anything, they try to think it out.

It is like trying to think out soup… no ingredients, none.

The only way to be effective in life is through looking IN REALITY, where the ingredients are… and not just for soup, but for everything.

The streetlight effect is a type of observational bias where people only look for whatever they are searching by looking where it is easiest. The search itself may be referred to as a drunkard’s search.

Taken from an old joke about a drunkard who is searching for something he has lost, the parable is told several ways but typically includes the following details: 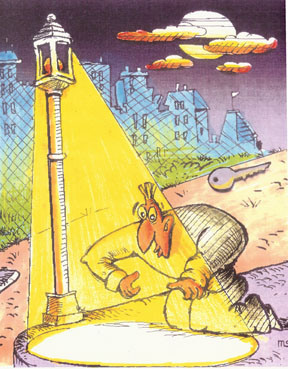 A policeman sees a drunk man…

David H. Freedman apparently coined the phrase ‘streetlight effect,’ but the story and concept were used in the social sciences since at least 1964, by Abraham Kaplan, where he refers to this as ‘the principle of the drunkard’s search’

Science is divided. There are the Creationists who say that god created the universe, designed everything and all we can do is go with it.

And then there are the scientists who say: man is a machine, life is an accident, and their inquiry and methods are consistent with this context.

As you may notice, I am not going to support or argue with either of them: both of them are theories from the limited perspective of the human mind. They all look under the streetlight.

What I am intending to talk about is what both miss.

Although in my coaching practice I see it clearly that NO ONE IS LOOKING… even when all the pieces they should look for are on the board… they look inside, in their minds… supposing that the answer to any question is there… ugh… talk about ineffectiveness…

But the difference between the two camps is most visible, when they talk about intrinsic motivation.

Call it the spirit, the spark, the divine part of a human. It shines through the eyes of a child, and then slowly dims in most people…

That part that knows that you are imbued with something that doesn’t come from the survival game of the genes, from the horizontal plane of dog eat dog world.

That you are in the world but not of the world

But it is also not part of the ‘positive thinking’, pious, all mind stuff. It is NOT mind. It is not even brain. Not thinking. It is what can be called Consciousness.

It is what can be called Self.

Timeless, and it is non-physical.

You can’t observe it in others… or if you can, it makes no sense to you. It is outside of what the mind can perceive: What sense is (when you say ‘it makes sense‘) is all the stuff the mind has stored and integrated into its knowledge base. The mind’s picture of reality. Shadows. But…

From your point of view there is, and that is going to be important, because unless it is personal, unless it feels personal, you won’t interact with it properly and personally.

So, for the sake of your functioning as a whole person, an Expanding Human Being, we are going to view you as someone who has two selves, the worldly self… and the divine Self, or intrinsic Self.

And the job is to start creating a coherent whole… instead of them remaining separate. At this stage you pray to the divine Self… as if it were some benevolent stranger, like a god.

I am not a philosopher… I am an empath.

One of my jobs as an empath is to create a bridge between observation, feeling and words… so you can start paying attention, so you can start looking for what you are seeking where it is, instead of out there, or out here.

The Spirit, the Intrinsic Self is like anything alive. When it is cut from its source, it starts wilting. Immediately.

The intrinsic Self is part of the Beyond (Beyond what the mind can conceive and see, beyond the five senses world, beyond the horizontal plane). So when I put it into words, it is still alive, but when your mind gets the words, it is wilting, or dead on arrival…

So whatever you are getting is like the cut flowers in a bouquet… they have no shelf life… and they look good, but it’s an illusion. They are already dead.

As a teenager I was always in love with some illusion, some idea of a man… But didn’t know what to do with flesh and blood boys. I watch people pray to sculptures or paintings… it is the same. Idle worshiping.

I guess that is the idea behind Judaism’s prohibition to worship idols… you need to deal with the real thing… But to deal with it, you have to find it.

But the mind is not capable. The mind is a wholly horizontal plane phenomenon, while the Beyond, the divine part of you is in the vertical… it has no access from the horizontal. 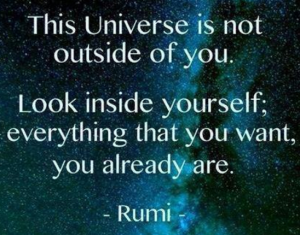 The Indians started out right: you need to go within.

But show me an Indian, or anyone who actually does. They don’t…

Why? Because within is terrifying. There is nothing there… literally no thing. It’s empty.

So people, pretending to meditate, escape into daydreaming, sleep, thought, or feeling, or itching, or fidgeting, or unconsciousness… as I have observed some students that meditated with me.

What can go beyond that abyss… beyond that emptiness, beyond that nothingness, is an aspect of you that is not connected to the horizontal, and yet it’s real. It is what I call attention/awareness. Attention, awareness is energy you have can learn to direct, to ramp up, to withdraw.

It is yours to operate. Yours. Your name is on the title. It’s like a new car parked in front of your house. You have the key in your pocket… But you don’t know the car is yours.

And unless you know and behave accordingly, unless you start driving it, the car will rust… unused.

I have asked Source if I could give you an activator to activate your awareness and your knowing of your tool: your awareness/attention.

The answer is NO. You have to find it…

That is the first step, and also the crucial step of connecting to the inner divine you, the vertical plane. Looking and finding. 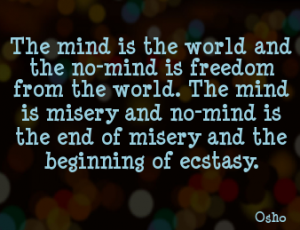 It’s not an accident that everyone teaches that it is the mind that is doing it.

If you knew that you have attention, that tool, that can connect you to the divine, and then actually connect would render you not controllable, not sheep.

And the world prefers you to be sheep. 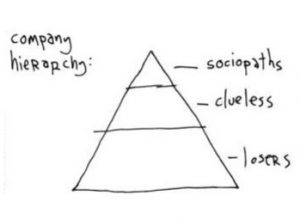 Sheep controlled and suppressed by other sheep.

Yes, the sheep that controls you is also sheep.

They would stop being sheep if they found the key… within. But they are terrified just like you are terrified.

My hunch is, it is hard work to remove all the crust, and the b.s. the world has placed upon you. The crap you placed upon yourself, trying to survive in a world that isn’t friendly to you.

Your first step to leave sheepdom…

Don’t discount it: it is difficult. You’ve never done it… and everything is difficult in the very beginning.

You need to start small… It is detectable, sense-able when you redirect your mind-focused attention.

Your attention, at the present moment, is permanently looking at the mind.

You need to move it outwards…

Remember, you cannot start with the PhD level, you need to learn the moves of kindergarten level… move the attention outward.

And look. See. It is OK to label it… eventually. But beware: labeling too  soon can take your attention back to the mind.

I used to have attention calisthenics in the olden days. And maybe I’ll start doing them again, but only for people who have the causing gene on this time around.

It will need a lot of practice… Because the ‘muscle’ that directs the attention has atrophied.

I am offering the DNA adjustment for a few days… the most important element of the adjustment is the causing gene… unless it’s on, you cannot, literally cannot direct your attention; instead your attention directs you…

Like a dog that is wagged by the tail. And you’ll go where attention takes you, even if it is deadly, even if the cost is tremendous… because you don’t have a choice.

When the causing gene is on you have power to steer your vehicle, you are not just a passenger in it.

Get your DNA adjusted
The link is taken offline on Tuesday, January 2 midnight.

If you opt to get the adjustment, pay attention, close attention to what happens… if you don’t, it will pass and leave not even a residue… like a fart in a study hall… d.o.d.

1 thought on “Look for it where it is, not where the light is on”