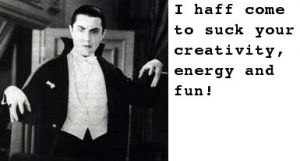 Some people thrive on your energy. If you have no tools to measure, you don’t even know.

The people that attach themselves to you to drain your energy into themselves are normally your family or close friends.

I had a client whose father was draining her life force for years when I first checked her. She was in worse shape than the father. Although I removed the attachment every time we spoke, she stayed living with her parents. She got sicker and weaker by the day, she was sacrificing her life for her 80 year old dad’s. I refused to cooperate.

Another client came to me with an attachment that had been there for years. He went shrinking, complaining of ringing ears… I removed the attachment, but he went out and looked for other women to attach themselves to him. He had no courage to live his live as a fully responsible adult. This way he had an excuse.

My downstairs neighbor, a male, was using his girl friend’s energy. I watched the girl wither. I sent her energy without her knowing it, and finally she moved out and away to have her own life and keep her own energy. The guy promptly went out to look for another victim. 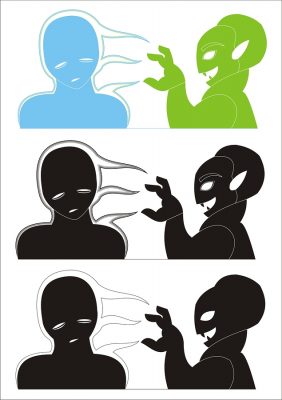 >For the past week I have been feeling off. My balance has been off, my energy has been off. I didn’t think of measuring my vibration, but a “student” tested his muscle-testing prowess on me, and it turned out that my vibration dropped 33 points: huge. I was mortified, really I still am.

As you know, muscle-testing is tricky: you can’t just ask any question, the question needs to be clear and have a yes/no answer. So you are left to your imagination and intuition: the better questions you ask the surer that you’ll get an answer.

So I could not ask who, or when… So I used a method called successive approximation I learned in mathematics. Took me quite a while, but I narrowed it down to: the person doesn’t know me, it’s a woman, lives in California, and the attachment happened a week ago.

I looked at my calendar and found that I exposed myself, unwittingly, to Christie Marie Sheldon, by going to her recorded webinar promoting her Abundance course.

I find this the weirdest thing. The call wasn’t live. She wasn’t personally there, and yet she harnessed my energy and started to use it as her own. And I started to wither.

I removed the attachment. It didn’t go deep. It wasn’t painful. But I guarantee I won’t check out anything by Christie Marie Sheldon again.

She even says on her call that she manipulates the energy of the people on her call, and I could feel it. She is like a sorcerer, with no energy of her own. 2

If you have a suspicion that you may have an attachment, you can Energy Healing Call, ask me to check you.

Now, for completeness’ sake, there are energy vampires that are not people, they are emotions or even reality that you resist. I had a call with one of my students yesterday. She was sick. She was resisting being sick. This is how you stay sick for a long time: your energy is tied up in the resistance instead of fighting the good fight against invaders.

Another student of mine completely exhausted himself fighting a sentence in one of my articles that offended his sensibilities. He could not just say “F… it” and move on.

And this type of energy vampire is the hardest to remove. Why? Because I cannot do it for you, you have to do it for yourself.

Become a master of detecting, identifying, and releasing resistance. You will get rid of an energy vampire and you’ll be a happier person.

The Avatar State audios, the cure procrastination, the harmonize, the love, and the abundance audios will help you get smarter and better at spotting and removing energy vampires.

5 thoughts on “Energy vampires: how it works. I fell victim to one myself”