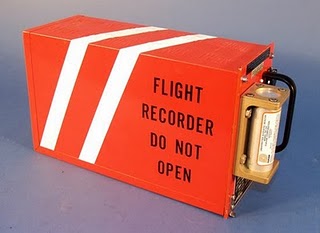 I have been working with myself and two clients on cracking our engrams.

Engrams are much like a memory capsule, much like an airplane’s black box. They are recorded with a human yet mechanical recording device, the reptilian brain, that never sleeps.

The content of the engrams is every detail around a traumatic incident where you were in an altered state, sleeping, fainted, in anesthesia, or in a shock. None or little of it is available to the conscious mind, directly, instead the engrams act like a hidden program, like an ad-ware, that pops up whenever there is any similarity between the present moment and the moment of the engram recording.

In 1996, which was 15 years ago, I had a friend do a therapy session with me, that was weird, but very effective. It also left him with a burn mark on his thumb.

He called it the “crystal method.” He said that memories like this are stored someplace, but you can get to them by pressing an acupressure point that is connected to the somatic expression… in my case I had difficulty taking a full breath, so he looked it up on an acupressure map, and then found the related acupressure point on one of my toes.

He was pressing on that spot. From the pressure it was supposed to be warming up and release its content to be available to the conscious mind. It became very hot, and burned his finger… But back to the beginning…

I was lying down on a therapy chair, with eyes closed.

In a minute or so he asked if I was seeing anything. In fact, I was. I was 3-4 years old, standing on an open space, like a square in some village. The sun was setting, dogs were playing in the dust… the picture was very real, everyone drinking, someone brought an animal and gutted it right there… the guts lying in the dust.

He asked me to start saying what was happening.

I told him the whole story (it was the story in which I was raped and left to die). He made me tell the story 10-15 times, back and forth, until I didn’t miss any details.

It was very traumatic, but towards the end it was more like watching a movie that I have seen before: I was able to look around, not just at the action.

In my recent studies of Dianetics, a lot of what happened in that session, became clear to me. Especially the parts that the guy didn’t know about, why I used to have weird reactions to gutted animals on the roads, why I got sick from pets procreating (it was a real problem in Jerusalem with its huge stray cat and dog population! I can see that I was in therapy for 3 years just to deal with that! and never found out what was wrong with me until just now, lol. not funny!)

So, here I am, working on these engrams to clear them out, to clear me out, so nothing holds me back from doing what I need to do to fulfill on my divine assignment. And all is working well… except.

Today I woke up groggy, miserable, anxious… you get the picture. I measured my vibration and it was under 200…

Now, whether you know about vibrational frequencies or not, you need to know that under 200 is the wretched area, and above 200 is being ‘human being’ begins. So I descended to human hell…

I muscle tested if the misery I was feeling was mine or belonged to somebody else, and lo and behold, it wasn’t mine.

It was so bad, that I had to hide under the blanket two times. 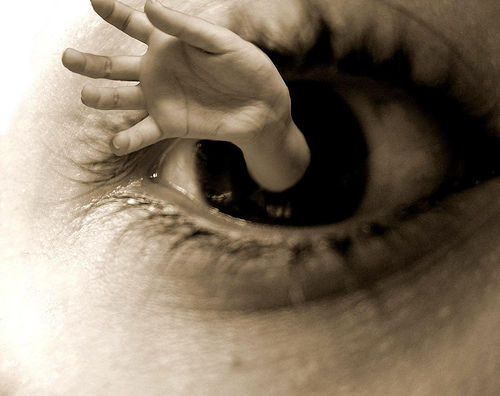 The second time I had the presence of mind to ascend to God and ask what was going on. The answer came instantly: an entity attached itself to me. ‘Dear God, I command that you get rid of it. Thank you.’

And I could feel as the misery lowered itself in my body, hung out around my calf, and then left. It got quiet, I became light, and it was done.

I went back and asked God: ‘what was that? who was that?’ And the answer came: it was me from a parallel universe, or maybe preserved in the engram… wow.

I also saw another thing: it takes a courageous, committed, and strong person to go through hell to come out into heaven on the other end.

I bought my Dianetics book and dvd’s for a cent a piece.

People buy it first because they want what it offers, heaven, but when they find out that they actually have to relive the trauma, they prefer to stay enslaved, and miserable… and sell off their books and dvd’s for next to nothing.

What if your survival depended on it? Would you do the same? Because your survival actually may depend on it. Most of your intelligence, life force, energy to achieve, fight for what is your due, is trapped in those traumatic incidents, and without that life force it is like living permanently in the shadow.

But what about my technology? Isn’t it easy, and effortless?

It is true that my technology with the activator downloads is painless, but not exactly effortless. You will have to learn to drive your new and upgraded “vehicle” to get the life you want. And for most people that is effort.

The people that aren’t willing to do anything for what they want will get nothing. Guaranteed. Engrams or no engrams.