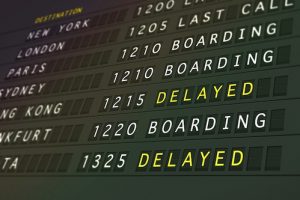 When I think about procrastination, I limit my thinking to stuff that I don’t do that has to be done, should be done.

Today I saw another category of stuff, that I didn’t know it was procrastination, because that is the below the water level of stuff I don’t do: postponement.

I am playing the Avatar Audio in the background, now 24/7. To my surprise, the water level seems to go down and more of the hidden stuff emerges.

You can’t catch what you don’t see… and I am seeing stuff I have never seen before, or if I have, just glimpses, you know the kind that you even wonder if you saw anything at all, or if it was a dream.

I am planning to move in a few months, and this is a great opportunity (albeit unpleasant!) to look at the stuff that has been neglected, postponed, not dealt with, swept under the rug, treated as if it didn’t matter or didn’t exist.

It is very un-guru-like, very not Avatar-like to have heaps of stuff swept under the rug, but truth is truth, and that is what I am starting to see.

For what I am paying rent and utilities now I could rent four or five of those efficiency apartments.

Stuff. Some as old as 27 year old, un-needed, useless, outdated, but takes time and effort and thought to deal with it.

One of the stuff I have been dragging with myself is a website that makes less money now than the cost of the hosting: it is time to deal with it. This was the straw that broke the camel’s back, or the whack that ended the 100-year long hiding of Aang, in “Avatar, The Last Airbender”.

Yes, even Avatars postpone… it seems that stuff that is current, stuff that is in front of you is easier to deal with, and the benefits are bigger.

I can’t report about results, yet, but I promise I will. My hunch is that my health will improve, in spite of the physical effort needed to unearth, and get rid of stuff. My space, my “aura” will be cleaner, more harmonious, more in line with what I am up to today, than filled with all that clutter that is not me, not in harmony with me, and I wish I didn’t have.

Another postponement I have seen with students, is postponing dreams, postponing action that would start a process of finding and living your authentic self.

But in essence, both types of postponement, both types of avoidance is fear-based, and a misunderstanding of life. Avoiding what is so in favor of an unreality.

This insisting on unreality, and that it should be real, that it ought to be real, is the basis of the widespread anguish I experience on the calls.

You cannot be happy, fulfilled, and fully in action about anything, unless you remove from your life all aspects of unreality, and start to deal with what is, however ugly it is, and whatever it takes.

For me, it will take work, choosing, and some unpleasant communication. Maybe even hardship for a while. But in the end I will be a happier person, one of the few that lives on this planet. Why so few? Because living in unreality seems to be the standard parents, schools, churches and government enforce, promote, and endorse.

It takes a rebel, it takes immense desire to live an authentic life to break out of the “how everyone does it” way of living live, don’t have any misconceptions about it.

I am just looking at it, I haven’t even started, and the hairs stand up on my arm, and suddenly I want to get busy with something else.

Except I can see the immense toll it has taken on me to live this way, like everybody else.

I’ll keep you posted. I just want you to know that I would have NEVER gotten to this point of courage without using the Harmonize Your Vibration audio, and the other versions as well: try the Harmonize audio for 10 days for free, you’ll be very happy you did.

1 thought on “Postponement: are you guilty of it?”