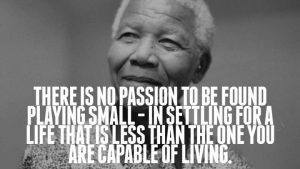 I could ask this question of any and all human beings, and would find some way.

I am reading Osho again, after making a brief detour to Ayn Rand and Aravind Adiga for a month or two. He spoke for some 35 years, and every talk he gave has been transcribed. A lot of talk, it is as if he blogged for 35 years. I have written 800 articles in the past 18 months, he gave hundreds and hundreds of talks to his followers.

He was an exception to the above “human” rule: he was growing, expanding, most of his life.

When I look at myself, I am often hesitant to act, hesitant to disagree publicly, and almost completely unwilling to negotiate. I feel frozen, and stiff, shrinking. It is as if my very life were threatened: I haven’t been able to see what is at the root of it, and I am both curious and terrified. 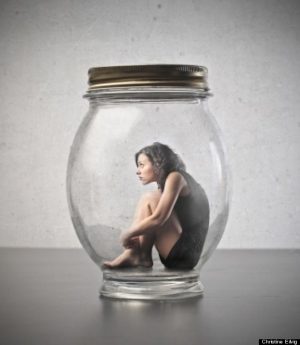 If it were someone else’s issue, I would ask them: what is the worst thing that can happen? And I would be sure that it is the right question. But with myself, the horror is still buried.

A student of mine, when she was four years old, witness her unpredictable father roughing up her younger sister, and sending her permanently away from home with a few items packed into a handkerchief. An hour or two later, this same father sent my student to find her sister and bring her home. She found her sitting on the seaside, not far from home.

Today this student of mine is cowardly, fearful, appeasing, and behaves if the threat of an unpredictable father sending her away from home were a permanent threat. She would like to grow, but she can’t seem to overcome this fear.

Another student was adopted. When she was two years old, her parents adopted another little girl. She got terrified: they would not have gotten another girl if they wanted to keep her (a common fear of adopted children, by the way) and she became weird. But you don’t have to be adopted to get scared when a younger sibling is brought to the household, yet another student, she was six years old, faced her own disposability and mortality when her parents got her a brother for her birthday.

In all the examples above, the girls in the stories, chose survival, and stopped being bold, curious, expanding human beings.

Another student, slightly different angle: she was taken to a new day-care and the children ignored her. She made it mean that she was not liked and accepted, and started to put all her energies making everyone wrong, finding fault with the people that didn’t like her and didn’t accept her. That made her, momentarily, feel eligible for survival, but on the long run, all this leads to a miserable and unproductive life. 2

Trying to earn your survival always conflicts with growth, expansion.

The harmonize audio (and to a certain degree the other Avatar State audios) is designed to return you to your natural state of growth. I have experimented with it for the past 28 years, and no therapy, no talk makes any real change in the area of self-protection and your propensity to shrink to protect yourself.

But if the results with the harmonize audio are any indication of what they can do for you, finally we have a tool that can work.