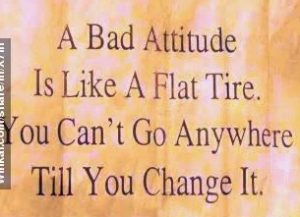 I got lucky today. I got to see something I haven’t seen in a long time.

It’s been many years that I “shared” with anyone.

Sharing is a Landmark Education distinction: you talk about some gain in your life, in a particular way, and if you did it well, the other person gets a tiny bit more than just a whiff of what you are “sharing”; they get a taste of it. A taste of your gain…As if you’ve given them a bite of your triple chocolate fudge cake… lol.

We were both early for the exercise class, and she was really relieved that she wasn’t going to be the only student…

As I was changing to shorts, and gym shoes, I asked if it would be OK with her if I bragged… And she said yes. 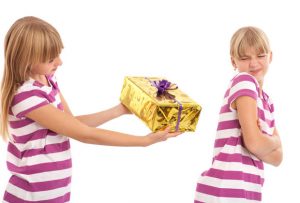 I really really really wanted to show someone my belly: no hanging skin, no stretch marks, in spite of the big and relative fast weight loss.

It felt good… but then the sn*t hit the fan.

She took what I said a sales pitch. And she pushed it right back at me. 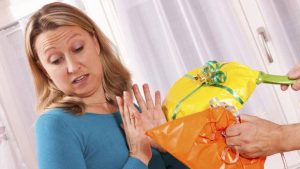 It wasn’t the words. I felt the push… the words could have come with a different attitude, by the way. 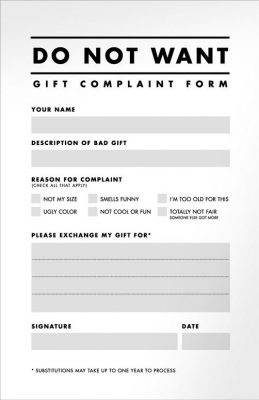 So I asked if she took what I said as a sales pitch. She lied… “no”.

OK, this is what I want to talk about… about that attitude… we’ll give it a name soon.

“I’d rather be dead than acknowledge that I need that, that I could use that, that I would do better with that, because then I would allow you to win. And that would mean that I am a loser, or less than you.” is the attitude. It is not said: it is in the “unsaid”… below the surface.

I’ve even felt that with a student of mine who has been with me for five years. Different soul corrections come with more or less of this thing… resistance. 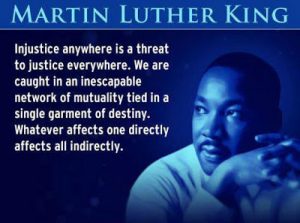 This article will be about this resistance. Once I figure out what it is really about… because, surprise, I don’t already know… so I am going into meditation mode… and see what I see.

OK, the first thing I see is: everyone loves shopping, everyone hates being sold.

If you allowed someone to sell you, you would feel like they are the only winners… that you are a sucker, that you’ve been used. 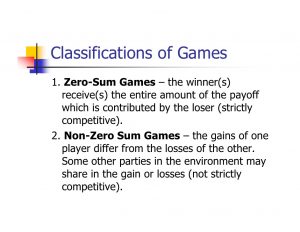 It is now the next day.

I think I can see THE distinction that is operating with resistance of this sort. 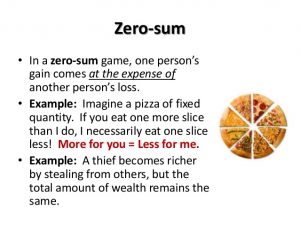 In game theory and economic theory, a zero-sum game is a mathematical representation of a situation in which each participant’s gain or loss of utility is exactly balanced by the losses or gains of the utility of the other participants.

Some games are zero sum games. There is a loser and there is a winner. 1football, poker, golf… winner takes all.)

But most games in life are NOT zero sum games, but you treat them as such. 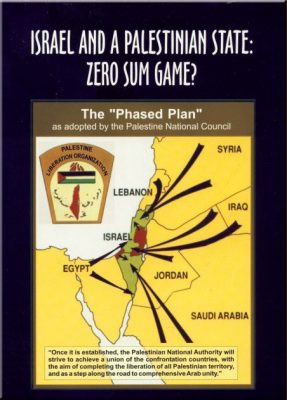 It is not possible to have the good life, to live well and be peaceful and productive and happy if you treat all “games” the same.

Why? because if you consider that life is an either win or lose game, you’ll never be relaxed. You’ll be always on high alert.

I have observed this woman I had the conversation with, and all her actions are consistent with her viewing the world through… listen up… or-ness.

Most of life, as far as I can see it, works better with putting “and” between the parties.

It is you and me… it is I am the best and I am nothing at the same time… It is you are nice and you are rude and life works really well this way. 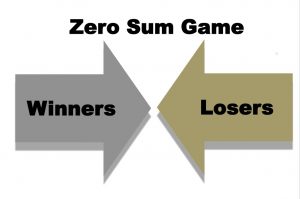 But no matter how you were brought up, life is an “and” game.

The level you can get it is the level of your ability to handle adversity, ambivalence and controversy. 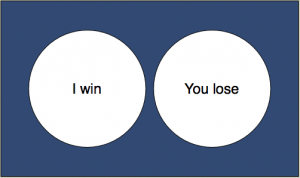 Mandatory for the kind of life you want. Winning, smooth, joyful.

A great example came up this morning from one of my students.

Thank you Sophie!
Well I got up at a reasonable hour and I am winding down a ten-hour workday on the wall. I didn’t have a panic attack, but something close. Many times, almost hysterical, almost crying, saying out loud,”I can’t do it!” While doing it without stopping. In the zone, but over the edge a few times.

A great illustration of the “and” game.

No losers. And no winners.

She would have seen that she could love the results I was having, and not have to do it. She could even tell me that. “I love what you got. I really do. And I am not interested in becoming a client, a student, or anything… But I love it.”

Another distinction that is there that I just caught: the distinction is called “therefore”… 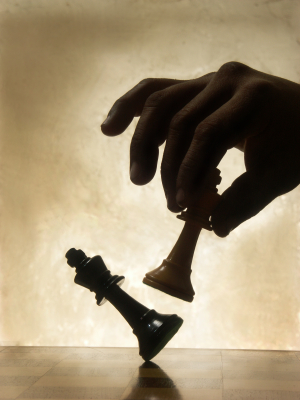 It is a way to say: if one thing is true, then the other must be true too. Causation. False causation.

The mistaken belief that if you love someone you must now do something…
If you promise then you are now bound to do it… slavery.
If you agree then you must agree with everything.

Lots of different ways this “therefore” shows up in your thinking.

This is when you need to stop and say “it ain’t necessarily so…” and think it through.

99.99% of your therefore’s are false. False logic. False automatic thinking.

And you are surprised that I say “stupid”.

The bad thing is, that without distinction you think I am wrong, and judgmental, and all that horrible stuff you think about me.

But stupid only means that there is something you haven’t considered, haven’t thought, haven’t recognized.

Stupid is a great opportunity for growth.

Most of you won’t see it. I am OK with that. 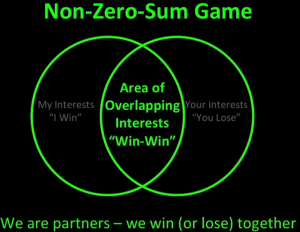 PS: Many of you think that people with high vibration don’t get angry, don’t think stupid thoughts, don’t get sad or depressed. That is another expression, another manifestation of your either/or thinking.

PPS: You probably think you know everything, you see everything clearly. It’s normal, it is the mind that thinks it has everything. The stupid part of every human, the mind.

Every time I read a new book, every 3-4 days, I am stunned to discover how much I don’t know, how much I can’t see. I even feel embarrassed, or ashamed. I even have thoughts of impostor syndrome… no wonder I could not help X, I had no idea about the thing I just read… and it would have been perfect.

If you read and pay attention to how smart you’ve been, you block out anything new, anything confronting, and you are not growing.

How stupid is that? 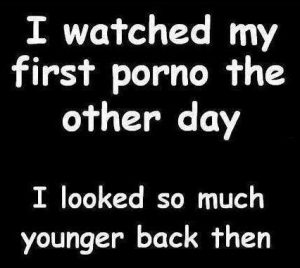 PPPS: every good joke is funny because of this “therefore” automatic false causality of the mind… Often hilarious… But did you notice that you don’t laugh a lot? Dead giveaway that you don’t catch yourself.

PS: While I was searching for Messiah Syndrome on google, a Canadian dude was mentioned several time. John de Ruiter. Some blond dude… some honor his as the second coming… I measured his vibration: 170. But he was asked a question and I liked his answer. The questioner said: I am tired of being ordinary. And his answer was: that is what keeps you there.

Whatever you resist: persists… by virtue of your resistance.

If you want to be anything else, you need to embrace it first, really embrace it. Not the way people hug each other when they say hello. No, own it, be intimate with it… and then, when you walk together, you and the ordinariness, then, only then, can you choose a new direction for your being.

It is also true about someone else’s being. They may be an asshole… a moron, selfish, self-centered, attacking, superior, arrogant, what have you. If you can embrace their being, the way they are and the way they aren’t, then you can take them, maybe, to another place… Not always, but sometimes.

But if you resist their being… then you can’t do anything. You lost your power to your resistance. Bummer, eh? 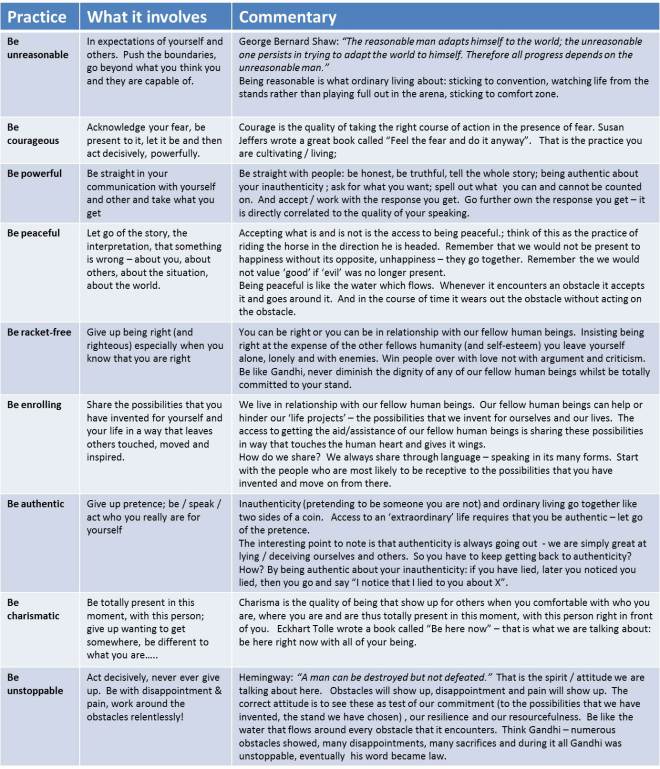 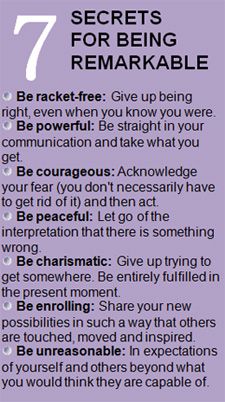