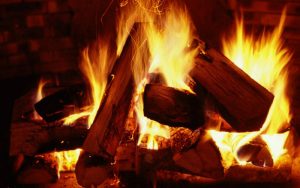 It’s not worth it… you moan…

Is it worth it to invest your energy in something that is uncertain? It’s not worth it, or is it?… It is all about whether it is worth it for YOU or not…

If you are supposed to have it already, then working for it doesn’t look like it’s worth it.

And this is the problem, an epidemic, of today. I have students in all the time zones of the world… and they all share this problem.

The lower you are in your starting numbers on the essential measurements, the bigger the gap is between what you have, who you are, what you feel, and what you feel you should already be, feel and have.

You are unhappy, scrambling, and don’t understand. If you are supposed to have those, why don’t you?

Scrambling, being unhappy, being clueless takes up all your time…

The truth is: you are either happy or not happy. It takes work, organized and integrated work to have stuff that works, and works well. When you look within, you probably look in your mind, and the mind stores mostly misunderstood garbage… so no good answers come from it. And even what you have is so thin, meager compared to what you need… you know little, and what you know is either wrong or misunderstood.

And the Universe is not friendly to you, because the universe isn’t crazy enough yet to reward a whole lot of undeserving people…

So what could be the benefit to you that I say these rough things? NEGATIVE things?

You have had enough lies… now let’s talk about the truth, shall we?

And because you have been mislead, you don’t know the physics of life, the reality of life, and you’ve been acting out of stupid, naive, and wishful thinking kind of rules, like ‘be positive’…

Rule #1 of life: you can’t get something for nothing.

Rule #1 of life: you can’t get something for nothing. Nothing is free in life. Everything is caused by something… you cause nothing: you get nothing. You cause bad stuff: you get bad stuff.

Pondering, talking, journaling about stuff won’t get you stuff. Only action will. 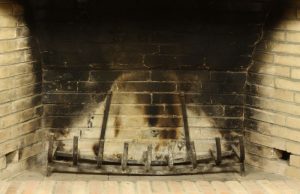 The fireplace analogy to life

You’ve been looking at the darn fireplace expecting heat. You have been repeating affirmations and commands: fireplace give me heat then I’ll give you wood… and no matter how loud you yell at the fireplace, no heat is given.

Because the physics in life are ignored by your affirmations and commands.

But you are lying. What you are saying: I don’t want to do something… I want to know it is the right thing first.

Hah… it is the same thing as wanting heat without giving wood!

You cannot, will not know what is the right thing without doing what you are too stingy to do.

99% of you are permanently and hopelessly stuck in this stingy mode… It has flavors: belligerent is a flavor. Resistant is another flavor.

But all the flavors are the different flavors of the same attitude: stingy.

Stingy is at the root of stuck…

Stingy says: it’s not worth the effort…

But if you want heat, you need to feed the fireplace.

So I did… in this situation feeding the fireplace means: allowing people to not do the work when they don’t do the work… i.e. not give up on them… hard for me, but possible. So I did it.

In this situation coaching people to see what is holding them back and what’s possible… without ever giving up hope, without ever stopping giving the fireplace wood… even though there is no warmth coming back.

I have been at it for years. For decades. It seems like forever.

In this situation feeding the fireplace means: reading a lot. Reading with the intention of seeing something I have been missing.

Remember: when something isn’t working, there is something you don’t know.

I have been doubling my reading. And it is paying off…

I now have one student, maybe two, who see that work is the price they pay for what they want.

The rest? They are still just talking about it. Jibber-jabber, blah blah blah.

Still no action. No fire in the fireplace.

As I have said before, certain soul correction people are more stingy than others.

Silent Partner, Finish What You Start, Sharing The Light… true to form they are still just talking… lol.

You may not get the results where you put your firewood… These talking soul correction people gobble up my firewood… and give back no heat.

I learned something in marketing that may be the key here: Do what you do… and get to making $10 a month. If it was not a fluke, if you double what you’ve done, next month you’ll make $20… If it was a fluke, keep on working on that first $10 until it is not a fluke.

The 67 step coaching does one thing and does it brilliantly: it builds synapses and connections between and among your disparate little islands of knowledge.

If you may remember, in 1998 I suffered a major brain damage. Large areas of my brain stopped working because during a surgery they got no oxygen, I think.

The coaching part of my brain was not damaged. Nor was my computer wiz part.

I started to make my own brain remedy, take large amounts of nutrients in the form of Superfood, rest, and exercise.

None of that was making the functions come back . 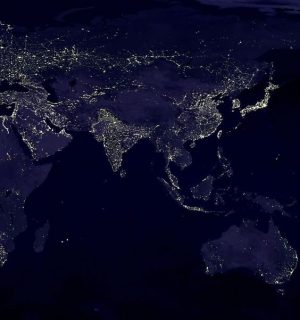 And then I had an induced seizure in 2000, and another one in 2003. Both shocked my consciousness and my remaining brain awake… and created new synapses between the still functioning parts of my brain.

And with half a brain that was now unified and integrated, and connected with plentiful synapses, I have recovered a lot of functions that I’d lost.

Did a doctor tell me this? No, I did not bother to go to a doctor: doctors caused the original damage… and anyway, I am really short on trust. So no, I didn’t.

But I can close my eyes and see my brain scan… and I can see the dark parts… It looks a lot like the globe at night: the cities and their lights are the working parts, and the oceans are dark…

Now, how does this apply to you?

The best I know is doing the 67 step coaching plus reading the recommended books.

With the intention, with the SOLE INTENTION of building a network of connections, the Sequoia grove like integrated brain with integrated knowledge.

Many of my students are doing reading, doing the steps, but they think they need to take actions to change, to do, to quit, to whatever actions Tai’s questions indicate you should do. 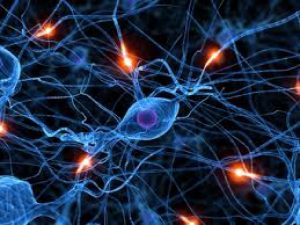 What they don’t do is build synapses. Connections.

What they don’t have is the foresight that with a full deck they’ll do well, but their steps now come from society’s memes… and therefore are misdirected.

The memes, they tear the synapses before they become permanent, and nothing is built.

If you are a student of mine: you’ve misunderstood your job.

But you can self-correct any time.