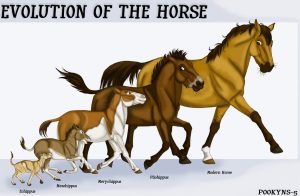 As people round the steps in the 67 step coaching program, as they begin the second cycle, they start to see new things, or they keep on seeing the same things…

Some see the things from memory. Comparing. “Knowing”. And some from actually seeing.

Step two (in the 67 steps) introduces the idea of the Selfish Gene, evolutionary stable strategy.

It is really amazing to watch them go, unaware of the other path.


I will illustrate this with their own words… but before I do, I want to set down some principles: 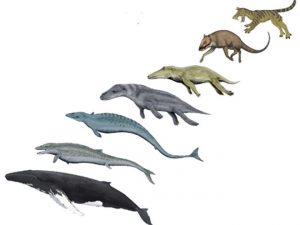 Naturally, unmitigated by culture, society, memes, genes like to experiment and arrive to new evolutionary stable strategies. Evolution, the desire for evolution is innate to the genes… after all evolved species start to use the edge effect: get more out of life.

Except humans. Humans have been hindered by culture, the other, society, memes… the Tree of Knowledge.

The 67 step coaching is an evolutionary journey… and depending on your devotion to the Tree of Knowledge, you’ll evolve, or you won’t.

It is that simple.

There is no new territory for anyone, until… OK, what is this until?

In the book The Science of Getting Rich, Wallace D. Wattles teaches how to grow. He says: begin where you are by starting to do things in a certain way. Then you’ll grow too big for that space…

Human imagination, fueled by false images by memes, books, society, news media, etc. depicts growth as a jump. But growth only seems to happen that way. And awful lot of work happens before the visible part of growth happens.

But people who are enamored with the Tree of Knowledge, think as if a fertilized egg could next day pop out of the mother’s belly and become an adult and a millionaire.

When I say it this way, it does sound ridiculous, doesn’t it?

But this is what “they” are teaching you: jump from ignoramus to millionaire through listening to some audio, making some collage of what you want, or by doing a course.

So this is the Tree of Knowledge path: no work is done, no growth on any level… plus fretting from going to that next level of making a million dollars. Fake fear. There is no danger of any of it… you are barely functioning where you are… you are at the 5-10% level of filling the space now… why would you even THINK of going to the next, unprepared!?

So what is the Tree of Life path?

You start altering what you do, mostly the how of it… Think and do in a certain way, using Wallace D Wattles words.

No visible change… all change happens inside the belly of the mother: a new human is going to be born at the end of that growth…

One student gets it, the rest… so far: not.

Tai says: do simple things simply. And ask questions if your understanding is spotty or it looks complicated.

What is my recommendation? Read The Science of Getting Rich. The chapter where he talks about The Certain Way. 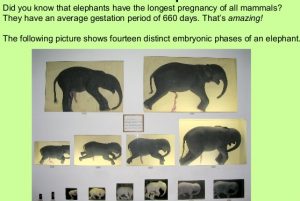 Put it into action. You’ll have difficulties, because it is simple, and it won’t make you look good: there is no bombastic smart sounding speaking, and there is no fear… It is all doing. Below the hood… below the visible… in the all important level of the invisible. Even the thinking part is “doing”. It says: think this… It doesn’t say: have these thoughts.

You need to learn to think what you intend to think.

Simple and incredibly hard… until you get the hang of it.

OK, I promised to illustrate the Tree of Knowledge path and the Tree of Life path by student’s posts:

So many times in my life I have reached that point where I am at the top of the ladder and was pushed to move on, having to face the fear of being a beginner again, but every time I moved on I was a much better person. There is a smugness, a self-righteousness with being comfortable at the top of the ladder. There has to be change, and there has to be adaptation, and its challenging, and it makes your blood flow again, and grows you.

Fear of failure is paralyzing. It has paralyzed me. But looking at “failure” through different filters, seeing it as the necessary process for learning, for growing larger, it helps it become acceptable; doable. Do the things that are humbling, and unknown, with a child’s heart. Can I do that? I think I can.

And fear has been a companion for a while now; fear that I have to make this huge leap into the unknown. That I have to drop everything I am currently doing, my friends, family, my security, and walk into the fog. But that is black and white thinking; far from the perspective of taking one step at a time. I can work at it, chip away at the sculpture little by little, allowing things to take its course over time.

This student is talking a good talk, but it is all to sound good, and avoid doing the work. Tree of Knowledge… fake.

I am certain you can’t hear it… because you are also a proponent of the Tree of Knowledge path… the fake path, pretending to want something, but you won’t…

You need stability in your strategy by an action. Ok that’s what I’m working on just a simple strategy of reading, bringing my attention back to what I’m listening to and the 67 steps. It’s nothing to big that I can’t come back to that’s the strategy and stability and the reward I’m getting everyday from these small actions that is what makes it worth it and I know the changes won’t happen right now but overtime they will. so then I have time to adapt to new ways as I go then I will be able say I can adapt when I need to.

I mean if I don’t learn how to keep my attention on where I need it how can I ever be aware of anything going on around me and if I don’t read and learn from people that have been there and already done something how can I ever adapt to the world so I can give to it.

Like I said before I can only take tiny steps right now because I have no foundation yet and I know myself enough that if I try to leap and take on more than I can handle it’s coming down fast that’s why I’m doing my reading, bringing my attention back to what I’m listening to and the 67 steps that’s going to be my stable foundation but it will take work. So every step I will write this so I keep banging it into my brain and even if it takes 90 days to make it a habit for a lifetime.

If you can hear that this second student is not talking about doing, he is doing. And he is building. And you have real hope for his evolution. You can taste it… And it tastes delicious.

So what is the fundamental difference between the two people, the two paths?

We can safely say that humanity has been, for the past 100,000 years, on the path of the Tree of Knowledge. No growth, neither intellectually, nor emotionally or spiritually. No growth.

Unnatural, meaning AGAINST NATURE. Against the Selfish Gene.

My preliminary guess is that with the introduction of language, people can sound smart, and wear feathers to decorate themselves, feathers they did not earn. Words.

And those feathers deceive others thinking that there is some value there, and they buy it. Worthless politicians, worthless managers, worthless phD’s.

And, like any conspiracy, no one dares talking about the conspiracy… in fear that they are wrong, because everyone is pretending.

The whole of humanity is dressed in non-existent clothes, like the Emperor in the tale of the Emperor’s New Clothes, or whatever that tale is called.

Some rare individuals can break out from the spell… but no one believes them. I am one of them.

And you could be one too…

The last point of the Starting Point measurements, that I added not more than a week ago, measures to what degree you are able and willing to hear and heed feedback. It’s an attitude, it’s a world view.

That is the pivoting point of your life: if it is “good”, you can raise your vibration. If it is “resistant” you can’t. Won’t. Can you change that “attitude”? Maybe. It is probably the hardest thing a human can attempt… And unless you say “It’s worth it for me” you won’t.

And that is the big issue: is it worth it for you?

In the next workshop series I am going to experiment with the participants. Experiment to see if it your current “it is NOT worth for me” can be changed at all. And if yes: how.

The workshop will be a great opportunity for the participants, you, to get clear of your attitudes about life, so you can stop lying to yourself.

I am considering charging a nominal fee for the workshop… only to filter out the bottom feeders who are only interested in getting something for nothing.

That attitude (not hearing, not heeding) is at the root of “it is not worth for me” and the disaster towards which this human experiment is leading.

According to my muscle test, we are not the first humanity, not even the second… this experiment has already failed 79 times. Humanity became extinct 79 times.

I feel it is up to us to find a way out of this self-destructive, non-evolving experiment.

People who are unwilling to pay for a workshop are surely not willing to do the work necessary. Most don’t even show up to a free workshop… They say: it is not worth my effort… I’d rather do something else, like watch television… or play on my smart phone.

The first session will be free, on December 6 4 pm NY time. And all the biweekly session (meaning: every two weeks, always on Tuesday) will cost some money. How much? How little? I haven’t decided yet.

Your best bet is to find out your starting point measurements. Pay special attention to the last one… wise, foolish, or evil.

1. your vibration (1-1000)
2. your overall intelligence, emotional, intellectual, spiritual, body, relationship, etc.
3. the number of spiritual capacities you have
4. your soul correction (your machine) I need your date of birth for this
5. do you have attachments?
6. the level of your health (1-100)
7. the level of your cell hydration (1-100)
8. your relationship to feedback and instruction (wise, foolish, evil)

I need your date of birth and a recent photograph of you to do these measurements.

Here is the link to pay:

2 thoughts on “Tree of Knowledge path to life… Tree of Life path to Life. What’s the difference?”