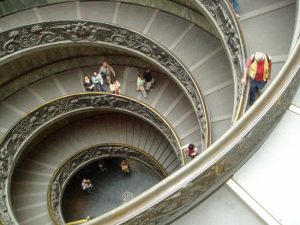 Is the Soul-Correction Workshop Stairway to Heaven?

We’ll first need to distinguish all the elements of the above question, otherwise we are going to be like two trains passing each other: not on the same track.

Let me hold no secrets from you:

soul correction is at the root of you raising your vibration. Nothing else. You conquering, one-by-one your shadow…

So let’s look at the distinctions:

What is Soul-Correction? It’s a set of set behaviors and attitudes that are out of vibrational alignment with how it is, a distortion in perception of reality

What is a workshop? Workshops are interactive. There is no actual material delivered, except when some explanation of distinctions is necessary in order to understand what’s happening. In my workshops I coach participants publicly while others listen. I make it as interactive as I can, and I demand attention, at least raising your hand by pushing a button on your computer. If you join the workshop (webinar) from a phone or ipad, you can type “yes” when others raise their hands.

I can see your name, I can see whether you are paying attention or not, on my own computer.

I also record every workshop and give access to the replay to the people that registered in that webinar. No outsiders can access the recordings.

I cannot guarantee confidentiality, so don’t share anything that endangers your well-being if it is shared. This is not a confession booth.

What is Stairway? Stairway is a path without turns and twists, and if you adhere to it, it will deliver the highest and furthest given your particular situation and starting point. It won’t make you more intelligent than you can become at YOUR brightest, it won’t read books for you, won’t take university courses for you: you’ll need to do the work if what you need to accomplish a worldly success is knowledge, intellectual ability and skills.

What is Heaven? Heaven is an experience. An experience of life as satisfying, fulfilling, blissful. Joy is the norm. The joy of living. Each will have a different circumstance. For example, heaven will have me working. Work is my heavenly occupation, but you may want to play golf, take cruises, or compose music or train to be an astronaut. The experience of heaven is what matters.

Don’t ask me why there are fundamental similarities among people with the same Soul-Correction? After all the soul-correction is a number you get when you add up all the digits of a full birth date. Sounds like horoscope, but even horoscope makes more sense, maybe the Big Bear makes people, I don’t know, jealous? greedy? sissies? self-important? clingy? But adding up numbers? Bah humbug, says the mind, but my experience supports the theory: people come in, seemingly, with similar vulnerabilities if they have the same soul-correction.

I am a 34, Forget Thyself. I just finished an email conversation with another 34. She is so sure of herself, that she never suspects that she made a mistake… that is me a few years ago. She has no graciousness in her interaction, no capacity for gratitude or appreciation. That is me until a short time ago, and even today I have traces of that. And the list of similarities is striking. And she is not the only one…

Or take the 25’s, Speak Your Mind. Timid, indecisive, hold it all in, dominant emotion is anguish, covering up the hidden flaw. Afraid of going it alone. I am like a magnet for 25’s. My certainty attracts them: they are not certain of anything.

Which is the reason, that since the beginning of times people come in one way, and go out the same way: no correction.

So am I going to be arrogant to declare that because of me now there is a way? Well, arrogance or not, self-assuredness or not, my experience has been that when you look at the energetic, emotional root of the correction, and access it energetically as well, you can actually start correcting what hasn’t been corrected any other way.

In an upcoming article I will analyze some famous people’s soul correction. It will be fun. But for now, let’s stay with the question in the title: Is the soul-correction workshop stairway to heaven?

There is a totally unknown distinction that without being an empath I would have never guessed: Your soul is going to make you miserable if you are not in action about your soul-correction. I think that is why it’s called soul-correction, a term from Kabbalah: it is not the soul that needs correction, it is you, guided by the soul. 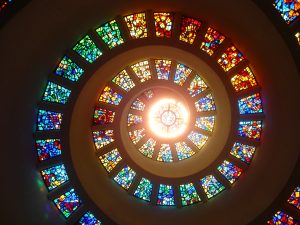 The soul suffers when you live a life of complacency, cynicism, resignation.

That kind of life is not fun for the soul: that kind of life, and that kind of person is out of balance, out of harmony with the order of the Universe, and the soul can barely stand it. Sometimes it can only stand it by going completely asleep in you, and then you are really a ship without a rudder.

If you look around you, if you are perceptive, if you have the science underlying the TV series “Lie to me” or you are an empath, or you catch a glimpse of people behind the scene when they don’t know they are visible, you will notice that most people’s happiness is a front. It’s a facade. It is to hide that behind it they are miserable.

That is pretty much what I expose in my vibrational reviews: that none of those reviewed has done anything about their soul correction, and that they are miserable pretending to be well, peaceful, centered, and happy. And of course, the pretense makes it even worse: if they have a conscience, they feel guilty, they feel shame. And their illnesses will be consistent with that.

So why is the Soul-Correction workshop is the beginning of something new,

…the beginning of times when at least some of the people will have nothing to hide, because they will be in action about their soul-correction, and they will be able to tell the truth about that?

Because in this workshop I will also develop energetic activators that are perfect targeted to address an issue. I will not create sweeping general activators, like courage, or ambition. Activators like that are not a perfect match with what you are dealing with.

The idea of the first activator that I plan to do came from a student who is having a difficult time “tearing” his attention away from the past. He has a sticky pivot, and in spite of all the work we’ve been doing, he is driving with his attention on the rear view mirror. He expects things to repeat, and they do. He never looks at the horizon: it is more comfortable to look at what has been, and project it onto the horizon.

Do you see how specific that is?

We’ve all been getting tons of sweeping suggestions about every possible thing, this is what we call pop-psychology. It does not work at all. And even big companies, like Landmark Education, will only tell you: you have a racket, or you have a strong suit, and no resolution, no process to beat them… oh, those are natural and bad things, rackets and strong suits… if you haven’t caught it earlier.

My students have trained me in the past two years especially to be able to pinpoint the issue.

You’ll participate in the workshop in three ways: observer, lurker… until you gather courage, until you have some question. The second level is a participant that types questions that I answer if there is time. And the third level is the Hot Seat, where you will have an open mic, and if we are successful, 2 I’ll create a custom activator for your specific issue to correct.

My old students have already signed up. They know the value, and they are excited.

If you are at all intrigued, sign up. It is dirt cheap, and you can just lurk until you are sure. You can cancel any time.

2 thoughts on “Is the Soul-Correction Workshop Stairway to Heaven?”