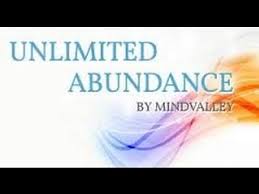 Before i do anything else: I’ll do a vibrational reading (review) on Christie…

Her personal vibration: 130. Truth value of her teaching: 3%… meaning: 97% is not true, not accurate, not effective.

Want to find out if your vibration is higher than hers?

I have gone to her webinars, and I have students who have. I have never met or spoken with anyone for whom it worked. It is a bestseller because people hope that they can amass abundance without working on themselves, without working on their skills, their attitudes, or working… period. The requirement for anyone to want this program is greed and hoping.

The whole methodology of Christie Marie Sheldon is to do incantations. Incantations like a witch, which is quite in character, considering her little wicked giggle, even though it is a nervous laugh, much like a tik… she probably has no control over it. It is irritating nevertheless.

Your level of consciousness is more indicative of what you’ll do, than what is stored in your subconscious.

Not mentioning the fact that no affirmations, not even hypnosis has ever changed someone’s actions with any level of certainty, for any length of time. If it have, you would already know.

She says that she uses the energy of the audience, and she is not lying about that. She managed to put an energy sucking attachment on my neck: luckily I caught it early, because I had removed it from other people before. Her attachments seem to go deep and suck the aliveness, the will to live, the Life Force out of you.

My personal experience is that people who flock to Christie Marie Sheldon, are suckers for miracles, have no or low self confidence, and are not really willing to do what it takes to make a buck.

The testimonials are from the exception: people who are already making money, who have value to offer, and just by virtue of putting their attention on the area, start making more money. This is what we call the placebo effect.

Also, as an empath I can tell you with certainty, that Christie Marie Sheldon doesn’t believe a word she says, and neither does her promoter, owner of MindValley, an Indian guy, didn’t catch his name. Christie is riddled with greed and the impostor syndrome: a tightness in your center.

This guy, Vishen (just looked up his name) may have gotten a private session from Christie, but if he produced any results, it wasn’t because of what Christie did, it was because of what he did. He is ambitious, driven, and willing to go the extra mile, and more, to become successful.

Vishen’s energy is stormy, insistent, pushing. I hated his energy even more than Christie’s…

This is my review.

If you are not a typical Christie Marie Sheldon, and Unlimited Abundance junkie, then I recommend my Abundance Activator, but only if your vibration is above 200. If it isn’t, start with the Harmonize your Vibration, until it raises your vibration to 200.

And start considering that unless you have a vehicle to provide value people want, abundance is not in the cards for you.

19 thoughts on “Unlimited Abundance Review: by Christie Marie Sheldon – is it any good?”